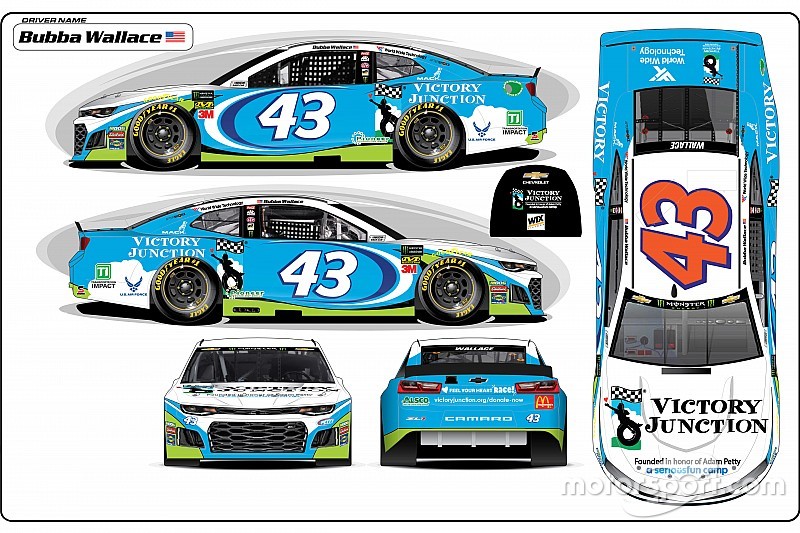 Through a donation to Victory Junction made by WWT founder and chairman David Steward and his family, Victory Junction will partner with Bubba Wallace, driver of RPM’s famed No. 43 Chevrolet.

Beginning this weekend at Pocono Raceway, Wallace will drive the No. 43 adorned with livery promoting Victory Junction. The livery will be on the car at least 16 races between now and the end of the season, team officials said.

The Petty family established Victory Junction in honor of the late Adam Petty, who died in a racing accident in 2000. Since opening in 2004, Victory Junction has delivered over 50,000 camp experiences to children and their families.

In celebration of their 15th anniversary season, WWT will leverage its strategic partnership with Wallace and RPM to donate to Victory Junction the creation and development of an advertising, fundraising and call-to-action campaign, “Feel Your Heart Race.”

WWT, a technology solutions provider, is one of the largest African-American owned businesses in the United States.

“Investments in diversity are critical for the long-term viability and future competitiveness of WWT.  The same applies to the sport of racing,” Steward said. “As the only African American NASCAR driver in over 40 years, we have been honored to support Bubba Wallace.

“With the Victory Junction alliance, we will celebrate and enable kids with diverse challenges and perspectives to reach their fullest abilities. ‘What you have done for the least of them, you have done for me.’

Wallace said the special partnership is a great opportunity for NASCAR fans to show their support for Victory Junction and ensure its longevity.

“Victory Junction not only gives opportunities to children that have boundaries in their lives – it gives them a chance to be a kid,” he said. “It’s just an incredible place. The camp makes these kids feel as special as they truly are.

Said Victory Junction president and CEO Chad Coltrane: “Thanks to the generosity of the Steward family and WWT, we'll be able to share the message of how Victory Junction helps children living with serious illnesses and medical conditions, and how fans can support that mission.

“We anticipate that other like-minded corporations and foundations will join WWT in the Victory Junction alliance in support of Bubba.”