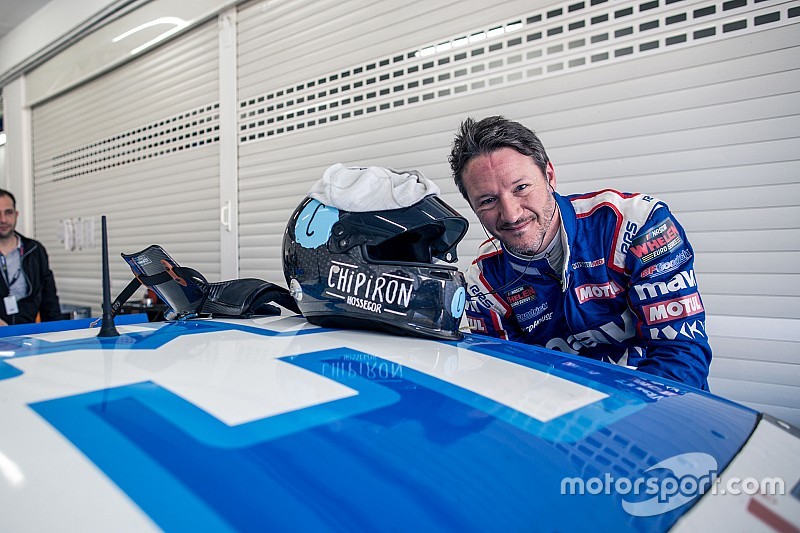 The closest NASCAR Whelen Euro Series championship will be decided at Zolder during a doubleheader weekend.

In the history of the NASCAR Euro Series the championship battle has never been so close. In the ELITE 1 division, four drivers are separated by 12 points. The top duo in the ELITE 2 championship is only two points apart.

The Finals of the Whelen Euro Series will take place at Circuit Zolder in Belgium on Oct. 20-21.

Lucas Lasserre from France is the front runner before the last two races, in which traditionally double points are awarded. He and his team Mishumotors from Germany took the lead at the iconic Hockenheimring course a few weeks ago.

The story of Lasserre and Mishumotors is a very special one because the team has few resources available.

“If I have an opportunity to win the title, I will take it,” said a relaxed Lasserre. “That’s it. And it would be the best memory and accomplishment of my entire career. Alon (Day) and Frederic (Gabillon) will feel a lot of pressure and I will be ready to take advantage.

“We don’t have the resources of the big teams, I’m doing this working as my own crew chief, with two mechanics and that makes it even more special.”

Day will enter the final weekend in second place only two points behind Lasserre.

The defending NASCAR Euro Series champion had the chance to take the lead in the standings at Hockenheim because Gabillon made a few mistakes. However, Day made a mistake in the last corner during the first race.

He tried to overtake the race leader Loris Hezemans and spun. So the potential lead in the overall standings was gone.

On Sunday, Day, who participated in the race of the Monster Energy NASCAR Cup Series in Richmond in 2018, won the race.

“I’m racing to win,” said the Israeli, who sits second in points, two marks behind Lasserre, two ahead of Gabillon and 10 ahead of Loris Hezemans. “Pressure or no pressure it doesn’t matter. I’m expecting myself to win every race I take part in. I don’t think very much about the championship.

“Or better, of course I do, but I try to focus mostly on the here and now, on winning both races and possibly avoid the mistake I made in Hockenheim. I know how to win at Zolder, I’m prepared and I’m sure my team will be, too.”

Gabillon, who dominated the regular season in the ELITE 1 division, is third in the overall standings before the Finals at Zolder. He is four points short of the leader. At Hockenheim the Frenchman experienced a real nightmare. In the first race, a puncture threw him far back. In the second race he crashed into Salvador Tineo Arroyo's car.

“Do you know a lot of championships in which four drivers have a chance to win the biggest trophy at the last race,” said the 11-time Euro NASCAR race winner, who finished second in points twice in his career. “I really don’t. That’s why Zolder is going to be a huge event for us, for the fans, for the teams and for the championship.

“We all have only one way to be the champion: we have to win.”

NASCAR Euro rookie Hezemans is also in the hunt for the title.

The Dutchman sits 12 points behind Lasserre and has proven in Hockenheim that he is already capable of winning in his first year in the NASCAR Whelen Euro Series. He will be the underdog for the races in Zolder, where many fans from the Netherlands will certainly cheer him on.

“I honestly didn’t expect to find myself in this situation at the beginning of the season, but we’re back in title contention and we’re the ones chasing them down. There’s nothing to lose now, let’s see what we can get out of it,” said Hezemans, who is also leading the Junior Trophy classification.

“I’m probably the one feeling less pressure, but it’s not going to be easy. If I have the opportunity to win the championship I will absolutely try to grab it and that will be my sole focus at Zolder. Things change really by the second in racing so I always try to keep an open mind and do my best.”

Excitement also in the ELITE 2 Division

“We had a lot of fun during both races at Hockenheim,” said the 19-year-old Memphis Racing driver, who won his first career race at Zolder in 2017. “I managed to run a good pace and put pressure on my competitors and we were happy to be able to win move to the top of the championship.

“It’s great to enter Zolder in first place, but there’s a lot more to do. Since the beginning of the season, we have a very good relationship with Memphis Racing. Alexander (Graff, ndr.) and the team are a good group, we are all progressing together.”

NASCAR Roundtable: Was the Charlotte Roval a success?