Armstrong and No. 43 Team bring new setup to Fontana

Charter featured on the No. 43 Ford Mustang in Fontana

It's no secret that the Nationwide team at Richard Petty Motorsports isn't getting the finishes they expect, but they're looking to change that this weekend at Auto Club Speedway. With new driver Dakoda Armstrong, the team is still working on matching the set up to Armstrong's driving style. As they head into Fontana, there won't be much that will be the same on the No. 43 Ford Mustang as Crew Chief Philippe Lopez is taking the setup in a new direction from year's past.

Fontana is one of seven tracks on the Nationwide schedule that Armstrong has competed, and he has a fondness of the track. His campaign last year for Richard Childress Racing was impressive for his first trip to the two-mile track where he earned a 15th-place finish. 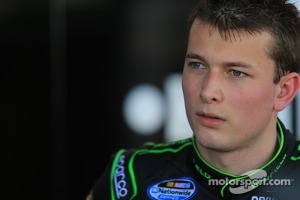 For the second week in a row the No. 43 Ford Mustang will have a new look. Long time Richard Petty Motorsports partner, Charter Communications, will make its debut on the No. 43 Ford. The communication company is the fourth-largest cable operator in the United States.

"Fontana is actually one of my favorite tracks that I've raced so far. My first time there was last year in the Nationwide series, and I was really worried about it because everyone says it's a really rough track and there's no grip, but I actually thought it was fun with the multiple grooves. The track wore out tires quickly so it made it really racey and slowed the pace down, but you're able to try different things and grooves on the track.

"I think the key will be to make sure that we're good on the long green-flag runs. Usually, Fontana has a lot of green flag pit stops, so we'll need to make sure we bring our A-game to pit road to help us gain positions on the track."

JGL Racing dismisses Dakoda Armstrong due to lack of sponsorship