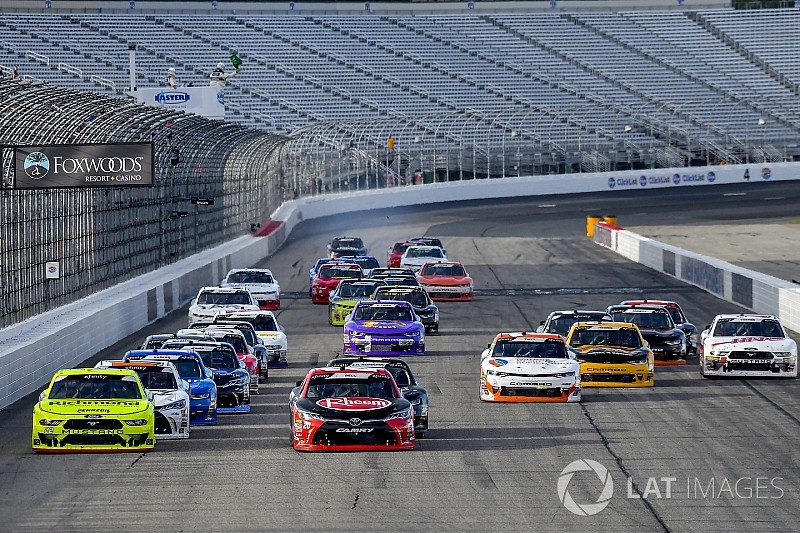 If you want to be the best race car driver you possibly can, shouldn’t you want to compete against the best? Christopher Bell certainly thinks so.

Bell, a Toyota Racing Development driver, picked up his third NASCAR Xfinity Series victory of the season on Saturday at New Hampshire Motor Speedway and fourth of his young career.

Perhaps more importantly, it was also his second consecutive win and in both of them he held off a full-time Monster Energy NASCAR Cup Series driver to secure the victory. Saturday, it was a duel with Brad Keselowski. Last weekend at Kentucky, it was Kyle Busch.

Over the years, NASCAR has been trying to walk a difficult tightrope in promoting Xfinity as a developmental series while also taking advantage of the star power when some of the Cup series’ biggest names enter races.

NASCAR has even unveiled limitations to Cup drivers’ participation in recent seasons and may be considering even more for the 2019 season.

Strangely enough, the complaints about Cup drivers’ involvement in Xfinity or even Truck races comes more from fans than the participants themselves.

Bell, 23, offered an impassioned defense of racing with Cup drivers following his win on Saturday and this comes from a driver who recently said he believed he should be winning more with the opportunity he has at Joe Gibbs Racing.

The most frequent complaint about Cup drivers entered in Xfinity races is that they deny series regulars the opportunities for victories, but Bell will have none of it.

“You know, ever since I was a kid, growing up sprint car racing, I strived to go race with the World of Outlaws because they were the best. And so, I’ve strived to race with Kyle Busch and Keselowski and all those guys.

“I love racing with the best. I want to be the best.”