McRae's nephew to race open-wheelers in 2020

Max McRae, nephew of the late Colin McRae, will make his car racing debut in the West Australian Formula 1000 series next year. 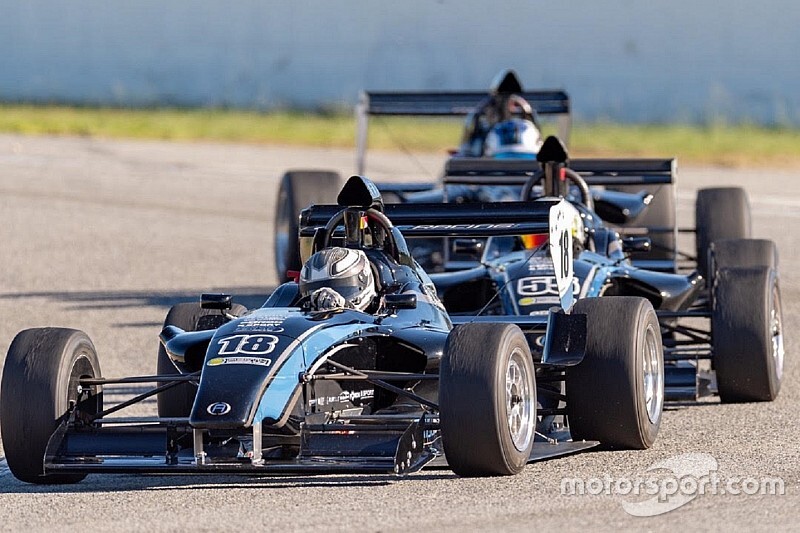 Despite his family's deep ties with rallying, not just through Colin McRae, but grandfather Jimmy and father Alister, the 14-year-old could be facing a career in circuit racing.

He's secured a fully-funded drive in the state-level Formula 1000 series for 2020, thanks to winning the recent Arise Racing Driver Search in his native Perth.

The 14-year-old impressed a judging panel that included Supercars ace Nick Percat enough to get the nod over a number of other young hopefuls vying for a free ride.

The competition was staged over three rounds, the drivers judged on their efforts in a Radical sports racer.

"I can’t really believe it at the moment, and I can’t wait to get behind the wheel of the F1000," said McRae.

"Winning the Driver Search means a lot. It’s awesome that Arise Racing have put this programme together. Working and learning from the coaches really helped me get up to speed in the Radical.

"I've enjoyed every bit of it and I can’t wait to keep on learning with the team next season."

According to Bathurst winner Percat, it was McRae's pace and composure that made the difference in the judging.

"It was seriously impressive seeing how he handled the whole thing, nothing seems to phase him," said Percat.

"He looks like he's two seconds off the pace when you watch him, and then you see the stopwatch and you go 'hang on, he's really motoring'.

"He was a standout, he was the fastest and the smoothest – which doesn't always match the McRae name!

"He listened the whole way through. It wasn't all about lap time, there were a lot of boxes that needed to be ticked like data and even the way they presented themselves and spoke."

Percat, meanwhile, will return to the Formula 1000 series himself this weekend as he looks to improve on the lap record he set back in July.

"I've seen a 52s-lap on the dash before, but the Natsoft timing loop is slightly different," said Percat.

"I'm in the boss's car this weekend and the pedal box is a bit more accomodating for a tall person like myself. I sat in it the other day when I was in Perth for the Driver Search, and I thought 'yeah, there's a bit of time to be found here'.

"We'll put some new tyres on and have a red hot go. It's such a fun car to drive and the Arise crew do such a good job.

"For me it's all about having fun and enjoying my racing with no pressure. I just get to have a skid and race against some of the other coaches and competitors."

Randle to make S5000 debut at The Bend