A decade after being diagnosed with brain cancer, Jeff Morton can now lay claim to the production car lap record at Mount Panorama.

The achievement carried added significance for the Sydney businessman and keen track day enthusiast, who was told it was unlikely he'd ever drive a car again when he was diagnosed with a brain tumour a decade ago.

The extensive removal and treatment process, which included radiation and chemotherapy, meant he couldn't even drive a road car for at least a year.

Once the cancer was in remission he set about returning to the road, before beginning the long way back to a Motorsport Australia competition licence – which required five years worth of health checks before being approved.

He returned to competition with a pair of successful tarmac rally outings earlier this year, winning the Mt Baw Baw Sprint and the Lake Mountain Sprint.

When the pandemic saw the rest of the tarmac rally season cancelled, he set his sights on Challenge Bathurst and the production car lap record at the famous Mount Panorama circuit.

“When COVID hit and all the tarmac rallies were cancelled, I had to adapt my 2020 programme because I needed more seat time to familiarise myself with the car, and I also wanted to deliver value to my partners, like Porsche Centre Sydney South and Goodyear.

“I saw the previous lap record was a 2m16.5s and I thought it would be a cool benchmark to aim for.

“There are professional drivers who have set lap records at famous circuits all over the world, and here I am, an amateur driver with very limited circuit experience, setting the production car record at a place of the stature of Mount Panorama – I can’t quite believe it.

“To go more than two seconds faster than the previous record says a huge amount for the 911 GT2 RS. I drove with all of the assists turned on to achieve the record and the car did it comfortably.” 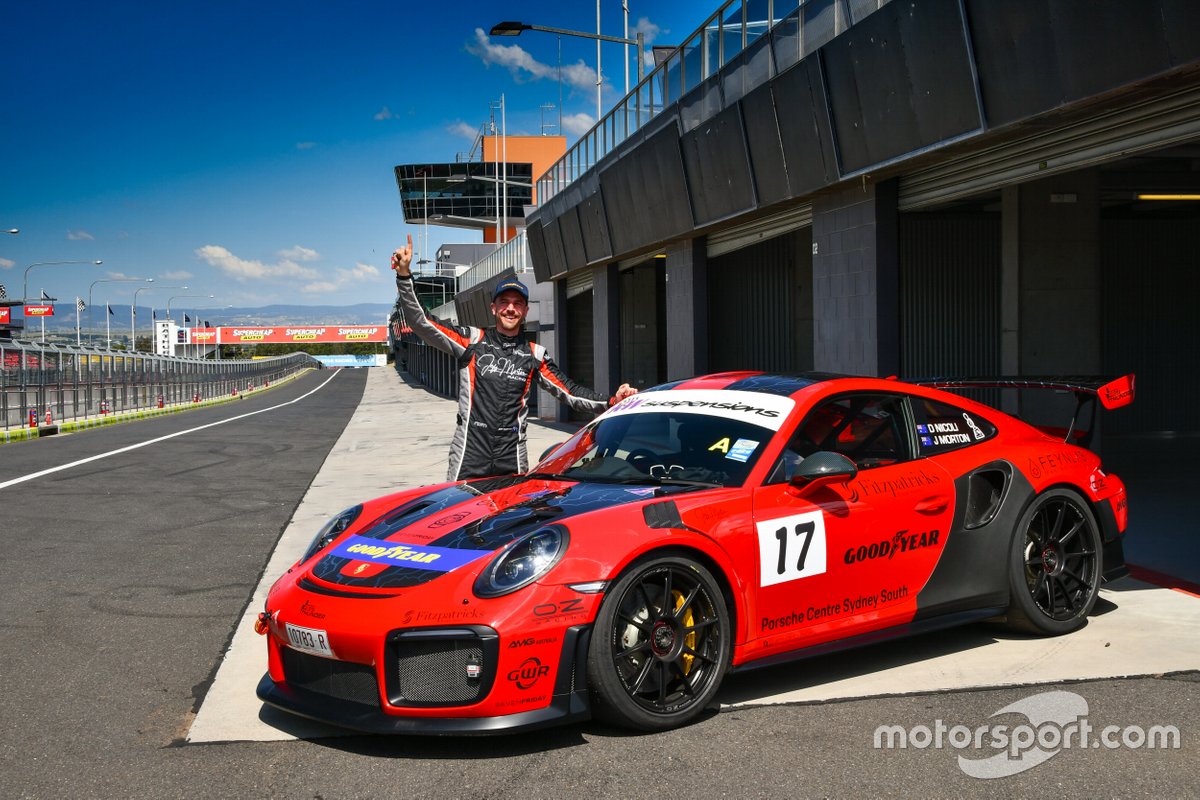 NASCAR legend Jeff Gordon will get back behind the wheel of a race car in a surprise one-off appearance in the Porsche Carrera Cup of North America next month.

The full track schedule for the 2022 Australian Grand Prix at Albert Park has been revealed.

Angelo Mouzouris will race in both Super2 and Carrera Cup this season.