Off the back of a record-breaking debut season in the GT3 Cup Challenge in Australia, newly-crowned champion Jordan Love is poised to make an early Carrera Cup debut, and already has his sights set on a future in Europe.

Matt Campbell’s success in the Porsche Supercup this season has proven the merit of Porsche’s two-tier structure in Australia beyond doubt.

The pathway is clear – the GT3 Cup Challenge on the Shannons Nationals bill, Carrera Cup on the Supercars support card, and then a spot in the Porsche Motorsport Junior Programme Shootout and a potential Supercup drive.

As Campbell develops into a race winner on the big stage in Europe, the next wave of potential Porsche stars are already cutting their teeth in Australia.

And in the box seat to be Porsche’s next home grown talent is Jordan Love, the 18-year-old West Australian who won a record-breaking 12 consecutive races on his way to wrapping up the GT3 Cup Challenge in his debut season.

The former open-wheeler star is now set to make his Carrera Cup debut at Sandown this weekend, and has bold plans to use the Porsche system to help him realise his European dream.

We sat down for a one-on-one with the new GT3 Cup Challenge Champion.

MOTORSPORT.COM: As far as debut seasons go, you can’t ask for much much more than that…

JORDAN LOVE: I can’t complain! Going into the season I didn’t really expect this top happen, but after a few rounds it occurred to us that it might be possible. I kept my head down all year and did my own thing, just chipped away at it little bit by little bit. And it paid off.

Coming off the back of a season in Formula 4, that’s a big change.

Yeah, it’s completely different. You’re going from a an open-wheeler with slicks and wings to a sedan with a whole heaps of grunt and not much aero. So yeah, it’s a totally different driving style.

I did a fair bit of testing in the early part of the season to get my head around the differences between the cars, and that helped me adapt quite quickly.

Sonic Motorsport is a team with a lot of experience when it comes to taking drivers with an open-wheeler background and getting them up to speed in a Porsche. How helpful has it been being in that environment?

You’re exactly right. I’ve loved working with the guys from Sonic, it’s been a great experience. It’s something I’m looking forward to carrying on for the next couple of years. 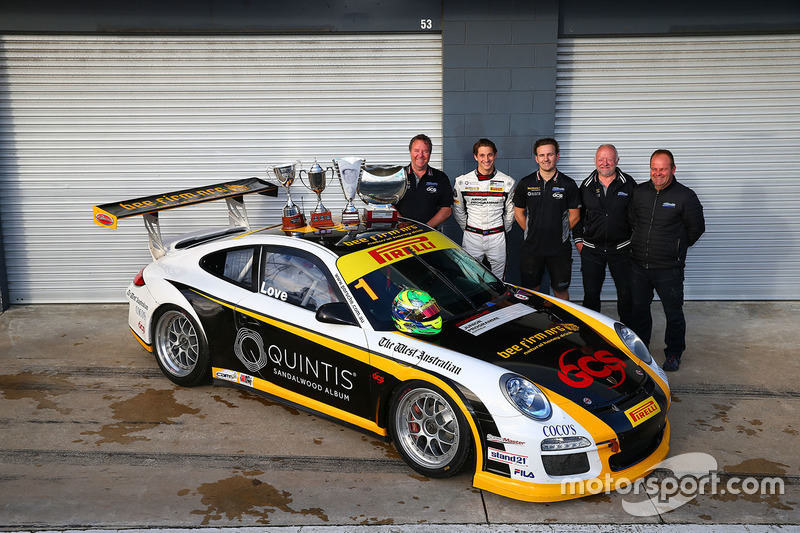 So that would suggest that you’re planning a full-time move to Carrera Cup, off the back of the three rounds you’ll do between now and the end of this season…

I’ve got Sandown, Bathurst, and the Gold Coast coming up over the next few weeks. Obviously the biggest thing when you’re trying to make a career out of motorsport is that you’ve got to be in a car as often as possible. You’ve got to do the miles. The GT3 Cup Challenge season is over now, and there’s a big gap until the Carrera Cup season starts next year. So we’ll try and do as much as we can between now and then.

Hopefully we can then get some sponsorship money together and do the full Carrera Cup season in 2018.

There’s a new Carrera Cup car coming, but there’s obviously still some value in getting a sneak peek of what’s ahead of you with the three rounds this year.

It’s a bigger change than I expected from the 997 to the 991 – I got to drive one last weekend, which was wicked. But to be about to step into that and adapt to that, it should make the transition to the new car a bit easier compared to going from the 997 to the brand new car. 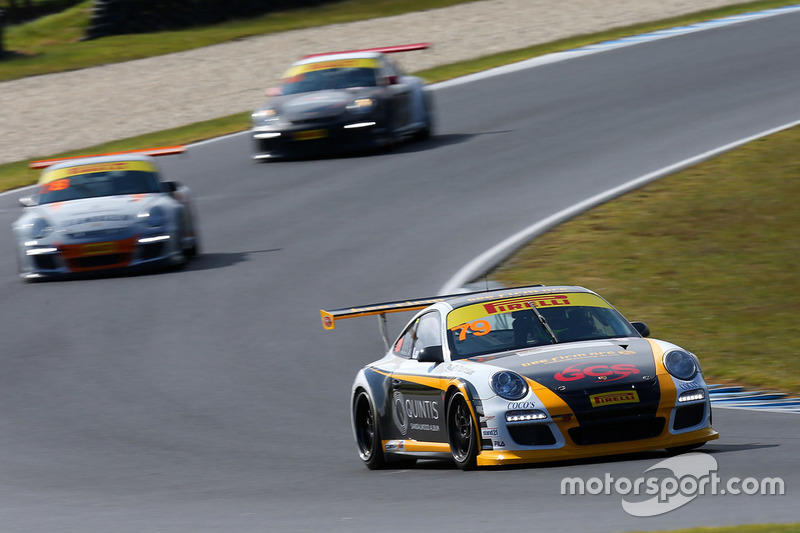 It’s a could change to race against the best of the best in terms of Porsche drivers, too. Are you expecting a decent step up in terms of the competition?

Yeah, it’s definitely a step up. It’s going to be a massive learning curve, but I’m really looking forward to it. It’ll be really interesting to go and play with the big boys.

What are your longer term plans? You’re in the Porsche family, part of the driver development programme, and we’ve seen that take Matt Campbell all the way to Europe. Are you keen on trying to leverage the Porsche relationship to get overseas?

But the dream has always been to head overseas, so I’d love to do a year or two in Carrera Cup here in Australia and then hopefully end up in Europe. That’s the goal, that’s the dream.

Porsche Cup Brazil to be broadcast on Motorsport.tv

Porsche Cup Brazil to be broadcast on Motorsport.tv