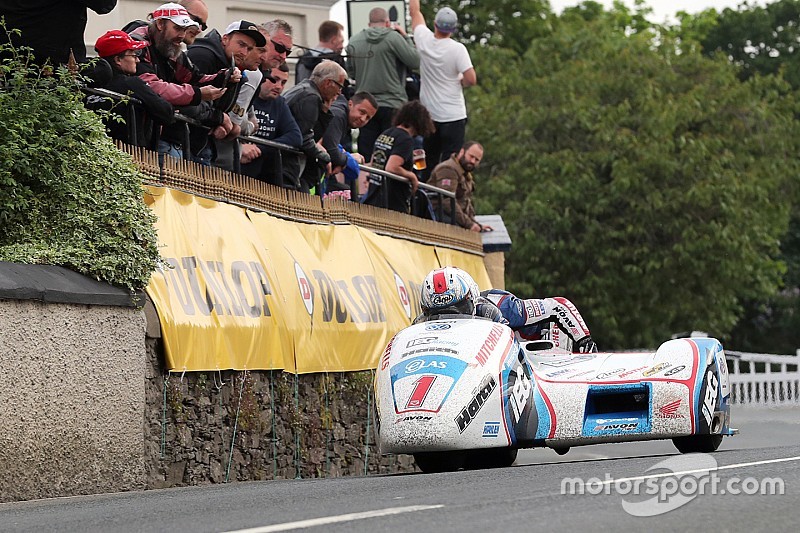 Ben and Tom Birchall romped to a second Sidecar victory in the 2018 Isle of Man TT, smashing the lap record to claim their eighth island wins.

The Sidecars had their first race of the week last Saturday, when the Birchalls claimed their seventh TT victory with a new record lap of 118.694mph.

And the Mansfield brothers were once again in imperious form as the second three-lap Sidecar outing kicked off the final day of racing for the 2018 TT.

John Holden and Lee Cain were able to take the lead on the run through Glen Helen on the opening lap, but were quickly usurped by the Birchalls across the rest of the lap, who opened up a lead of 1.8s across the start/finish line at the Grandstand.

This gave them a lead of 15s to start the final lap over Holden and Cain, which they eked out across the final tour to over to 20s to secure their eighth TT victory and complete the 2018 Sidecar double.

Holden and Cain held on to finish second once again, while Tim Reeves and Mark Wilkes made it back-to-back third-place finishes.

Alan Fowndes and Jack Lowther were a distant fourth, while Lewis Blackstock and passenger Patrick Rosney completed the top five.