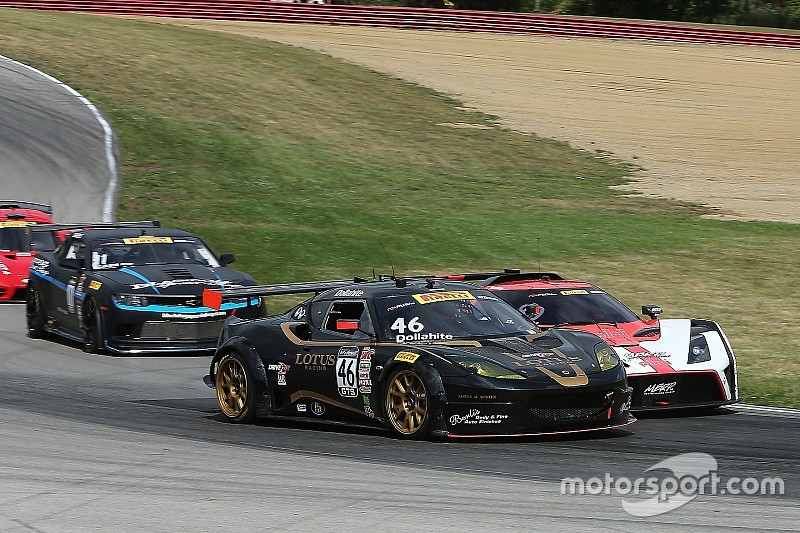 Scott Dollahite overcame Ian James to win the opening GTS race of the weekend at Austin’s Circuit of the Americas.

GTS-Pro driver James led the field to the green flag in the No. 50 Panoz Avezzano GT, but he lost the overall lead on the opening lap to Am driver Dakota Dickerson. Dickerson, piloting the No. 25 KTM X-Bow GT4 controlled the early stages of the race with little contest from behind.

Dollahite, driving the No. 46 Lotus Evora, stalked James for several laps before making a successful pass at the halfway point of the race. With 20 minutes remaining in the race, Dollahite then dispatched Dickerson for the overall lead. James quickly followed through but with clean air on his nose, Dollahite was able to pull away from the Panoz driver.

Dickerson, despite losing the overall lead, held a very comfortable margin over his fellow GTS-Am drivers, which exceeded 20 seconds at one point.

However, it fell apart with just under two minutes to go when Dickerson pulled to the side of the track, off the pace. This handed the victory to George Kurtz in the No. 04 McLaren 570S GT4. Tony Gaples was second in the No. 11 Chevrolet Camaro GT4 and Carter Yeung third in the No. 7 Porsche Cayman GT4.

Rodrigo Baptista ran inside the top three for the majority of the race, but lost his place on the podium with just ten minutes to go. This was thanks to Chase Parker, who came all the way from the rear of the field in his Ginetta G55 to finish third in the Pro class.

On the final lap, he made a run at James, but was unable to complete the pass. At the checkered flag, Dollahite’s advantage was 3.1 seconds.