Welcome back: After a tough year, Bob Stallings returns to the track 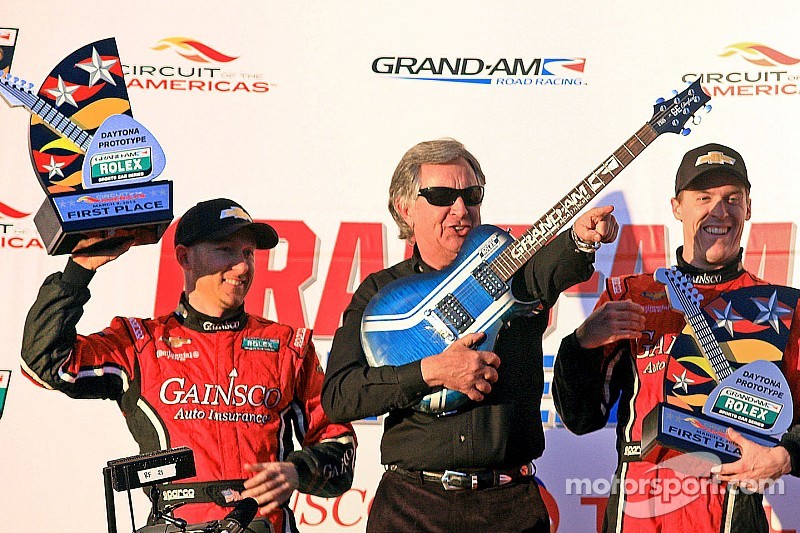 But not in the TUDOR Championship.

It was a tough 2014 for Bob Stallings and his GAINSCO/Bob Stallings race team. They entered the first Tudor United Sports Car Championship (TUSC) race, the Rolex 24 at Daytona with an obvious chance to win, boasting pole position for the No. 99 Corvette DP “Red Dragon” piloted by regular drivers Alex Gurney, Jon Fogarty and added the estimable Memo Gidley and Darren Law. An impressive lineup to be sure.

Everything was going smoothly before Gidley came upon the distressed Ferrari F458 Italia of Matteo Malucelli, whacked it and nearly lost his life. As Gidley survived in the Daytona Beach hospital, it was Bob Stallings who stayed by his side to aid and comfort and who saw to it that Memo had what he needed to recover from his horrid injuries. The team, after that, was gone. Stallings didn’t want to - or couldn’t bring himself to - regenerate the TUSC squad. There was more lost than money.

Added to Stallings’ difficulties were those ongoing with the Tudor series, which had growing pains particularly in the technical arena. There were bad calls by race control throughout the year - albeit primarily at the start of the season - and noted defections kept occurring as dissatisfaction mounted.

Bob Stallings Racing and his GAINSCO Insurance Co. sponsor made the conscious decision to sit out the balance of the TUSC season and make its future racing operations known afterwards.

Back to the track

They announced that decision today. Stallings, who knows there’s nothing else quite like motor racing to salve his soul, has decided to enter the Pirelli World Challenge in 2015 with a single entry in the very competitive GTS category. Jon Fogarty will be driving a Hyundai Genesis Coupe for GAINSCO/Bob Stallings Racing, using the great No. 99 and famed “Red Dragon” livery in 2015 and beyond, the team stated.

Fogarty will also take part in the TUSC North American Endurance Championship but his primary emphasis in 2015 will be to assist this GAINSCO/Bob Stallings Racing team in learning their new car and new series with a look to taking the PWC GTS championship in 2016. He currently holds the record for most pole positions in the former Grand-Am Rolex Sports Car series, with 25 poles to his name. Fogarty won the Toyota Atlantic Championship in 2002 and 2004 and most certainly should have been a candidate for the Verizon IndyCar Series, but went racing with the Stallings team and co-driver Alex Gurney after that.

“I know there will be a learning curve with a new car, new format and new series,” he admitted, “but a part of me feels as though I am returning to a place I’m very familiar with: sprint format races. The shorter race distance and the fact that we will have a GT-only field, will be much like my Atlantic days. Combine that with the fact that we will be running alongside INDYCAR and I will have a big-time deja vu!”

Part of the rationale for going with Hyundai’s wonderful Genesis coupe is the fact that GAINSCO has recently purchased a Dallas-based Hyundai dealership, making this a fitting role to showcase the V-6 Hyundai Genesis coupe. The PWC celebrated its 25th anniversary in 2014 and its growth pattern is on an upswing, due in parts to good management, to the fact that the premier GT championship highlights GT3 cars that can race worldwide, and its youth-oriented sprint races of short duration (50 minutes).

It’s not known whether Hyundai Motor America has an interest in this program; the company recently declined to renew its relationship with Rhys Millen Racing, which won three Global Rallycross contests for them this year.

GAINSCO to return in 2015, plan to compete in PWC