Five storylines to follow this year in Super Formula

The 2021 Super Formula season kicks off this weekend at Fuji Speedway, and there have no shortage of talking points after two pre-season tests. Jamie Klein selects five of the most significant to keep track of.

The hot topic in pre-season testing has unquestionably been Naoki Yamamoto’s tough start to life at Nakajima Racing. Just two years on from switching from Team Mugen to Dandelion Racing, Yamamoto got itchy feet again, lured away from Dandelion by the prospect of becoming Nakajima’s first champion since Loic Duval in 2009 and working with renowned engineer Yuki Katoh, who took Alex Palou to within a whisker of the crown in 2019.

The relationship however is off to a sluggish start. Less alarming than his position on the timesheets in testing - 14th at Suzuka, eighth at Fuji - has been the gap between Yamamoto and teammate Toshiki Oyu, around eight tenths of a second. Considering Oyu is 10 years the junior of Yamamoto and has just seven SF starts under his belt, it doesn’t look good for the man who hopes to match Satoshi Motoyama’s tally of four titles this year.

Speaking after the second day at Fuji, Yamamoto tried to look on the bright side: “It’s inevitable that not everything will go well for the whole season, so I think it’s important to be able to find the cause of what’s going wrong during the hard times. In that sense, I don’t think this bad experience [in testing] has been a waste, and I don’t want to waste it. 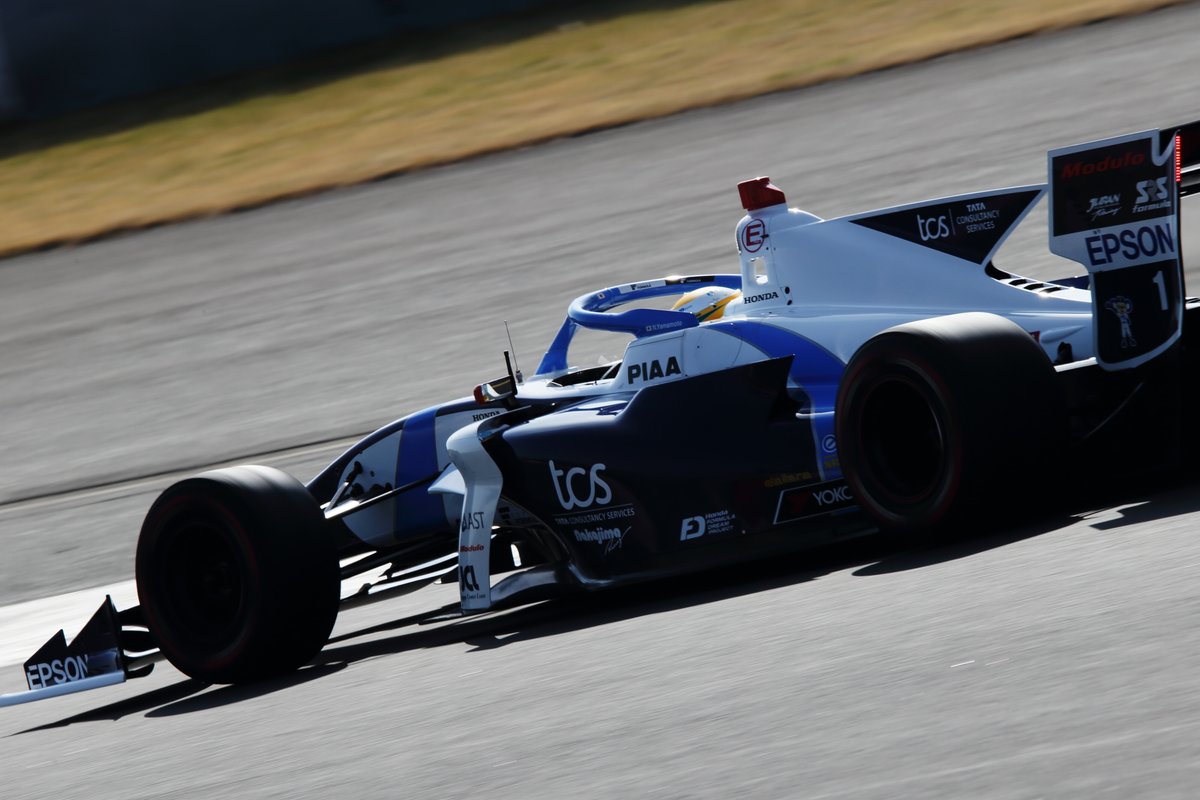 “Having a three-time champion on board creates some pressure for the team. While I’m grateful for the trust they have in me, I’m disappointed with myself for not living up to that trust. Every year there is pressure, but I think to have a different type of pressure to a usual year is quite motivating. No two seasons are exactly alike. I always have the feeling of not wanting to lose, but it’s refreshing to have this feeling.”

Turning around such a disastrous start to the season promises to be Yamamoto’s biggest challenge in Super Formula since going up against now-F1 grand prix winner Pierre Gasly at Mugen four years ago - and how he responds could go some way to defining his legacy as he stakes a claim for a place among the pantheon of Japanese domestic racing greats.

“It’s down to me whether this challenge finally succeeds or fails, but I came here thinking I could succeed. If I had stayed at Dandelion my chances of defending the title might have been better. But I moved to this team because I felt their potential, and we won’t know until the season whether I was right or not. It was my decision, so I don’t regret anything.”

Hirakawa’s third season driving for Team Impul signified his transformation from occasional victory contender to genuine title threat - and he can consider himself desperately unlucky to have come up two points short of beating Yamamoto to the title. The bad pitstop at Autopolis; the ‘100 yen’ part letting him down in Suzuka qualifying, the four-way crash that same day that sent him hurtling into the barriers; if any of those three events hadn’t occurred, he would have almost certainly walked away with the crown.

This year, Hirakawa goes into the season for the first time as one of the favourites for the championship, perhaps the favourite considering Yamamoto’s situation. And he was the most consistent across the two pre-season tests, topping the charts at Suzuka before going third-fastest at Fuji, further underlining his status in the eyes of many as the driver to beat.

But Hirakawa reckons Toyota’s power deficit to Honda is likely to prove a handicap again, especially at the Fuji season opener, citing Oyu’s searing pace at the track in testing. 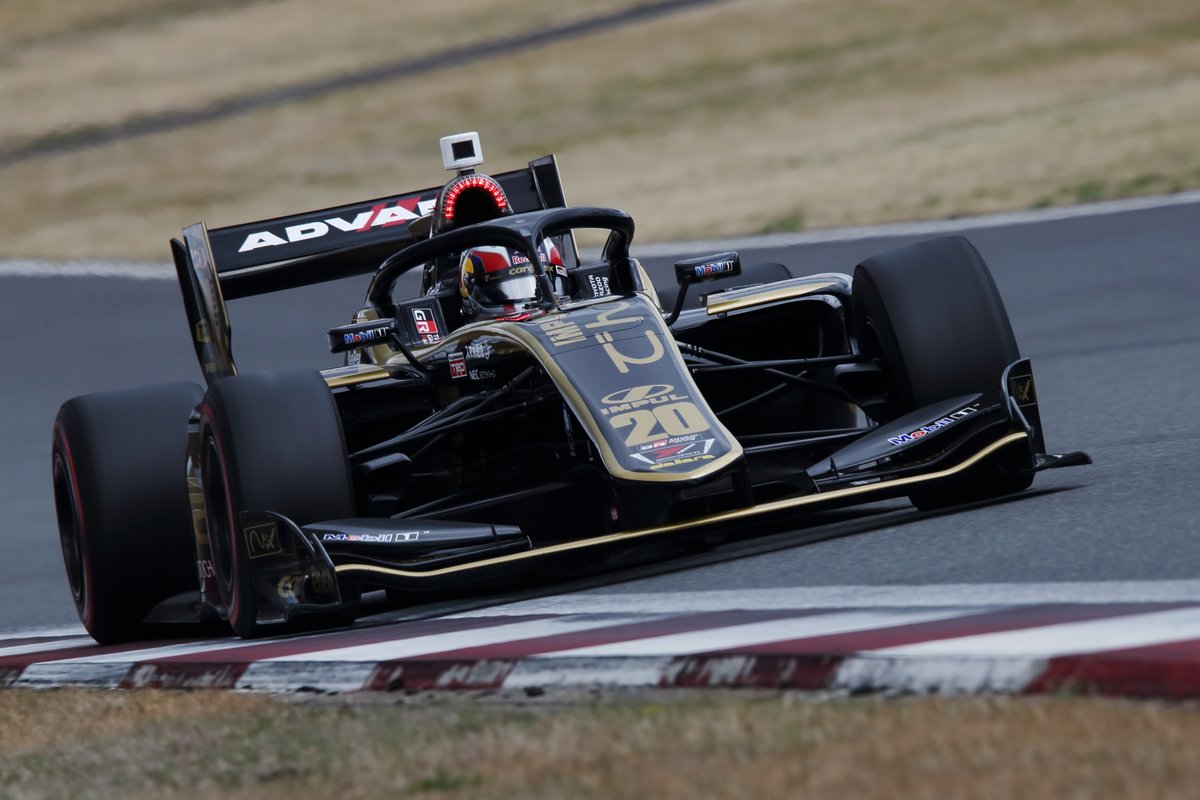 “Toyota is in the same situation [as last year] in terms of engine performance,” he says. “We are using less wing but we are still the same or even slower than the Honda guys, who have more downforce. So it’s going to be a tough season coming up. I’ll be happy with a podium at Fuji, but my main target [for race wins] will be Motegi, Autopolis and Sugo.”

With the exits of Nick Cassidy and Hiroaki Ishiura, Hirakawa also goes into the new season as clearly the Toyota contingent’s strongest hope against the Hondas. Asked to name his closest competitors for the title, he named Oyu, Nirei Fukuzumi and Yamamoto, whose slump he doesn’t expect to last. But, speaking of Oyu and Fukuzumi, he notes: “Last year they were not really consistent, but this year I think they will be tougher opponents.”

While Yamamoto has dominated the headlines recently with his struggles, the team that the three-time champion left behind, Dandelion Racing, has been quietly getting on with preparing to defend its 2020 drivers’ title. And the unfortunate absence of Tadasuke Makino, still recovering from the meningitis that kept him out of action in last year’s season finale at Fuji, means sometime GP3 and F2 racer Fukuzumi finds himself thrust into the default team leader position at the age of 24.

In 2020, Fukuzumi was rather unlucky to only come away with a single podium finish during a campaign in which he was often a match on sheer speed terms for Yamamoto. But, what he lacked, besides the rub of the green at Autopolis and Suzuka I (both races where he deserved a top-three finish), was consistency, especially in qualifying.

Now married to his long-time sweetheart Ayami and working with Yamamoto’s old crew chief Kimitoshi Sugisaki (who also engineered Stoffel Vandoorne back in 2016), Fukuzumi goes into this third season as a Dandelion driver with a great chance to establish himself as one of Super Formula’s elite crop, all the more so considering Makino’s absence. 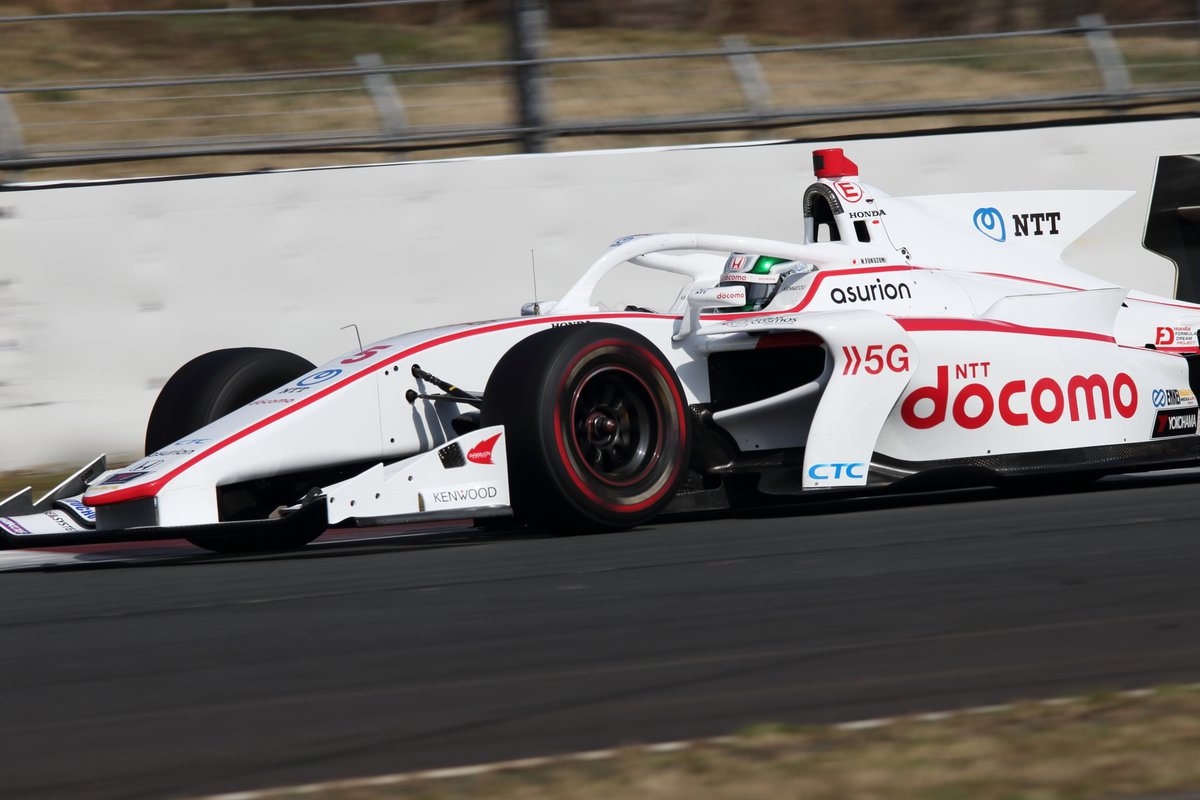 “it’s a good opportunity,” acknowledges Fukuzumi. “Until last year, Naoki was making a lot of the set-up decisions, and I got a lot of information from that side of the garage. But now I have to do everything myself with my engineer [Sugisaki]. Of course the target this season is to fight for the championship. But I need to be very consistent, this is the key."

Topping the final day of pre-season testing at Fuji was an encouraging sign for Fukuzumi, although he admits that over a lap Oyu is probably still slightly ahead. He says: “I think the conditions won’t be the same for the race weekend, so I never believe the testing results. It’s my third [full] season, so I know the circuits, the car and how to race. Hopefully it will be better. Now there are no excuses. I just need to focus and do my job properly.”

Yamashita aims to lead Kondo Racing out of the doldrums

Considering the state of Kondo Racing’s late-2020 form, it’s easy to forget that the outfit owned by Japanese singer-turned racing driver Masahiko ‘Matchy’ Kondo won the teams’ title as recently as 2018 with Nick Cassidy and Kenta Yamashita. With Yamashita joined by another young, hungry international driver in the form of Sacha Fenestraz last year, it seemed similar success was on the cards, especially after a strong two-three at Motegi.

Alas, that was as good as it got for Kondo all season, with neither Yamashita nor Fenestraz making it on the podium again all year. The team failed to improve on the previous year’s sixth in the team’s standings, with qualifying proving a particular bugbear as the year went on - Yamashita started both Suzuka races from 16th and the Fuji Speedway finale from 14th. 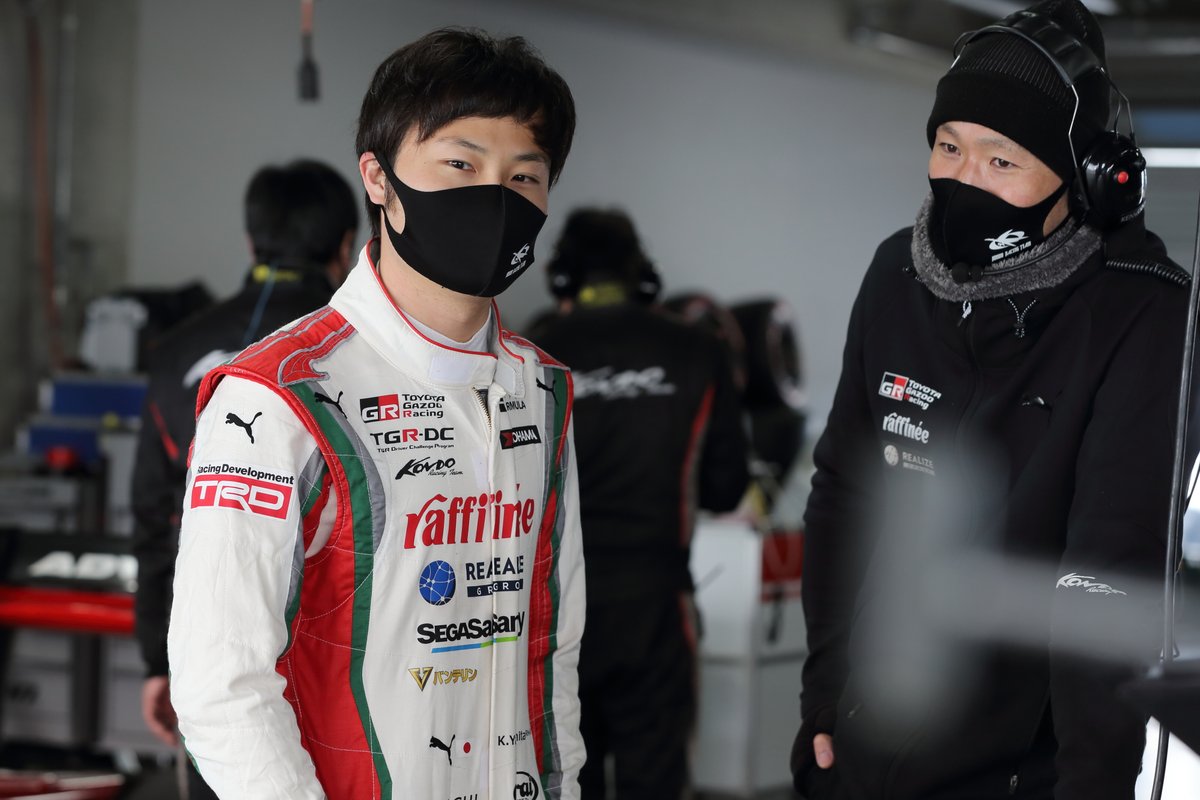 With Fenestraz still not able to get back to Japan due to visa trouble, it falls to Yamashita and ace engineer Kazuya Abe (the architect of Yamamoto's first two SF titles) to lead Kondo out of its present funk. But the signs from Fuji testing weren’t encouraging, as Yamashita was only 14th-fastest and his temporary teammate Yuichi Nakayama was 17th.

“We have the same problems as the second half of the year,” reflected Yamashita at Fuji. “From Sugo [Round 3] onwards, we were struggling. We tried a lot of things on the set-up, and we improved a bit on the final afternoon, but still it’s not that good. It’s frustrating, and a bit stressful, when you are always P10 or below. In the opening race I’d somehow like to get into Q3, but I think it will be hard. If possible I’d like to finish in the top five.”

One small piece of good news for Kondo is that Motegi, ostensibly the team’s strongest track, is set to appear twice on this year’s calendar. Another is that, unlike last year, Yamashita won’t be missing any races for travel reasons, although it still remains to be seen if Fenestraz will make it back for the second round at Suzuka later this month. But the opening couple of races at least look like they are going to be difficult.

The make-up of the Super Formula grid has undergone something of a transformation in the last couple of seasons. As recently as 2018, the median age of the grid was 31, but now it’s down to 26.5 following the retirement of the series’ elder statesman Hiroaki Ishiura and the arrival of a fresh crop of rookies: Ritomo Miyata, Sena Sakaguchi, Kazuto Kotaka and Hiroki Otsu. Exactly one third of the field on Sunday at Fuji will be under the age of 25.

Taking over from Ishiura as the oldest driver in the field is TOM’S man Kazuki Nakajima, who is set to miss a decent chunk of the season due to his WEC commitments for Toyota. But he will be on duty for at least this weekend’s curtain-raiser at Fuji, where he will share the TOM’S garage with a driver a full 15 years younger in the form of Miyata. 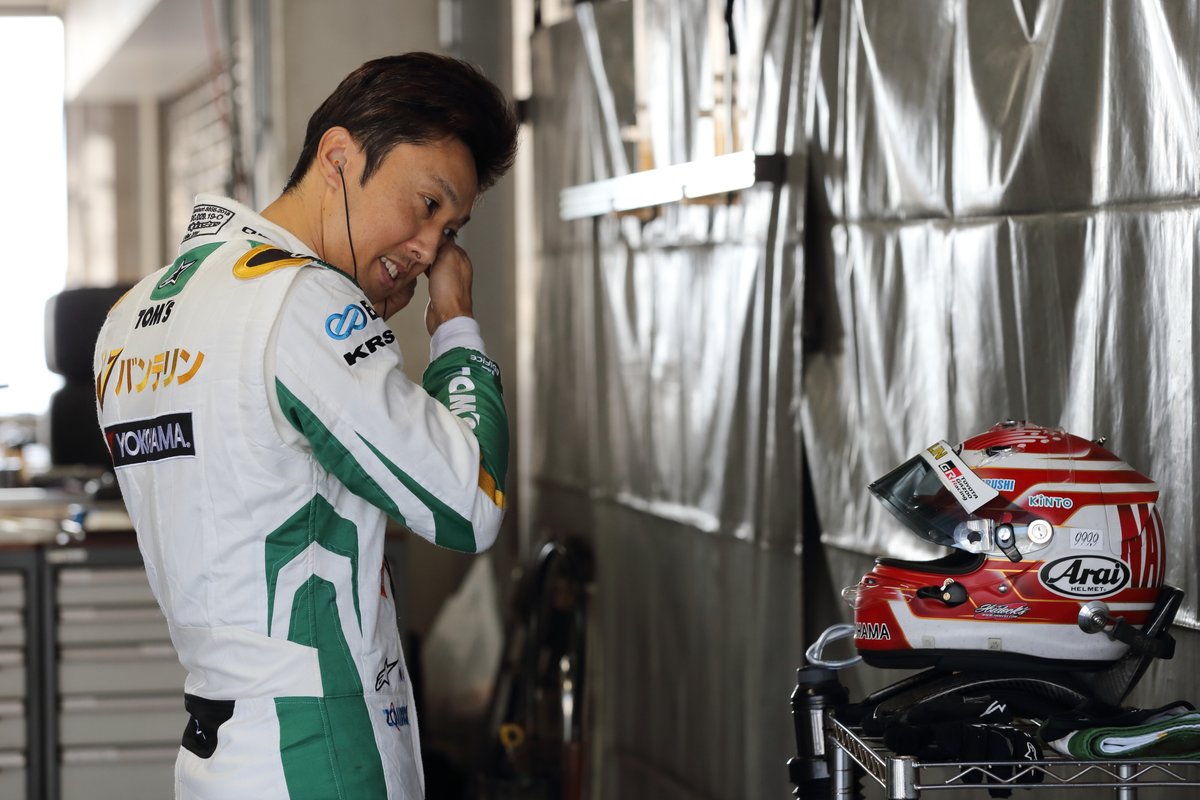 Asked for his views about the recent influx of young guns, Nakajima replies: "I think it’s interesting for the fans. Personally, I don’t feel old, although I am missing Ishiura-san! But in the end I don't think age means much. I am still fit, and I am still confident in the car. And of course, to see young guys coming in if they perform well is something we should welcome.

"I do feel the age difference [with Miyata], that’s for sure. But his driving style is maybe closer to mine than Nick [Cassidy]’s was, and also in terms of preferences for set-up. I guess we can work well together, even more so than last year, and in terms of one-lap speed I think I can learn from him. It should be good for the team."

Ishiura’s disappearance leaves only a handful of over-30s left on the grid. At Suzuka, where both Nakajima and Kamui Kobayashi will likely be absent, Yuhi Sekiguchi (who only debuted in 2016!) is poised to take over as the oldest driver in the field. With more youngsters waiting in the wings, including some who are set to get some SF experience this season, the pressure is on the experienced drivers like never before to prove they still belong.