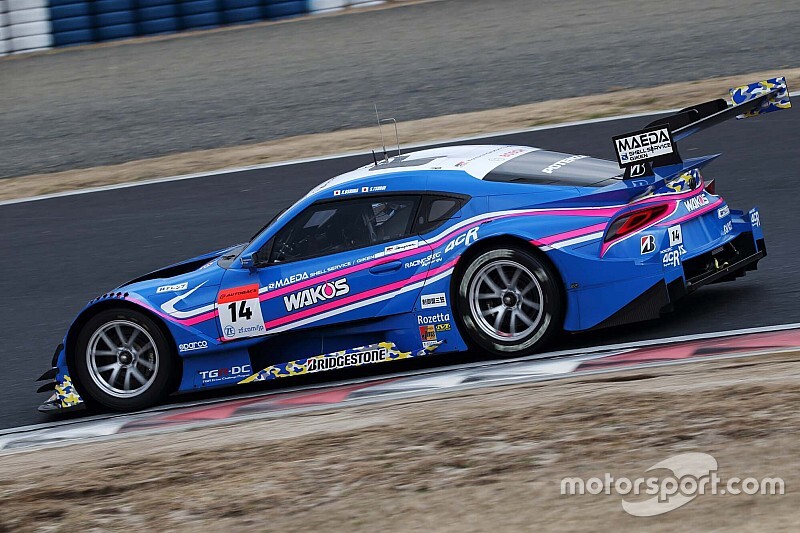 The Cerumo Toyota squad topped both sessions on the second and final day of SUPER GT's Okayama pre-season test on Sunday with its pair of brand new GR Supras.

Sho Tsuboi set the pace in the closing moments of the morning session that was disrupted by no fewer than five red flags at the wheel of Cerumo's #14 car, setting a best time of 1m18.123s and leading a Toyota 1-2 ahead of TOM'S driver Yuhi Sekiguchi.

That turned out to be the day's quickest time, as Hiroaki Ishiura's best effort in the afternoon session of 1m18.193s in the sister #38 machine fell just 0.070s short.

However, Bertrand Baguette's Saturday benchmark of 1m17.850s, set at the wheel of the Real Racing Honda NSX-GT, was not bettered.

Sekiguchi's time in the #36 TOM'S Supra in the morning session was good enough for third overall behind the two Cerumo-run cars, with Baguette once again finishing up as top Honda driver in the #17 machine, just a further 0.007s back.

Nissan's Ronnie Quintarelli was second-quickest in the afternoon, his early effort of 1m18.409s standing until Ishiura went quicker a little over an hour into the session. The time was good enough for fifth overall in the Michelin-shod #23 GT-R.

The ARTA squad failed to improve on its best time from Saturday, Tomoki Nojiri setting the day's sixth-fastest time ahead of Honda stablemate Naoki Yamamoto in the Team Kunimitsu NSX-GT and the Impul Nissan of Daiki Sasaki.

Completing the top 10 overall were the SARD Toyota, driven by ex-Formula 1 driver Heikki Kovalainen, and the Yokohama-shod Kondo Nissan of Mitsunori Takaboshi.

The #37 TOM'S car had another low-key day as the combined efforts of Nick Cassidy and Ryo Hirakawa left the pair down in 13th, second-slowest of the Toyota contingent.

A crash for Yuji Kunimoto in the morning at the Moss S at the wheel of the Bandoh Supra meant the day was a write-off for the team, which failed to do any representative running as it was unable to repair the #19 car in time for the afternoon session. 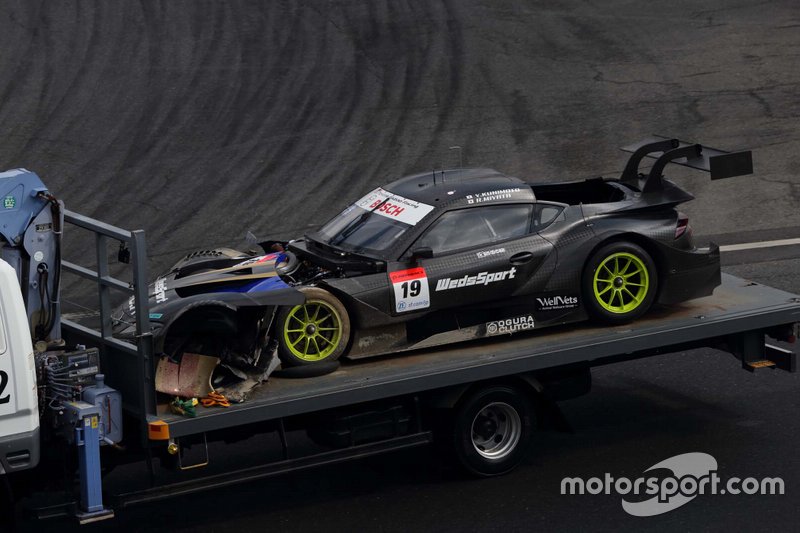 Kunimoto was taken to the medical centre as a precaution but escaped injury.

In GT300, the Cars Dream Tokai28 Lotus Evora MC of Hiroki Katoh set the pace overall with a best effort of 1m25.595s in the morning session.