Honda says it can't feel "safe" about the championship situation in SUPER GT heading to this month's Fuji Speedway finale, despite NSX-GT crews occupying the top three spots in the championship.

Following victory for the ARTA NSX of Tomoki Nojiri and Nirei Fukuzumi at Motegi last weekend, Honda crews sit first, second and third in the drivers' standings with only one race left this season.

Team Kunimitsu's Naoki Yamamoto continues to lead on 60 points with a reduced five-point buffer over Nojiri and Fukuzumi, while Real Racing duo Bertrand Baguette and Koudai Tsukakoshi are eight points back after finishing fourth on Sunday.

Three other crews remain in mathematical title contention - Toyota squads TOM'S (Yuhi Sekiguchi/Sho Tsuboi) and Rookie Racing (Kenta Yamashita/Kazuya Oshima), as well as Nissan outfit Impul (Nobuharu Matsushita/Kazuki Hiramine) - but the gap back from Yamamoto to the best non-Honda pairing, Sekiguchi and Tsuboi, stands at 16 points with only 21 available at Fuji.

It means a sixth-place finish for Yamamoto and Tadasuke Makino, third for Nojiri and Fukuzumi or second for Baguette and Tsukakoshi would be enough to guarantee Honda consecutive GT500 titles for the first time in its history even if Sekiguchi and Tsuboi win the race.

However, NSX-GT project leader Masahiro Saiki pointed to Yamamoto and Makino finishing down in 12th at Motegi as evidence that nothing can be taken for granted.

"Because we can see the NSX crews high up in the standings, it appears we have an advantage, but SUPER GT has become a category when it can be difficult to even score one point, so I don’t think it’s a gap we can feel relieved about," Saiki told reporters after the Motegi race.

"As you can see by looking at the #1 car this time, depending on how the race unfolds, there is a possibility of scoring zero points even without major trouble.

"If we score no points, it means the fifth- or sixth-placed cars in the standings can still take the title away from us if they win the race, so I don’t think we can call it a ‘safe’ situation.

"Because the Supras will be fast on the straights, I think the other side [Toyota] will be superior in the race. I hope we can confirm our long race pace, and somehow hang in there to score some good points." 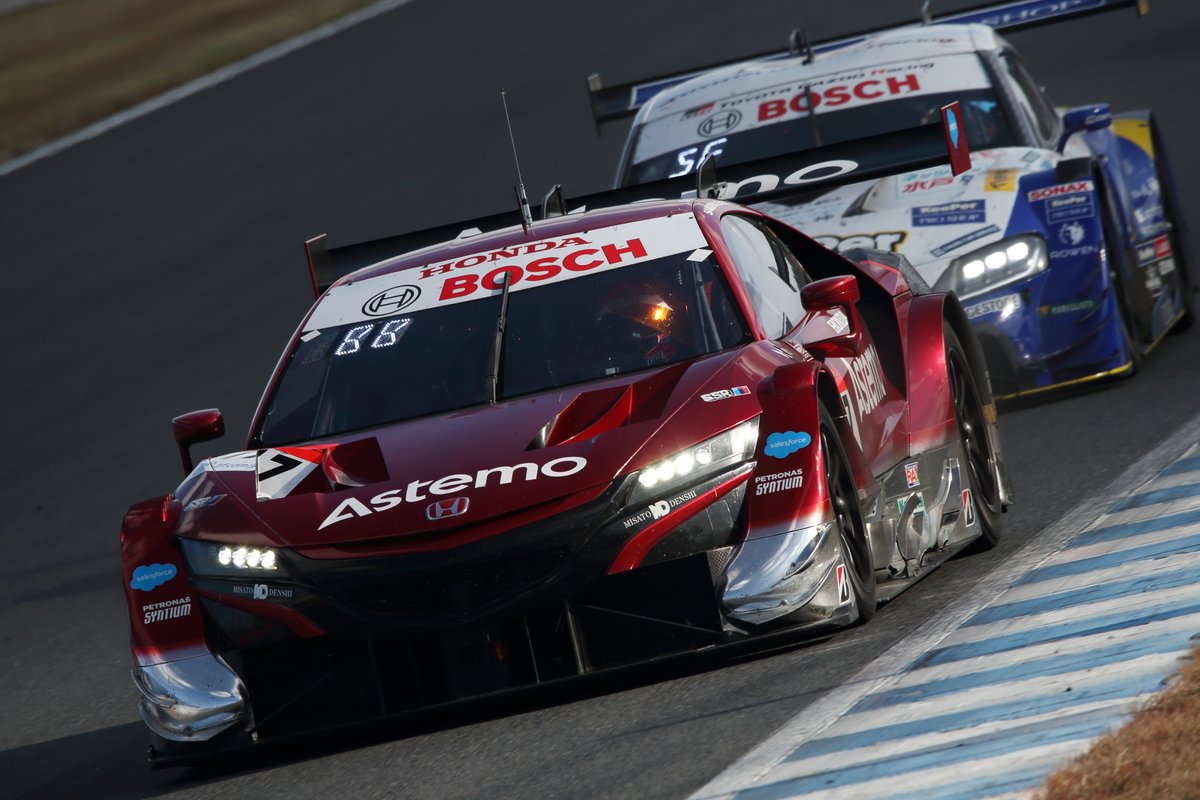 Saiki also cautioned that Honda's traditional fuel mileage advantage over Toyota and Nissan has been eroded based on the events of Motegi.

While the ARTA Honda took the win as the Impul Nissan GT-R dramatically ran out of fuel on the final lap, another member of the Nissan stable, Kondo Racing, pitted on the same lap as the two leaders - lap 23 of 63 and was able to complete its second stint with no issues.

"Recently, the #1 car has been pitting in at the minimum [one-third distance] and has successfully been able to do an undercut strategy, so in this race I got the feeling that the other manufacturers have been working hard in this area," said Saiki.

"The cars of each manufacturer pitted in around the same time, and we were also having to be careful about our fuel consumption. I think the other manufacturers have been making strategies to avoid being undercut by the NSX."

Inging "in two minds" about keeping Lotus Evora for 2022