Four-time GT500 champion Quintarelli and his teammate in the #23 NISMO Nissan GT-R Matsuda secured their first victory since the 2018 Fuji race in a thrilling third round of the 2020 season punctuated by three safety car periods.

Quintarelli took the start in second, briefly dropping to third behind the Cerumo Toyota Supra of Yuji Tachikawa before repassing with a bold outside move at the hairpin in traffic, and then taking the lead away from Nakajima Honda driver Takuya Izawa.

A second safety car then bunched up the field after Quintarelli had built up a four-second lead over the Kunimitsu Honda NSX-GT of Tadasuke Makino.

Makino pitted from second one lap after the race restarted, with Quintarelli doing so one lap later to hand over the #23 Nissan to Matsuda.

But the Italian driver revealed post-race that the original plan was to take advantage of his Michelin tyre’s durability and try to build a gap for several more laps before handing over, only to abandon this strategy because of heavy GT300 traffic.

“At the [second] restart many cars were pitting,” Quintarelli told Motorsport.com. “But we still had good grip, so the strategy was to push six or seven laps on a clear track.

“What didn’t go as expected was that many GT300 cars pitted, they came out and then they were on-track in front of me. Exiting Spoon Curve I could see 10 cars ahead, and I thought if I kept going I would be blocked by them and the 100 [Kunimitsu] car could have passed.

“I said on the radio I wanted to pit, but I didn’t get the answer. Finally, at the chicane, they said ‘ok’ and I felt a sense of relief, and I think that move allowed us to stay in front.

“Then because we have good tyre warm-up, I was sure that Tsugio could pit out in front and manage the gap. I was watching the second stint and the last 10 laps felt so long. 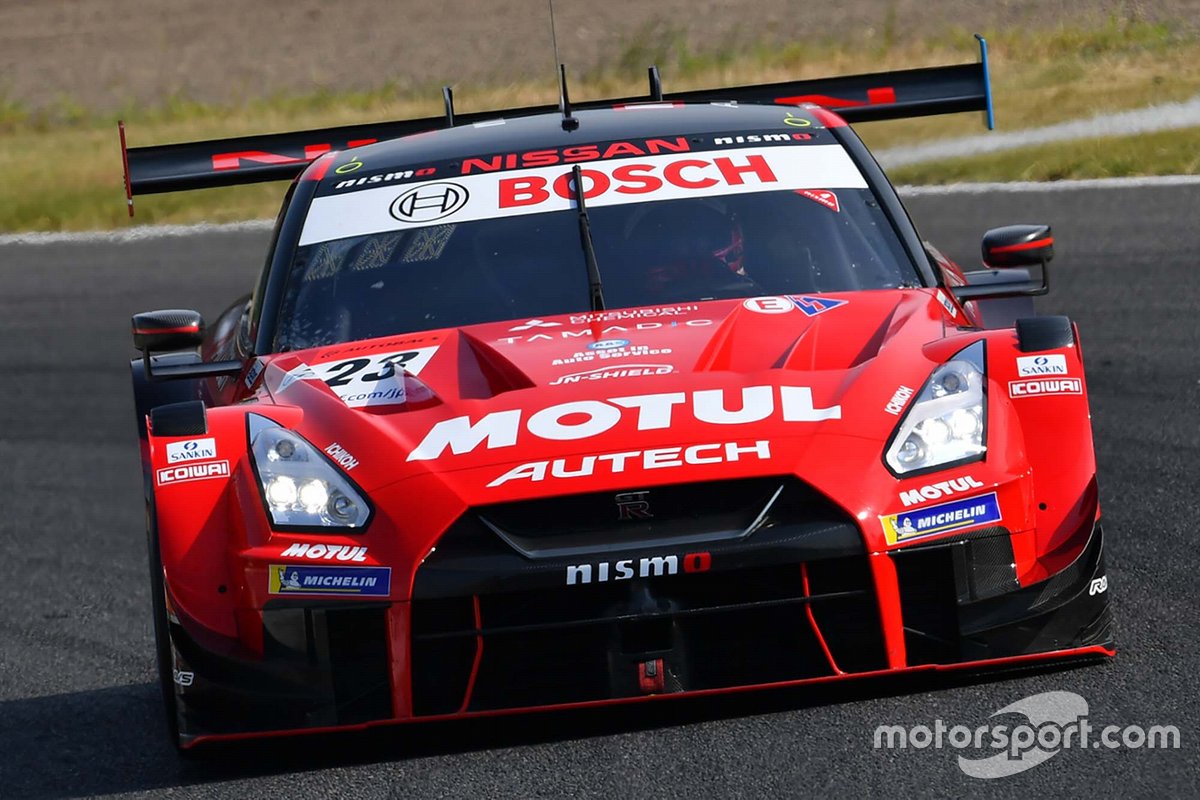 “Finally after two years we could win again, and I’m very happy for the Nissan fans. There is a lot of pressure from them since last year, their expectations are always high. Also it’s very positive for NISMO and Nissan, which is important.”

Quintarelli and Matsuda struggled in the first two rounds of the season at Fuji Speedway, finishing 11th in the opener and ninth in the second race – giving them just 4kg of success ballast heading to Suzuka, compared to the 60kg the points-leading TOM’S Supra had.

With the Nissan GT-R having proven slower in a straight line than its GT500 rivals at Fuji, Quintarelli said the flowing curves of Suzuka suited the car much better.

“Because the way of the car is designed, we have a lot of downforce but also drag,” said Quintarelli. “This why we are struggling with straight line speed.

“But at a more technical track like Suzuka the downforce is working well. This is another point I think, why we are more competitive here.” 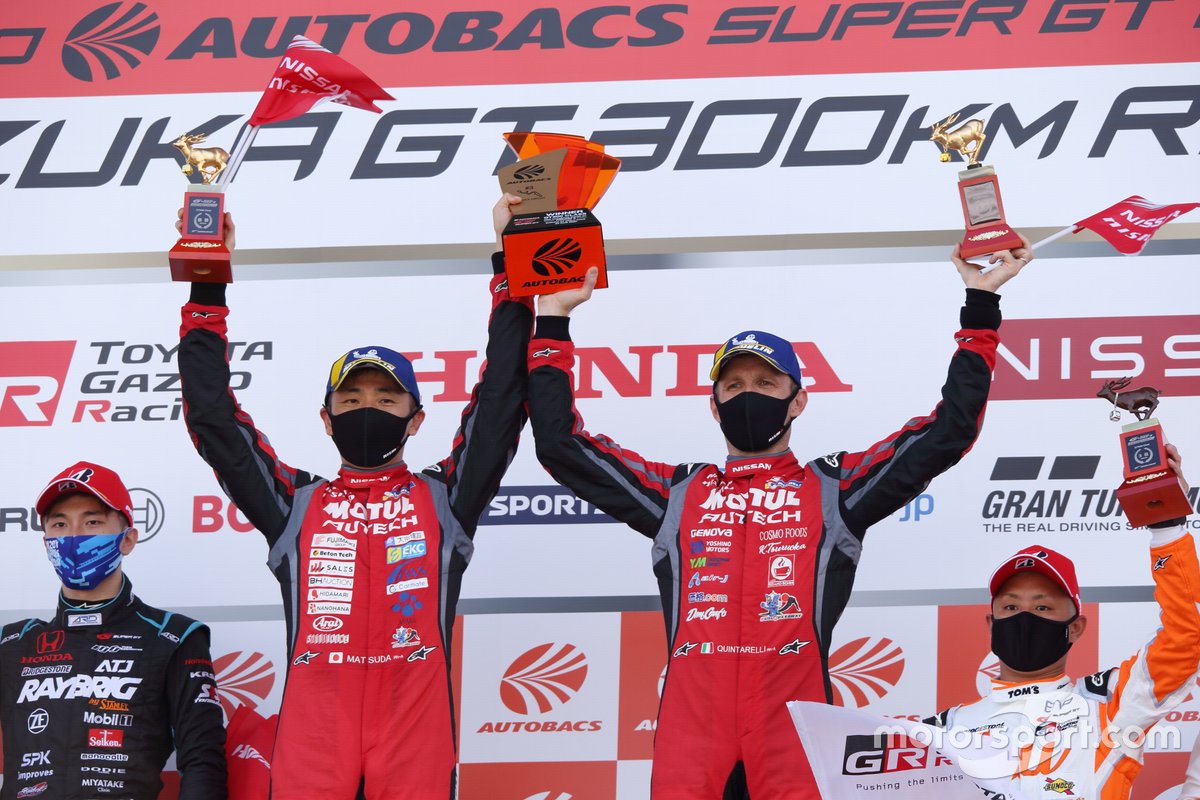 Nissan coy on Fuji chances despite "good start" at Okayama