TOM'S driver Sho Tsuboi has branded the mistake he made while battling fellow Toyota driver Kenta Yamashita for victory in Sunday's Okayama SUPER GT opener "frustrating and something I regret".

Tsuboi ran second after taking over the #36 TOM'S GR Supra from teammate Yuhi Sekiguchi following a mid-race safety car period that shuffled the order, and was soon challenging the Rookie Racing car shared by Yamashita and Kazuya Oshima for the lead.

Yamashita held firm around the narrow, technical Okayama track as Tsuboi tried to make use of his superior speed through the sweeping Attwood right-hander leading on to the back straight to pass at the Turn 5 hairpin several times, but to no avail.

The long-running battle finally reached a resolution on lap 75 of 82 as Tsuboi attempted to brake late into Turn 5 and go all the way around the outside, only to lock up and run wide into the gravel.

Tsuboi didn't lose any positions and sealed the runner-up spot just 1.1 seconds down on Yamashita following a late charge in the closing laps.

"It's frustrating," Tsuboi told Motorsport.com when asked to reflect on the battle. "I was by far the faster driver, so it would have been better if the circuit had been different.

"It's hard to overtake at Okayama, so if someone holds the inside line, you can't overtake, so I took some risky lines and we had some small touches.

"While bearing in mind that two Supras shouldn't collide, I tried to challenge without trying anything impossible. Therefore I had no choice but to go deep using the outside line [at Turn 5], and going off was the result of that. 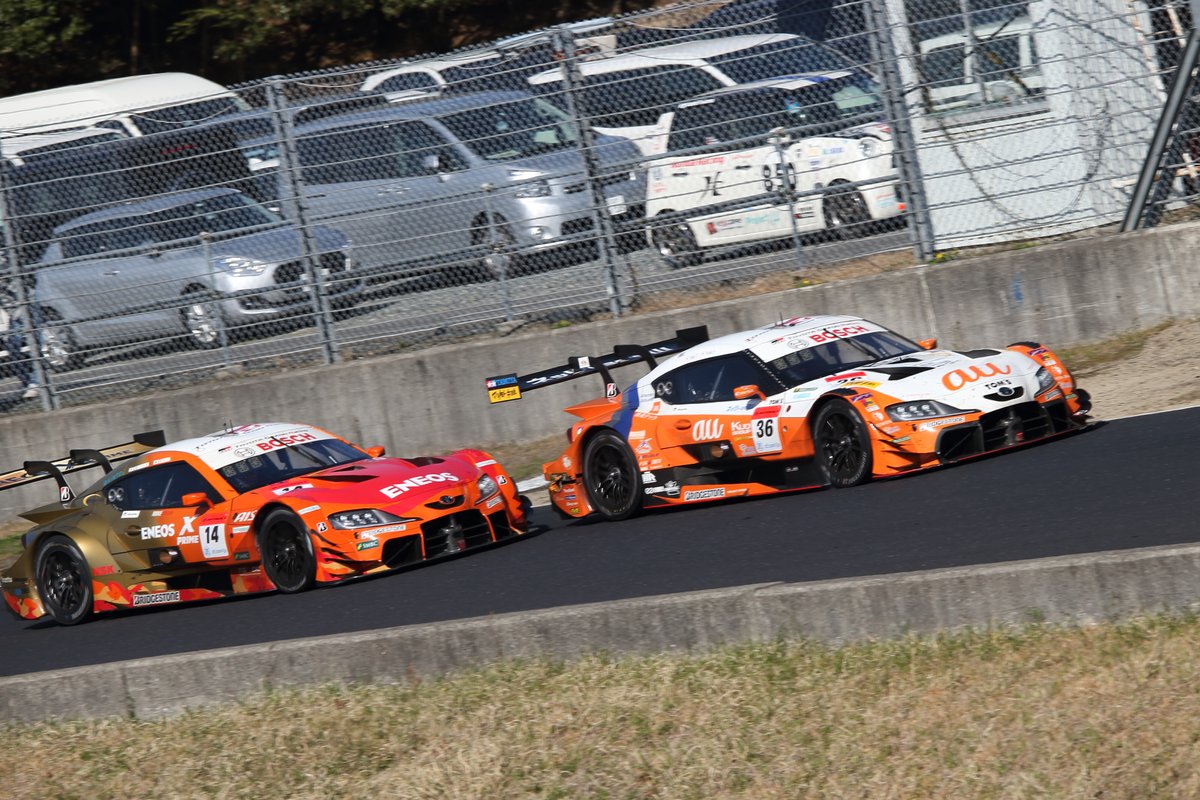 "It's frustrating and something I regret, but if I didn't try, people would think, 'this guy is someone who doesn't attack'. I didn't want to be thought of that way, so I clearly showed that I would try everything.

"If the third- and fourth-placed cars had been close and we would have lost a podium, so I shouldn't have gone off, but it's my job to push until the end."

Yamashita's steadfast defence of the lead earned he and Oshima their first SUPER GT win since the summer Fuji race in 2019, the year they won the title together for Team LeMans, while also giving Rookie Racing a victory on its debut as an independent team.

The 25-year-old, back in SUPER GT full-time after missing most of last year with his FIA World Endurance Championship commitments, admitted he felt bad for his rival Tsuboi but said he fully expected to be overtaken given his relative lack of pace.

Yamashita recalled: "After the safety car, in the second half of my stint, my pace dropped for some reason. Tsuboi came charging towards me and then I was constantly defending my position. I took a robust line and part of me feels bad for him.

"I was struggling and I thought it was only a matter of time before I would be overtaken, but in Okayama, the two most common places to be overtaken during the race are when you catch up with the GT300 cars and at the end of the back straight, so I tried my best not to let him pass me there."

Tsuboi said he was keen to take the positives on first start with TOM'S, having made the move to the #36 car over the winter after spending last season alongside Oshima at Rookie Racing - albeit effectively running as a second car for the Cerumo team.

"If I think about it calmly, we started third and finished second, so that's a positive, and I was faster than anyone else in the second stint," said Tsuboi. "The speed of the car seems to be strong, so I think there will be another chance to win soon.

"The Supra is always quick at Fuji and we only have 30kg of success weight, so if we fight tenaciously, we will have a chance. It's also a long 500km race, so I want to win there.

"In any case, the fact that I was able to show such speed in a race without weights means that we have the performance to be a contender for the championship." 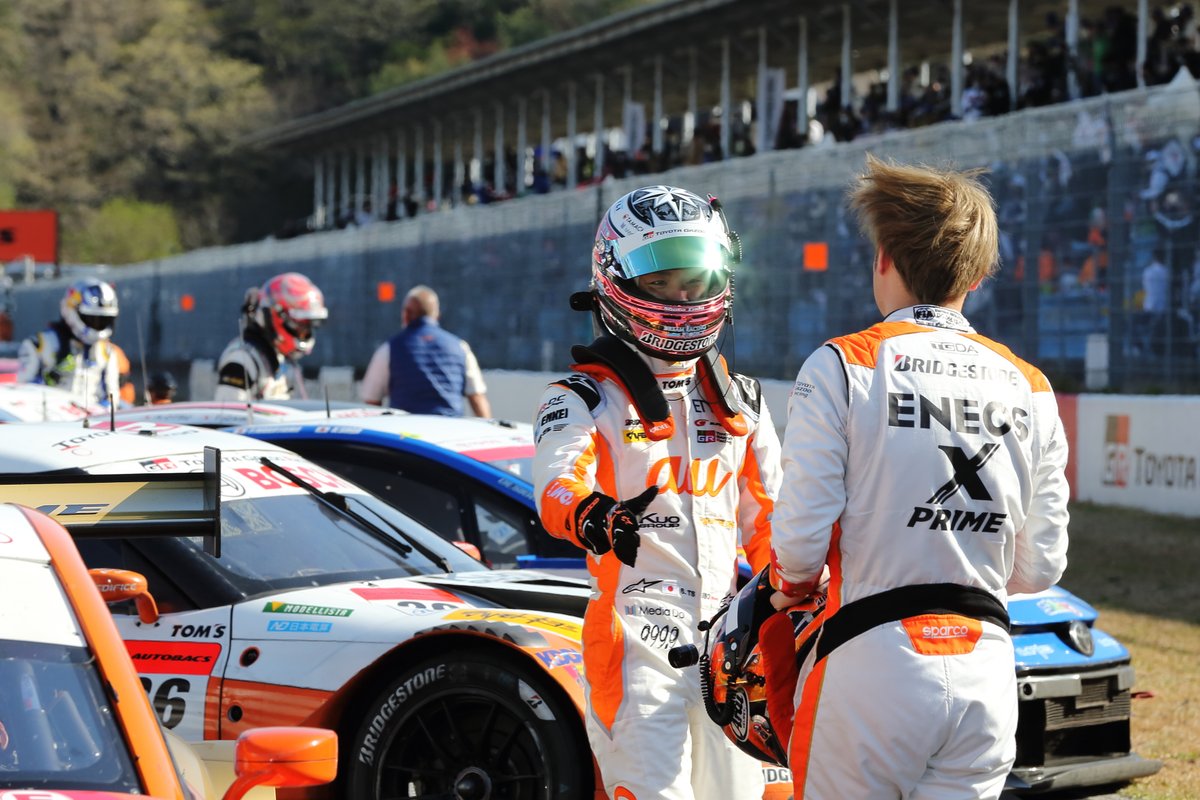