TCR Australia will stage a rapid fire pair of races on Sundays and a total of three races per weekend, it's been confirmed. 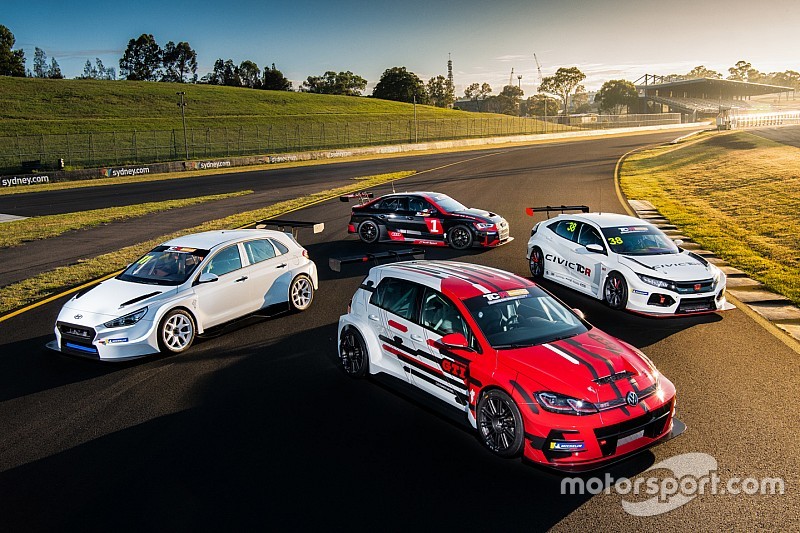 The series, which kicks off for the first time later this month, has outlined its race format for its seven rounds, with a three-race format that mirrors what the category does in other markets.

Each weekend will start with two 30-minute Friday practice session, followed by a single 30-minute qualifying session and 30-minute race on the Saturday.

There will then be two more 30-minute races on the Sunday, squeezed into a 90-minute window, which means a gap of only half an hour – 10 minutes of which immediately following Race 2 will be subject to parc ferme conditions.

That will leave just a 20-minute window for crews to work on cars before Race 3, during which all of the cars will be parked on the pit apron at 45 degrees.

There will be no refuelling between the second and third races.

Teams will have access to 10 new hard-compound Michelin slick tyres for each round, with a full new set for qualifying and two new tyres needed for Races 1 and 2.

TCR Australia will also follow the worldwide Balance of Performance regulations, with changes to be made round-to-round where necessary.

“Putting the 2019 TCR Australia Series Sporting Regulations together has been a joint effort between series management and CAMS. There was a lot of effort put into creating an exciting format for teams to compete under and for fans to watch,” said category manager Liam Curkpatrick.

“One of the unique parts of the round formats is the short time in between Races 2 and 3. Cars must stay in pitlane in between these races with crew only being able to work on the cars for a short window before pit exit opens for Race 3.

“This brings the teams into the forefront and in public view getting the cars turned around in time. It adds another element to the show and is something very different to what we are used to. I’m confident that the fans will find this very exciting."

Most of the TCR cars have now landed in Australia ahead of the first round in a fortnight, with a pre-season test set to take place at Winton next Monday.