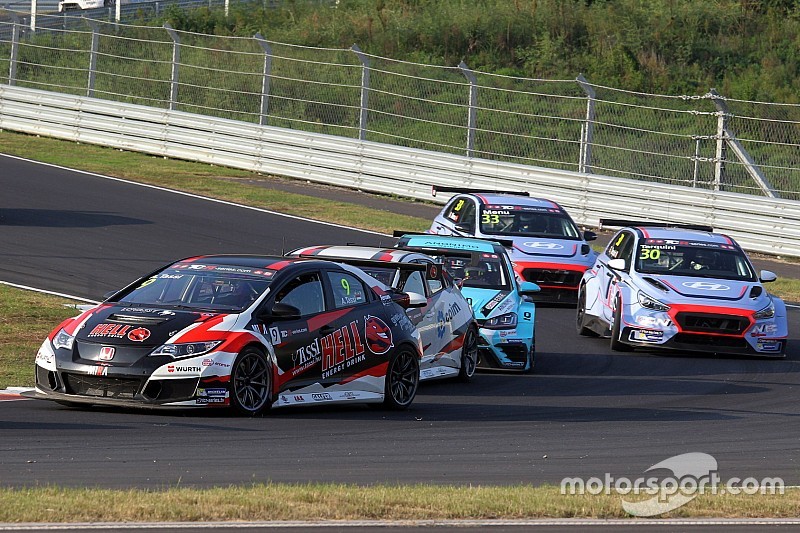 Three titles are still on offer in the final event

The Dubai Autodrome is ready to host the final event of the 2017 TCR International Series that will decide the battles for the Drivers’, Teams’ and Model of the Year titles.

This will be the first time that the International Series has visited the Emirates’ circuit that was inaugurated in 2004 and which hosted the first event of the TCR Middle East Series last January. Those two races were won by Luca Engstler and Brendan Gdovic at the wheel of Volkswagen Golf GTI cars run by the Liqui Moly Team Engstler.

Following the region’s tradition, the race weekend will take place on Friday and Saturday.

The TCR International Series will follow its standard timetable, with two Free Practice sessions and the Qualifying on Friday, while the two 60-kilometre races will take place on Saturday.

The season finale in Dubai will be the decider for all three titles on offer in the 2017 TCR International Series.

In the fight for the Drivers’ championship, Leopard Racing’s Jean-Karl Vernay took the most out of the previous event in China and regained the lead in the standings with a 29-point margin ahead of M1RA Racing’s Attila Tassi.

Two other drivers are still in contention: the 2015 and 2016 champion Stefano Comini (Comtoyou Racing) and Tassi’s teammate Roberto Colciago; however, with gaps of 42 and 46 points respectively – when 55 are still at stake – they must both be hoping for a miracle to happen.

With a leading margin of 71 points, M1RA is just one step away from the Teams’ title. Lukoil Craft-Bamboo Racing lies in second position, but because there are only 95 points to be awarded over the last race weekend, the Hong Kong-based outfit’s chances are more theoretical than real.

The battle for the Model of the Year award is much closer, with the Honda Civic currently followed by the Volkswagen Golf GTI with a gap of only 30 points (and 95 at stake).

TCR in Dubai – the event at a glance