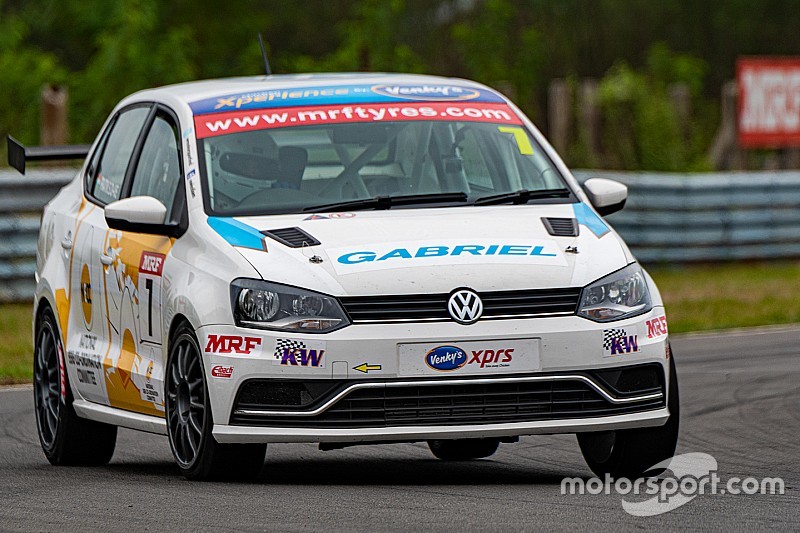 Pratik Sonawane was unchallenged to victory in the first Volkswagen Ameo Class race at the Madras Motor Race Track on Saturday.

After claiming pole position by a dominant margin of seven tenths, Sonawane pulled away from the rest of the field, building a three-second advantage in the first three laps alone.

He eventually crossed the chequered flag with a winning margin of 4.564s, becoming the third different driver to score a victory in 2019.

“It was my first pole position at Chennai,” Sonawane said after the race. “I’ve had several pole position starts before but somehow it seems to be like...I used to mess it up.

“So last night was immense amount of hard working going into a lot of research and work, what mindset should I carry on the first lap. Luckily my planned worked to its fullness.“

Sonawane’s race was made easier by Saurav Bandyopadhyay and Jeet Jhabakh, who fell back from the race leader as they indulged in their own early battle.

Jhabakh admitted later after the race that he didn’t want to attempt a risky overtake, and eventually lost touch with Bandyopadhyay, finishing over four seconds behind in third.

The top 10 was completed by Anuranjan Velmurugan and Najeeb Ahmed Shaik.

The second round of the Volkswagen Ameo Class continues on Sunday, with the top 12 drivers reversed for Race 2.