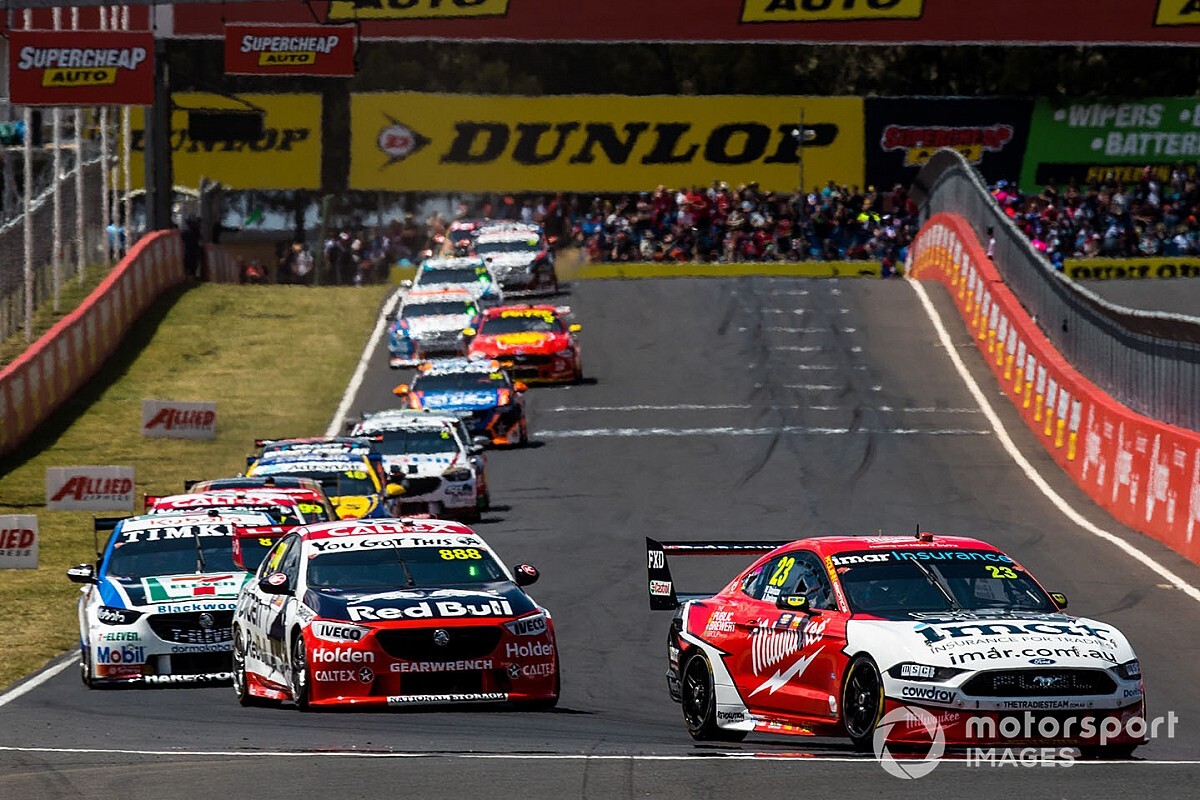 It's becoming increasingly likely that the Bathurst 1000 will be the only two-driver long-distance race Supercars will stage this season.

That's the latest update from series CEO Sean Seamer, following today's release of a second version of the revised 2020 schedule.

The series traditionally stages its endurance season over three rounds, which this season was a 500-kilometre race at The Bend, the Bathurst 1000 and the Gold Coast 600.

However those plans were harpooned by the coronavirus break. The Gold Coast 600 was cancelled as part of the initial revised schedule, while rumours that The Bend would lose its enduro status were immediately rife.

The South Australian circuit has since been dumped entirely from the schedule following today's second revision, which sparked a scathing open letter from track boss Sam Shahin.

Sandown, the traditional home for 500-kilometre racing in Supercars, will take The Bend's pre-Bathurst spot on the calendar, however Seamer has today poured cold water on the idea that it will be a two-driver round.

"It's highly unlikely that you'll see an enduro at Sandown," he said.

"We're working round-by-round through the formats, because each round is in a different state and each state has a different set of restrictions, which enable us to have varying levels of support categories – which does go some to way to dictating the formats in addition to managing our on-air times.

"We haven't got the Sandown format yet, to be completely transparent. However it's highly unlikely that there will be an enduro."

When pressed if any other circuits may join Bathurst as an enduro round, Seamer said: "No, it's looking increasingly unlikely".

Teams will have the option to hold a single test day between August 30 and October 5 – the Monday before the Bathurst 1000 – to ensure co-drivers won't be heading to Mount Panorama completely cold.