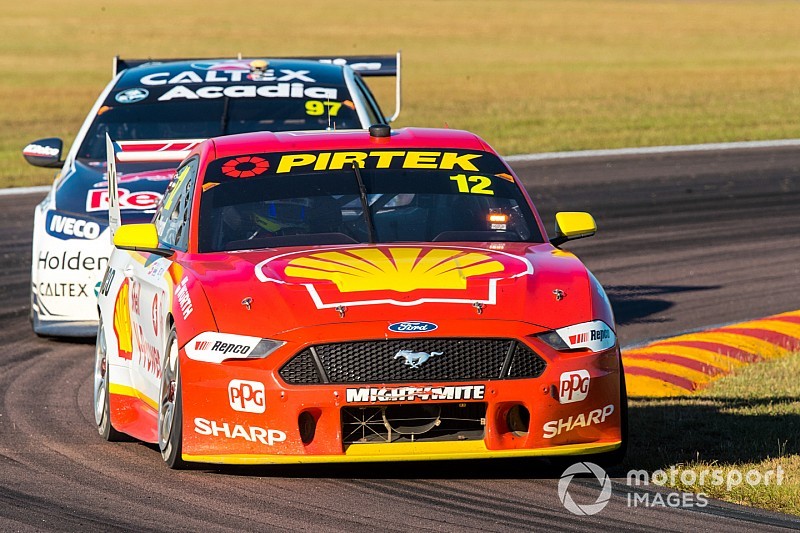 All three Supercars models will undergo a fresh ballast distribution change ahead of the next round in Queensland as part of the category's ongoing parity adjustments.

Both the Ford Mustang and Holden Commodore were handed mandatory ballast redistributions at the height of this season's fierce parity debate, with teams forced to move additional weight to the roofline.

A total of 28 kilograms of ballast was clamped to the top of the roll cage in the Mustang, while the Commodores had 6.8 kilograms fitted to the panel immediately behind the windscreen.

Following a second round of centre of gravity tests, the category has now updated the ballast ruling.

Between now and the next round at Queensland Raceway the Ford teams will be able to redistribute nine kilograms of ballast from the roofline of the Mustang, however composite materials will have to make way for steel beams in the roof.

The Holden teams will be able to redistribute all of roof weight that was added in that earlier change, while the Nissan Altima – unaffected by the first ballast ruling – can shift its existing engine ballast to the sump.

The ruling only affects positioning of the ballast, not the overall minimum weight of the cars.

“With some teams not returning to their base between Darwin and Townsville, we decided to implement the change for Ipswich after all teams have had time in their own race shops.

“The repositioning maintains the current CoG balance between all makes and has an equal effect on performance for all.”