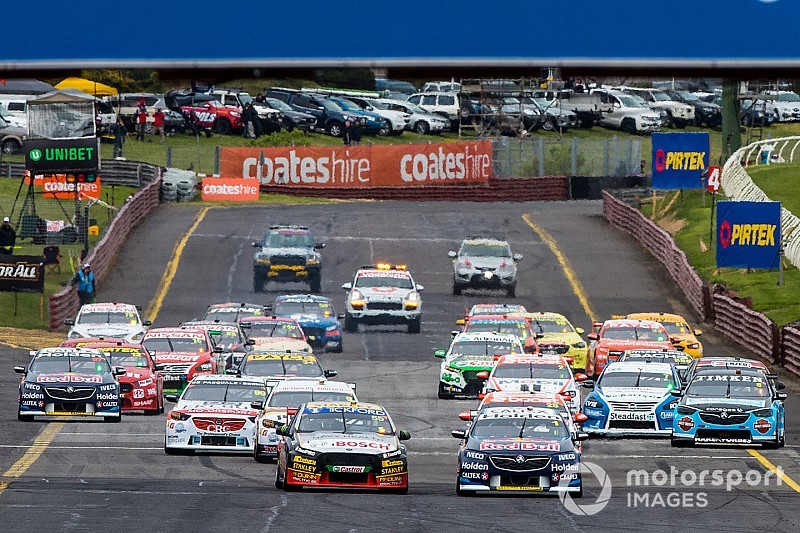 Supercars considered keeping the famous Sandown 500 name alive despite stripping the event of its enduro status for 2020.

This year's Sandown 500 is set to be the last for the foreseeable future, with the Melbourne circuit handing over its endurance status to The Bend in 2020.

The move comes after the long-standing Bathurst warm-up was moved from its traditional September slot to the back end of the endurance schedule this year.

While a single-driver SuperSprint round beckons for 2020, Supercars did consider retaining the famous Sandown 500 name.

The plan involved a pair of 250-kilometre races – similar to the Adelaide and Newcastle rounds.

However it was ultimately decided to stick to the 400-kilometre SuperSprint format, and park the Sandown 500 name.

When asked by Motorsport.com how close Supercars got to the 500 plan, CEO Sean Seamer said: "A long way.

"We had a lot of debate about that but it would have just put us too far over on the kilometres."

The 2020 season is set to include 6700 kilometres of racing, 40 kilometres more than this year thanks to a beefed up SuperSprint format.

As for Sandown's Retro Round status, Seamer said it will stay in place this year, but is not locked in moving forward.

“We’re still working through the look and feel of the event beyond the format, so [Supercars COO] Shane [Howard] and the team will get onto that from here," he said.

"What we do want to do, and what we will continue to do, is make sure that as best possible each event has its own unique identity and has its feel.

"So you would have seen [with the] Gold Coast, we’ve gone with the festival theme for this year. That’s been received really well, our ticketing is up 16 per cent year-to-date.

"So we will continue to bring an identity into those types of events… but the retro round has got to work, so we feel like we need to put a bit more effort into it if we are going to keep it."