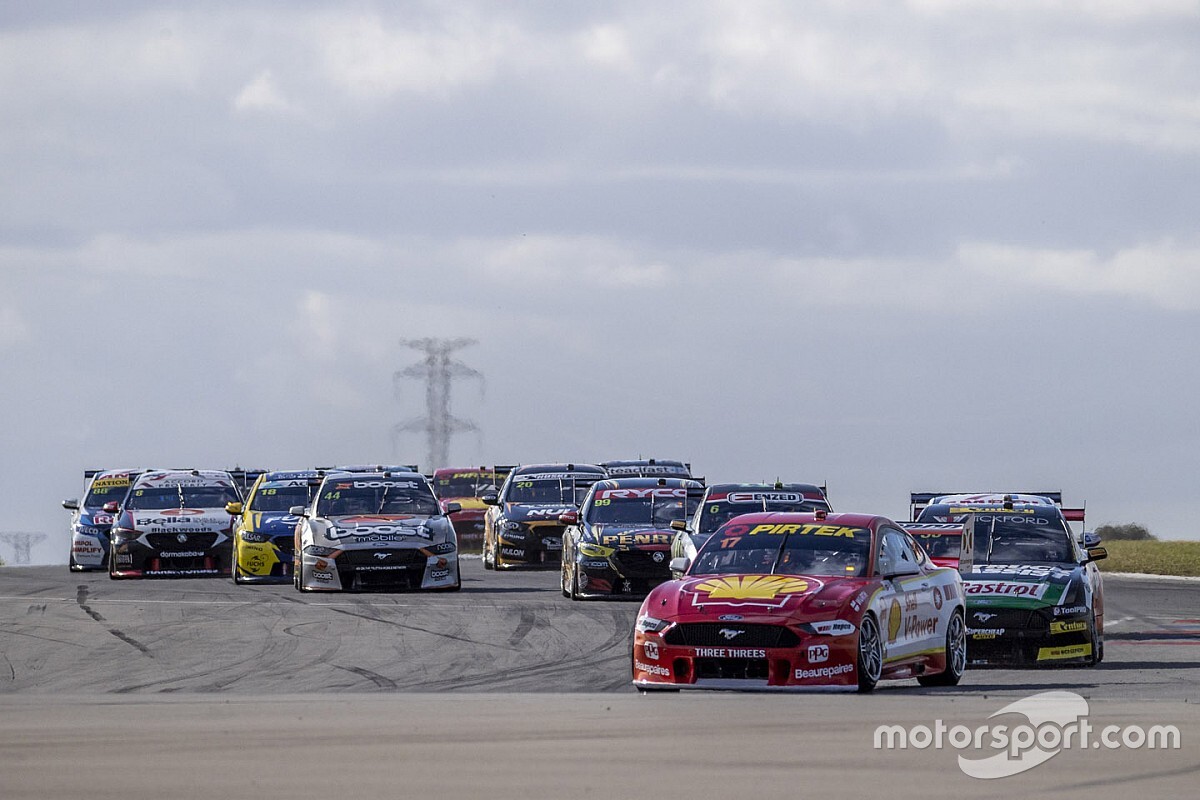 Supercars overhauled its sprint format after the pandemic-induced break, returning in June with a two-day, three-race programme.

Those shorter races have ranged from the 110 to 130-kilometre mark in length, with a single mandatory stop for tyres and no refuelling, and strict limits on crew numbers with just 11 performance personnel per two cars allowed.

The only race since the shutdown that will move away from that format is the upcoming Bathurst 1000, which will see a return of fuel stops and be held over four days.

It's unlikely we've seen the last of the new sprint format, however, with Seamer last week strongly hinting that elements will be carried over next season.

That could see usage of the proposed 2020 sprint format – a pair of two-stop, 200-kilometre races – slashed, although there's likely to flexibility with race lengths and fuel regulations across the different events.

When asked by TV political pundit Paul Murray what aspects of the format he expects to continue next season, Seamer said: “A lot of it, to be honest with you.

“I think some of the things that we as a category have been holding on to – as you do, because it’s always been done that way – we’ve been able to push through.

“I think a lot of the people and the teams have all supported a lot of the change that we’ve put in place this year – the changes to pitstops, three races on a weekend – and people have responded.

“We’re really happy with how the ratings are going and, at the same time, we’ve managed to reduce costs. I think that that’s what anyone in sport – or in business – is doing right now, trying to maximise the return of the investment of the category [and] what we’re putting into all of our costs.

“So next year, yeah, I think you can expect to see two-day sprint race meetings, condensed formats, more Supercars action, closer together, and crew restrictions.

“All of the things that we’ve put in place, there’s no point unravelling that now. We’ve got to that point. Now it’s time to keep it and leverage that next year, but hopefully [also] for many years to come.”

The category recently took a significant step towards shoring up its future, with a new five-year, $200 million TV deal split across Foxtel and the Seven Network.

Details of the 2021 calendar are set to be unveiled later this month.