A twin-turbo V8 engine will power the Porsche and Audi LMDh prototypes under development for the FIA World Endurance Championship and IMSA WeatherTech SportsCar Championship in 2023.

Porsche has revealed that it is running what it described as "a large-capacity twin-turbo V8 unit" in its hybrid LMDh, which undertook its first shakedown tests earlier this month.

The engine will be common to Volkswagen sister marque Audi's LMDh, which is being developed in parallel with the Porsche around the Canadian Multimatic organisation's next-generation LMP2 design.

The capacity of the engine nor its origins have been released by Porsche, but the marque's new motorsport boss Thomas Laudenbach indicated that the new motor is based on a production unit rather than being purpose designed for racing.

“We were spoiled for choice with the engine for our LMDh prototype, because the product range offers several promising baseline units,” said Laudenbach.

“We decided on the V8-biturbo, which we feel offers the best combination of performance characteristics, weight and costs."

The only V8 in the Porsche road car line-up is the four-litre direct-injection twin-turbo found in both the four-door Panamera and the Cayenne SUV.

The new race engine performed as expected during initial testing at Porsche's Weissach test facility, according to Urs Kuratle, overall project manager on the LMDh programme.

"During these first test days at Weissach, the V8-biturbo impressed us in every respect," he said. "We’re convinced that we’ve chosen precisely the right unit.” 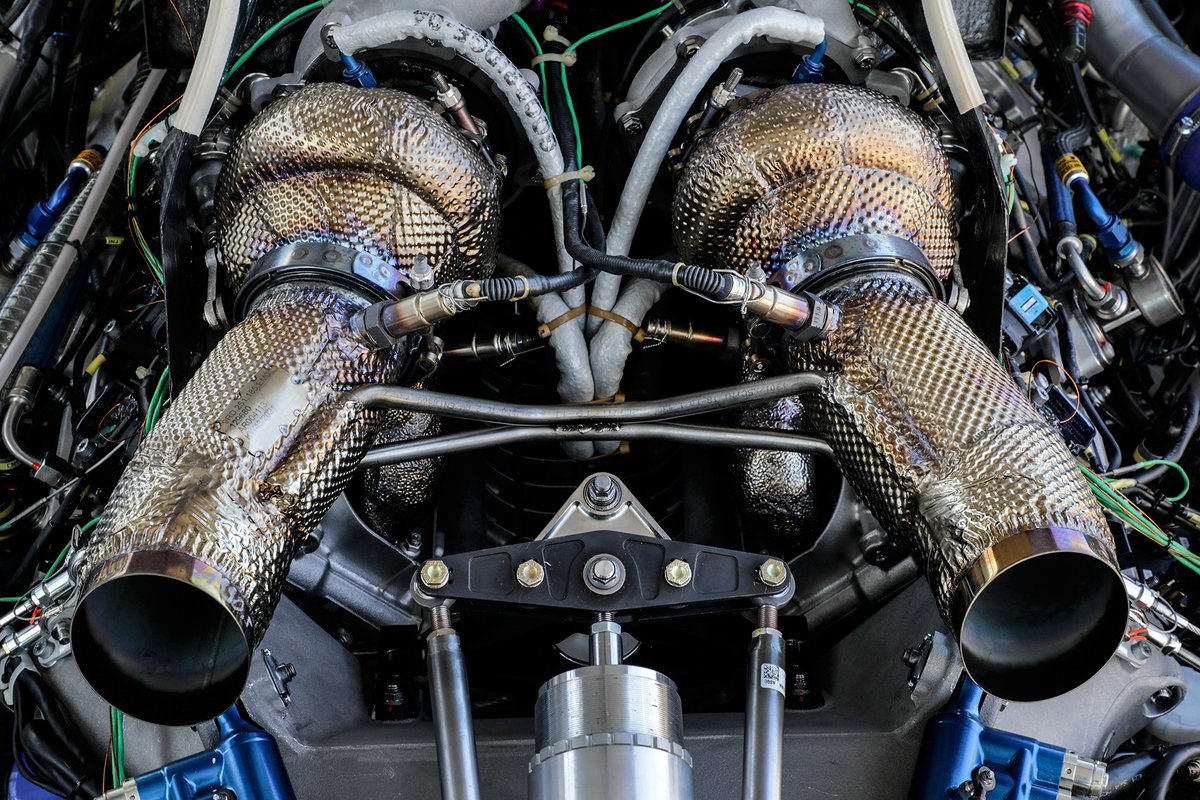 Porsche stated in its latest LMDh announcement that the maximum power output of the engine is in the range of 480 to 520kW — or 643 to 697bhp — in line with the regulations for the new category.

The combined power output of the internal combustion engine and the 40kW (53bhp) hybrid system developed by Williams Advanced Engineering, Bosch and Xtrac is capped at 520kW for the Le Mans 24 Hours and 500kW (670bhp) for other races.

The only other details provided by Porsche in its latest statement were a maximum engine speed of 10,000rpm and that the engine together with its induction and exhaust systems weighs a minimum of 180kg as per the regulations.

It is also fully compatible with the new biofuel WEC supplier TotalEnergies is introducing for the 2022 season.

Also revealed in the latest statement was the name of the Team Penske-run factory operation that will represent Porsche in both the WEC and IMSA from next year: it will run under the Porsche Penske Motorsport banner.

The roll-out for the Porsche LMDh with Frederic Makowiecki driving was the first outing for the new entity.

"The squad worked well together right from the start: this shows a high level of professionalism in all areas," said Kuratle. "After all, the operational requirements for the safe running of a hybrid vehicle are very high.

"In the next outings we will focus on going deeper into the required processes and procedures."

Testing of the new Porsche was scheduled to move to a proper race circuit before the end of January.

Audi revealed last year that its LMDh would run in the first quarter of 2022, but has yet to specify exactly when.