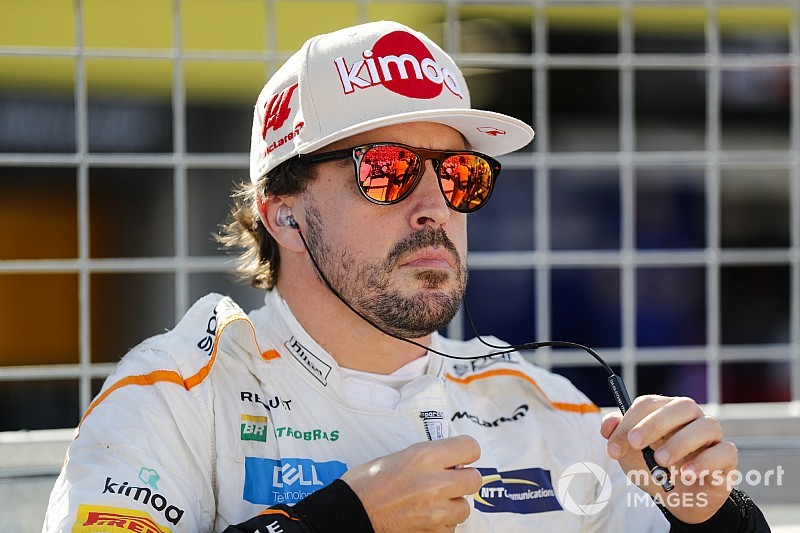 Toyota has revealed it has already opened talks about keeping Fernando Alonso in its FIA World Endurance Championship line-up beyond the current 2018/19 superseason.

McLaren Formula 1 driver Alonso joined the Toyota LMP1 squad at the start of the year, and along with teammates Kazuki Nakajima and Sebastien Buemi he secured the Japanese marque its maiden victory in the Le Mans 24 Hours.

His current agreement with Toyota is due to expire next June after Le Mans 2019, at the conclusion of the current season, but Toyota team director Rob Leupen suggested that both parties hope to extend their arrangement.

Any announcement is unlikely until Spring 2019 at the earliest, however.

Asked if Toyota is aiming to keep Alonso for the 2019/20 season, Leupen told Motorsport.com: “Yes, and I think also for Fernando.

“We are talking, but somebody like him has so many opportunities. So we have just to wait and see.

Alonso announced in August that he will not participate in F1 in 2019, and was hotly tipped to race in IndyCar full-time alongside his remaining 2018/19 Toyota commitments as part of a new McLaren venture.

However, McLaren has yet to commit to forming a team in IndyCar, and as the months of indecision drag on, it is growing less likely that it will be ready to race full-time in 2019.

With no other team in IndyCar prepared to match Alonso’s salary demands, the Spaniard may have to settle for racing only in the Indianapolis 500, as he did in 2017, if McLaren does decide to postpone its entry.

Speaking to media at Fuji on Thursday, Alonso admitted he “doesn’t know” whether a full season in IndyCar next year remains a possibility.

He added: “This is a question for McLaren, I don’t know how long they need to set up a team and things like that.

“Hopefully we decide soon all the plans for next year, not only from a team point of view but in terms of challenges, things you want to do, to put a calendar in place and a test plan.

“Everything I do next year requires a bit of preparation, because there are big challenges.”

One of the sticking points for Alonso and McLaren racing in IndyCar full-time is understood to be Honda’s reluctance to supply an engine for the Spaniard.

Leupen said however that he doesn’t expect any possible Honda affiliation to pose an obstacle to Alonso renewing his contract with Toyota.

“I don’t think we have to discuss this, because my understanding is there’s no Honda engine [available],” he said. “But it’s a different race series, a different environment.

“If it comes on the table we can think about it, but the first decision is what Fernando wants to do. If his priority is with us, we will tell him what is necessary.

“We want to make him happy, but there are some limits within the Toyota organisation. Hopefully we can find a good compromise.”