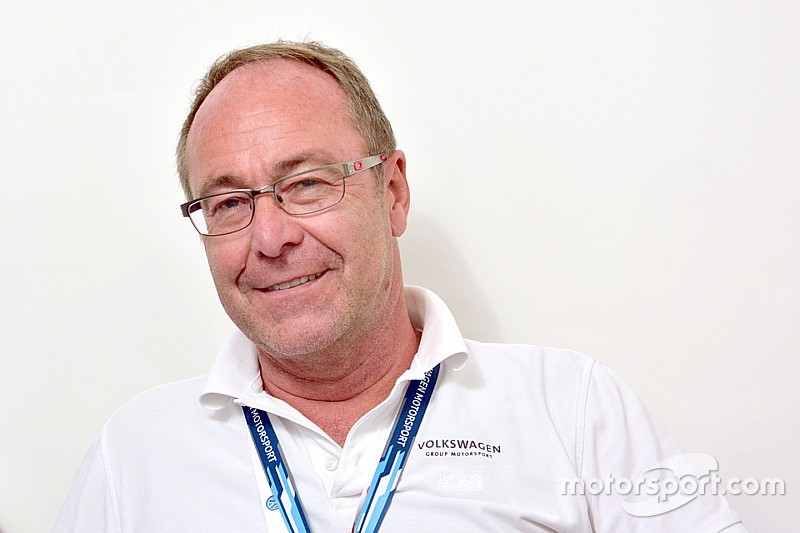 There appears to be a drastic shift in the motorsport programmes of the Volkswagen Group. Customer motorsport looks to be the priority now.

Volkswagen Group Motorsport Director Bernhard Gobmeier said that they were trying to get out of the factory team concept due to company issues too.

“Most of the stuff we are doing is for the customer. We develop cars for customers and teams,” he told Motorsport.com on his visit to Chennai.

“So, that is why we were getting out of there despite winning four WRC titles in a row. We are now concentrating on customer sport in the touring car side also.

“We are going to make an R5 Polo, but that will also be customer oriented. But on the factory side, we will support a team very strongly,” he added.

Gobmeier explained that problems in the company were also a factor. “There are issues in the company about the diesel engines and we are getting punished hard by the American government,” he stated.

“That probably sucks 25 billion Euro out of our balance sheets. We have to recover that in the next few years.”

He said that it was for a similar reason that Porsche withdrew from the Le Mans Prototype racing in the World Endurance Championship. Instead, the group announced that they will enter the Formula E championship.

“It was more or less for the same reason we withdrew from LMP. Audi and Porsche are concentrating on the future in the automotive industry,” he said.

“A part of the future will be electric. It is the new stuff. We would like to show our competitiveness in electric racing. Right now, there is only one but in the future, there will be other series. We will also be active in that.

“It will also be to help that little segment of motorsport to grow also. It needs some help,” he added.

The exit of Porsche, three-time winners at Le Mans on the trot including in 2017, leaves only Toyota as the factory entrant.

Gobmeier feels that one cannot rely on factory teams in a championship, but there must be customer teams too.

“It is unfortunate that the WEC is becoming shaky. But, on the other side, you cannot rely on having factory teams for a complete series,” he said.

“If there are just two or three factory teams and the rest of them are grid fillers, it is very dangerous for any racing series. That is what happened there,” he noted.

On another note, Gobmeier feels that Formula 1 is also on a dangerous path. “A lot of tracks cannot pay what is being asked of them. The whole series is expensive. Apart from four teams, the others all have financial problems. They have to change that,” he explained.

M-Sport: Team orders only an option with a “clear 1-2”