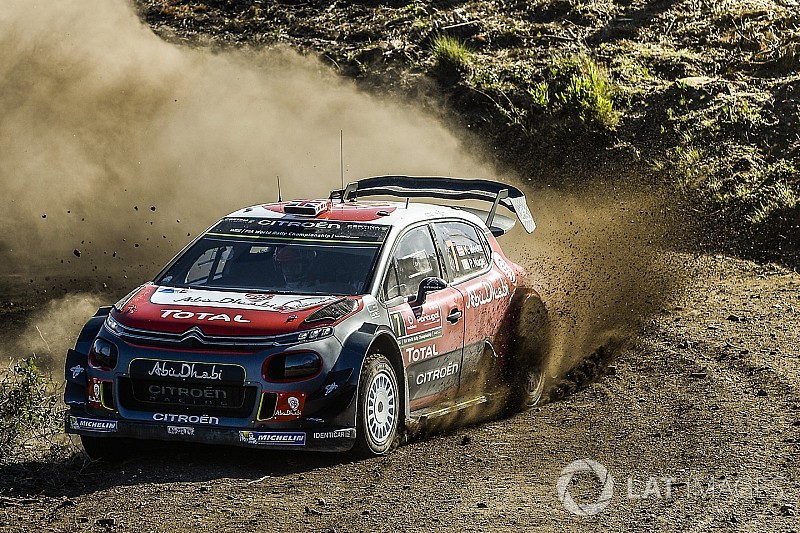 Citroen WRC team principal Yves Matton insists Kris Meeke is in no danger of losing his drive despite crashing out of a second straight rally last week in Portugal.

Meeke led the Portuguese event before damaging the rear of his car against a rock on Friday afternoon.

Forced out of the event, the Rally Mexico winner struggled to find the kind of form he’s shown when he dominated in Leon and subsequently in Corsica, until an oil-related problem ruled his C3 WRC out.

Meeke’s troubled Portuguese outing came on the back of the biggest crash of his career in Argentina, but Matton has dismissed talk of any questions over his seat with Citroen.

“There is no reason why he doesn’t come back with the confidence he had some weeks ago and there is no question about his place in this team," Matton told Motorsport.com.

“I cannot be happy with what happened for Kris. The target before the start of the weekend was clear: we wanted the drivers to bring back the cars to the finish without the problem.

"We didn’t fix a target, we wanted to take out the pressure, we wanted the drivers to follow their feelings and I can’t be happy when two of our drivers [Stephane Lefebvre also crashed] go off like this.”

Matton said he was confident Meeke would be back on form in time for the Italian event – a rally where he will be joined for the first time by Andreas Mikkelsen, who replaces Lefebvre for a one-off outing.

Matton added: “Kris seems affected by this mistake. He seems to be in a bad mood at the moment. It’s a fine line between being in a good way and winning and things going wrong.

"Drivers at this level are not easy characters, Kris is the same as the guys at this level: he pushes for what he wants but there is no reason we are not able to turn things around.”

Meeke was candid and honest in his appraisal, saying: “It’s really frustrating. I know frustration has got the better of me this year and that’s a weakness in me. I get frustrated when we think it’s good and it’s not good.”