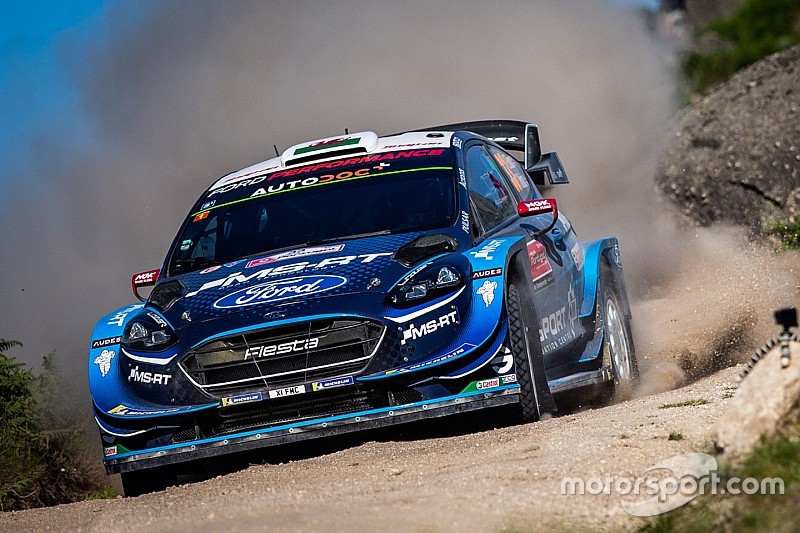 M-Sport Ford's Elfyn Evans will miss a third round of the World Rally Championship due to his back injury, and not return until his home event in Britain in October.

Evans sustained the injury in a bad landing from a jump when contesting the non-championship Rally Estonia in July.

He has already missed the Finnish and German WRC rounds but had hoped to contest the next event in Turkey next month.

But he will now have to skip that as well before returning for Rally GB on October 3-6.

M-Sport team principal Rich Millener said the certainty of having a return date for Evans was "a big boost for the team heading into the final part of the season" even though it would be later than first hoped.

"He still has a little way to go with his recovery so we won’t see him in Turkey, but it’s great to know that he’ll be fit for Wales – his home event and the rally he won in 2017," Millener added.

M-Sport had already announced that Pontus Tidemand - who contested the opening two rounds in an extra car - would return to its line-up for Turkey.

It indicated that whether Tidemand would be Evans's stand-in or in a third Fiesta was open until Evans's medical situation was clearer, and has now confirmed it will field just two World Rally Cars at the event for Tidemand and Teemu Suninen.

Evans's previous stand-in Gus Greensmith will step back to M-Sport's WRC2 car, as planned. Despite being M-Sport's regular WRC2 driver, he's yet to drive the team's new Fiesta R5 car because the two events it has been available, he has been standing in for Evans.

In Germany last weekend, Evans said he was feeling much better and just awaiting medical clearance to compete again.

"It doesn’t change things a great deal but it’s nice to know things are moving in the right direction.

"Everything is generally feeling pretty good and positive. I’m just waiting to be ready to go."

He described having to spectate on rallies as "frustrating as hell".

Evans had been fourth in the championship prior to his injury and only lost that place in Germany when Kris Meeke and Andreas Mikkelsen edged ahead of him.

Just 10 points cover from Meeke in fourth to Suninen in eighth in the standings at present.