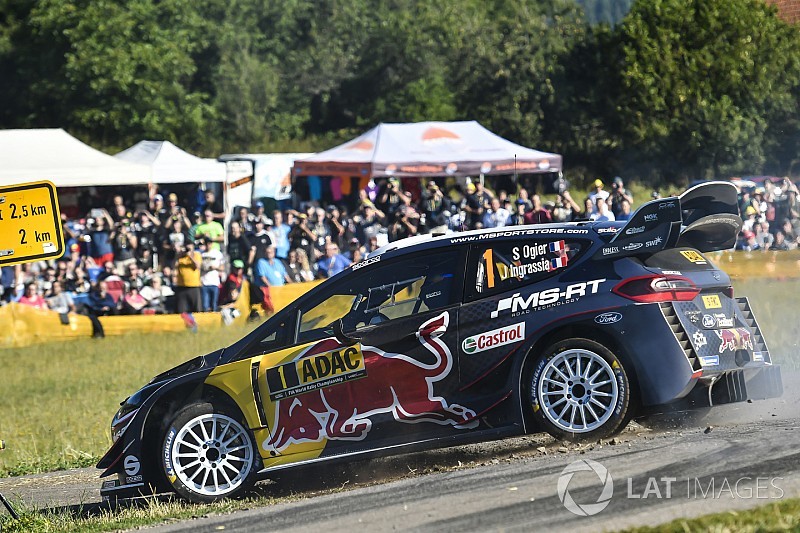 Ogier had looked set to make inroads into WRC title rival Thierry Neuville's 21-point lead as he ran second to Ott Tanak in Germany while Neuville struggled for pace.

But just after Neuville had fallen to fifth place, Ogier was forced to stop to change the damaged tyre, giving up 1m40s and tumbling down the order.

"Same line like always. Here we know it's always going to be a lottery with the rocks," said Ogier.

The M-Sport Ford driver has a clear shot at quickly getting back to seventh, with teammate Teemu Suninen and Hyundai's Andreas Mikkelsen just ahead.

But next target Craig Breen in sixth is 47 seconds in front of Ogier with only five stages remaining in the rally.

Tanak - who started the event 23 points behind Ogier following his Finland win - now has a commanding 42.8s rally lead over Dani Sordo, with Neuville just behind Jari-Matti Latvala in fourth.