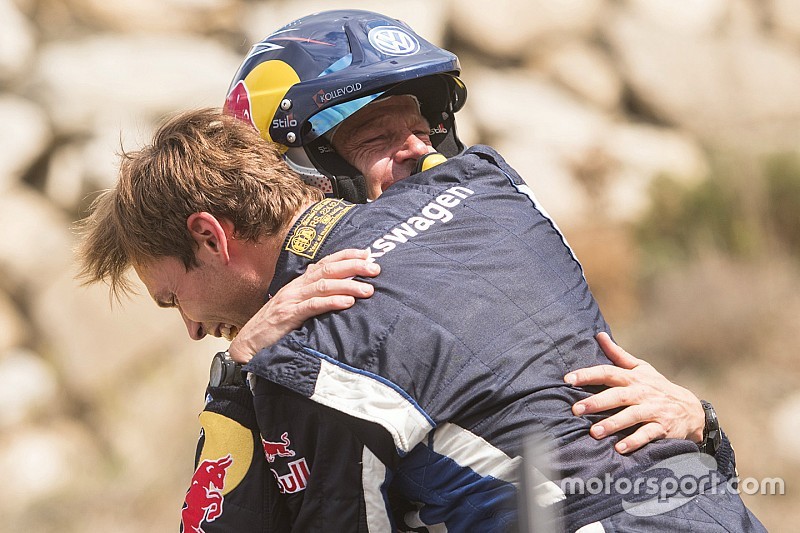 M-Sport's new WRC signing Mads Ostberg has announced he will partner Andreas Mikkelsen's former co-driver Ola Floene in the 2016 season and beyond.

Ostberg's previous long-term co-driver Jonas Andersson has recently left to work with Pontus Tidemand in a move facilitated by EVEN Management - who also have Mikkelsen on their books.

"When Jonas called me with the message that he had accepted an offer from EVEN Management, Pontus Tidemand’s and Andreas Mikkelsen’s management, I had to sit down for a couple of minutes, I admit that," Ostberg said. "Then I immediately started work, together with my team, and we came up quickly with a list of alternatives that could replace Jonas.

"Ola Floene fulfilled all of the criteria I had. I am therefore extremely pleased to announce that Ola and I signed an agreement today which makes us a team for the future. The agreement is long-term.

"We are looking forward to getting started with the preparations for 2016, and look forward to be competing for top positions in the years to come.

Floene, 46, had worked with Mikkelsen on and off since 2006, helping him to Intercontinental Rally Challenge titles in 2011 and 2012 and, most recently, a maiden WRC win.

Before Mikkelsen, he had worked with Morten Ostberg, Mads' father and a frontrunner in the Norwegian championship.

"I have had a very good time with Andreas Mikkelsen," Floene said. "I am proud of the results we have achieved together. I am also very pleased to have been part of the Volkswagen team, which has dominated WRC for the past two years."

"Still I was enthusiastic when I got the request from Mads’ team. My time with Andreas [would have been] limited to one year, the 2016 season. I’m not ready to give up my career at top level this early.

"I feel I have capacity for many years ahead on the highest level. Mads is one of the top drivers in WRC, who may not have been in the most competitive car for the last couple of years.

"To be honest, I would like to become World Champion, and I believe there is a better chance of doing so with a long-term cooperation with Mads, than achieving it in 2016 with Andreas."