All three Toyota WRC drivers were fortunate to make it to the end of Friday’s opening day of action at Rally Argentina.

Ott Tanak and Kris Meeke both took turns in the lead of the Villa Carlos Paz-based event, but both suffered potentially rally-ending transmission problems with their Yaris WRCs in the day’s final test.

Jari-Matti Latvala meanwhile suffered two punctures with only one spare and hobbled back into service with a flat left-rear. Regulations dictate cars must travel on road sections with four inflated tyres – the Finn just about fulfilled that stipulation.

Despite those issues, the Tanak sits third with Meeke one place further back and Latvala eighth.

Tanak talked of a broken left-front driveshaft midway through the final stage, but the team later confirmed to Motorsport.com the problem was with the rubber boot which sits around the shaft where it connects with the differential.

Technical director Tom Fowler said: “The boot went missing in the stage. We’ve seen this before here: it could have been the force of the water in a water-splash or it might have been a rock which damaged it.

“The driveshaft is actually undamaged, but the [exposed] joint has had some material go inside and force a bearing out – this is what caused the failure. You would have seen Ott spin in the stage and we think the failure happened just before this – he didn’t have that front [left] inside wheel to pull him through the corner.”

Meeke’s car lost third gear in that test, causing the Northern Irishman concerns for the rest of the stage.

“I went for third and got a ‘brrrrrr’ noise and there was no gear,” he said. “Obviously you use third a fair bit in these stages and I was a wee bit worried that it could do more damage when I kept having to go through that gear from [from second to fourth]. Once we were out of the stage we did the road section no problem. It’s been a tough day.”

Meeke is 28.1 seconds off the front, with Tanak 13.4s behind overnight leader Thierry Neuville.

Lappi crashed out on Friday’s final stage, having struggled for pace he ran no higher than sixth.

Co-driver Janne Ferm was flown back to service in the medical helicopter after complaining of neck pain, but he was cleared of any significant injury by medics on Friday evening.

The same couldn’t be said for the C3, which suffered damage to the roll cage in an accident, which happened following a puncture.

Citroen team principal Pierre Budar said: "We are disappointed for Esapekka and Janne, who deserved better than this off, which appears to have come after they picked up a puncture.

"The most important thing is that they are both okay. I’m sure they’ll bounce back from this very quickly.” 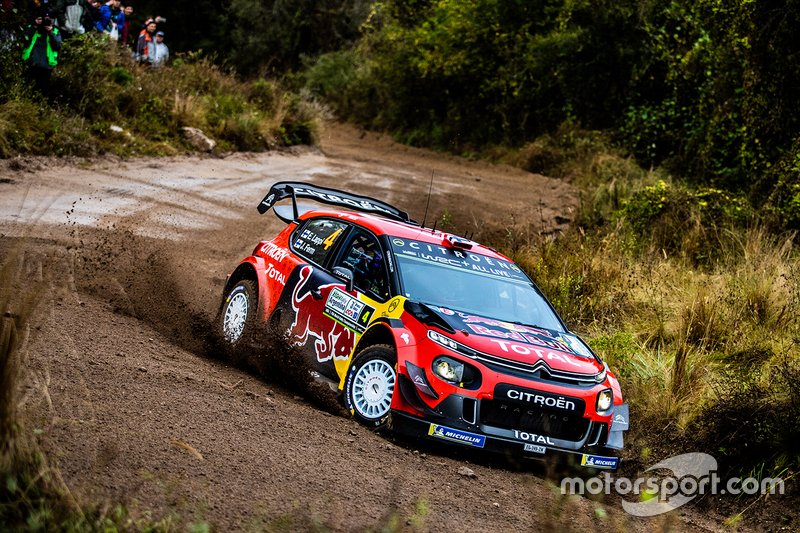 Gen3 Supercars to have more road car DNA than ever before

Gen3 Supercars to have more road car DNA than ever before