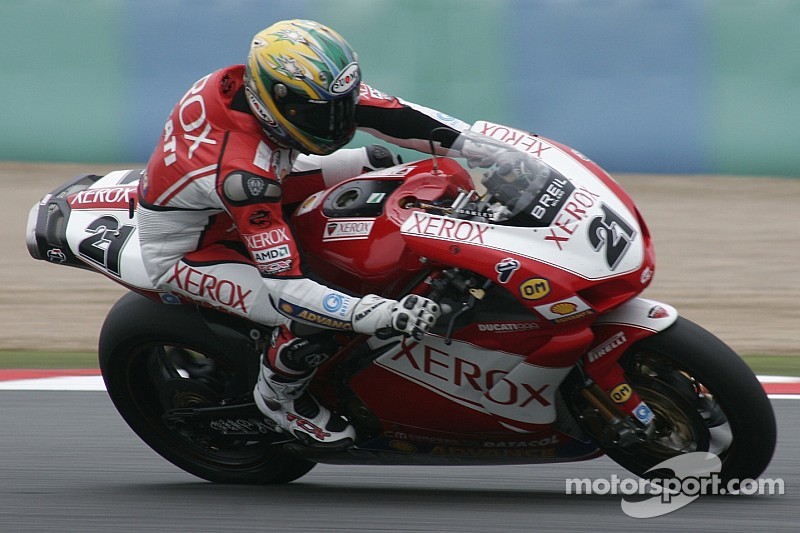 Troy Bayliss will make a shock return to racing when he competes in the season-opening round of this year's Superbike World Championship.

The 45-year-old Australian, who retired from competition at the end of 2008, will ride a works Ducati at Phillip Island, replacing the injured Davide Giugliano.

Giugliano was injured on Monday during testing.

"I want to start by saying that I really feel for Davide and that it's a real shame for his season to be starting in this way," said Bayliss.

"The desire to be able to return to the track and see the home crowd and the Ducatisti has always been strong, ever since I last raced and then also Phillip Island, one of my favourite tracks, is celebrating its 25th anniversary of World Superbikes.

"This gave me the idea to compete as a wildcard and work with the Ducati Superbike technicians once again."

Bayliss's last competitive outing was in last year's Australian Porsche Carrera Cup, but has not raced a bike since 2008.

The Australian is under no illusion about the challenge in this weekend's race.

"I know it's going to be a very difficult weekend, also because it's a while since I've ridden the Superbike but I do know the track well and so hope to get back into it after a few laps.

"I'll try to enjoy myself and will of course be doing my best to score a good result and put on a good show for the public."