Tom Sykes says his top-five finish in last weekend’s World Superbike Championship finale in Indonesia shows he’s still got the “potential” to perform at the top level, as he evaluates his options for 2022.

Returning from a three-round injury layoff after suffering a “severe concussion” at Barcelona in September, Sykes thrived at the newly-built Mandalika Street Circuit in Lombok, qualifying sixth in dry conditions before guiding his factory BMW to a strong fifth-place result in a wet Race 2.

However, the 2013 WSBK champion doesn’t have a contract for next year, having been dropped from BMW’s works team in favour of current Ducati rider Scott Redding.

Asked for an update on his plans for 2022, Sykes said: “No confirmation yet, I'm still looking at it.

“It's a shame because to come back from an injury - I don't think a lot of people understand the potential risks of my injury - and qualify on the second row [is a commendable achievement].

“BMW being good in the wet conditions? Simple answer: I think good riders being able to get around some of the bike's limitations and get closer to where we deserve to be.

“For sure in an ideal world I would have continued in the world championship as I have been here for 13 years and have the level to continue.

“But as one door closes another one opens and there's other things going on in the world and I will look a little bit further afield yet.”

BMW announced in August that it has hired Redding to partner Michael van der Mark next year, leaving Sykes - who had helmed the German manufacturer’s return to WSBK since 2019 - without a factory seat.

At the time of the announcement, BMW left the door open for Sykes to join one of its satellite teams, but Bonovo MGM has since signed Eugene Laverty and Loris Baz for the 2022 season. RC Squadra Corse, the other outfit running the BMW M1000RR this year, has been absent from the grid since July’s Assen round amid financial problems.

Sykes said he has yet to be offered a deal by BMW to race in WSBK or another category and feels the team should have communicated his plans to him earlier in the year.

“Unfortunately, I was caught out by some decision making late on in the year in August and from there obviously, that left it with a little bit of sour taste,” he said of BMW’s decision to drop him.

"With all the things going on, and now that this race is over, we'll look at [my options] more in detail but as of yet I've been given no option with BMW.” 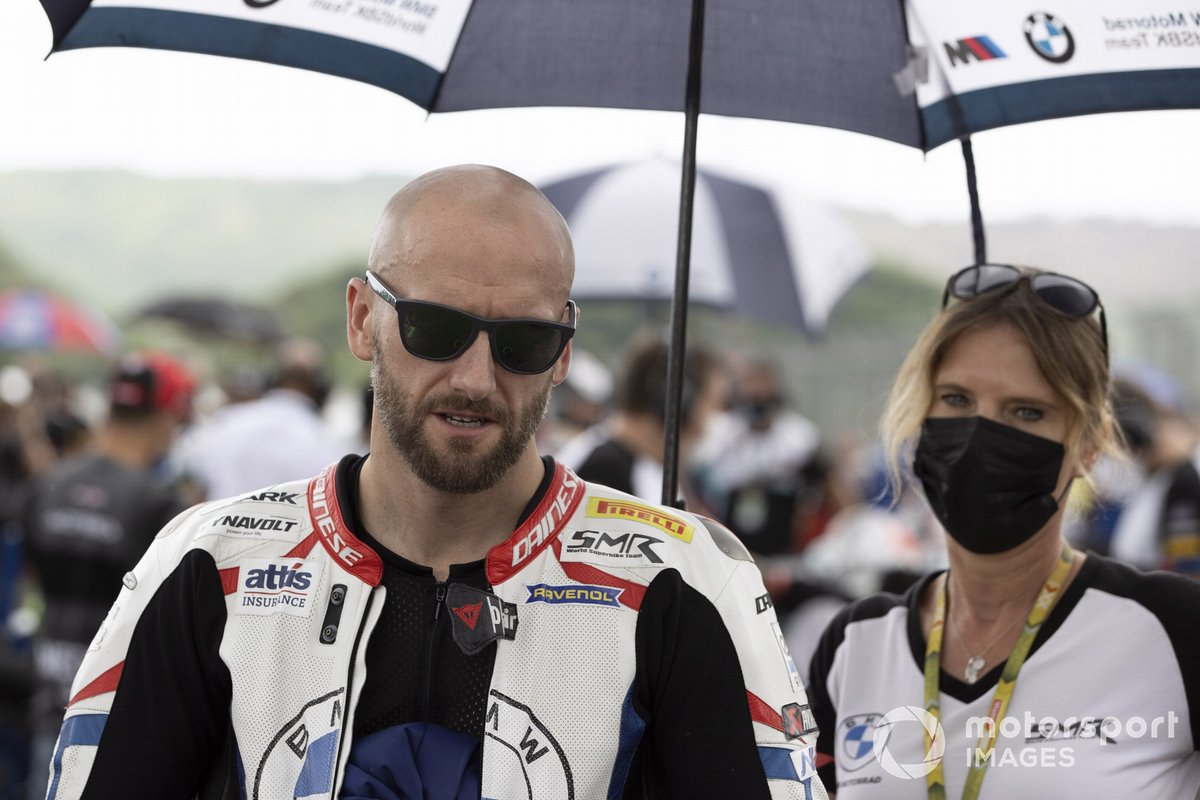 With few seats remaining elsewhere on the grid, Sykes now looks set to exit the series with one riders’ title and 34 race wins in a career spanning just over the decades.

The 36-year-old could potentially return to the British Superbike Championship, where he was a frontrunner as a full-timer in 2008-09 before making a race-winning wildcard WSBK appearance in 2010 with Kawasaki.

He could also be in line for a surprise switch to MotoAmerica, with Baz’s WSBK deal with Bonovo opening up a prized seat at the Ducati-supported HSBK team.

“Obviously I consider [both BSB and MotoAmerica],” he said. “My passion is racing motorcycles and yes, in those championships  you could argue that the tracks are a bit more narrow.

“But ultimately I have always had, even when I was world champion and working with my crew chief at that time Marcel [Duinker], I raced in Laguna Seca and I said to myself, I'd love to race here one year’. And so that's for sure a big interest to me.

“The BSB I know, I've been there. I know that they run a very good, organised championship, a very competitive one, and if I go there I will have a target on my back. So it might be a little bit of fun.

“For sure I'll consider this because this year I turned 36 years old and I still feel 25. I enjoy my racing, it's my passion and I'll see what we can organise now. I've been a little bit on the back foot because I was told late and now I just need to try and respond accordingly.”