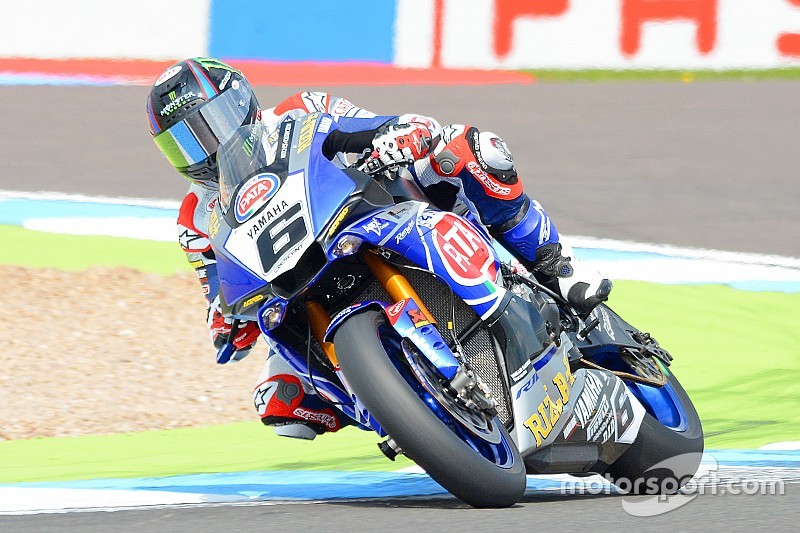 The MotoAmerica champion was drafted in as a replacement for the injured Sylvain Guintoli at the British venue, and became the team's sole representative when Alex Lowes was declared unfit to race.

Beaubier impressed by qualifying ninth for his debut WSBK race, but crashed out on the first lap after a mistake at the final corner.

In the second race, the 23-year-old managed to score his first points with a 10th place finish, although he had run as high as eighth in the early stages.

"Cameron has done a great job," said Denning. "The depth of talent in World Superbike is significant and it's never easy jumping on a new bike, with a new team and on tyres you've never ridden before.

"A hard fought top 10 in your first World Superbike race [weekend] is nothing to be sniffed at, so thanks to Cameron for his efforts and to the team at Yamaha US for loaning us their talented rider."

Beaubier said his first-lap exit from the opening race cost him dearly in the second, but he was satisfied with his pace in the closing stages.

The Californian added that he hoped further World Superbike opportunities would come his way.

"I struggled for the opening third of the race just because crashing on the opening lap yesterday hurt me more than I originally realised, just with the lack of track time and losing all that experience," he admitted.

"It is one of those things, I feel that if today was yesterday and we could start on a new day tomorrow after the race we've just had, that we would have been able to put myself in a much better position."

He added: "I'm not really happy with 10th, obviously I want to be a bit higher up than that, but I'm happy with how I felt towards the end of the race.

"I want to thank Pata Yamaha for giving me this opportunity, and for Yamaha US for letting me come to do this. It was a really fun weekend, I learnt a lot and I hope to do it again someday."

Donington WSBK: Sykes holds off Rea for second win of the weekend

Guintoli, Lowes expect to be back for Misano round