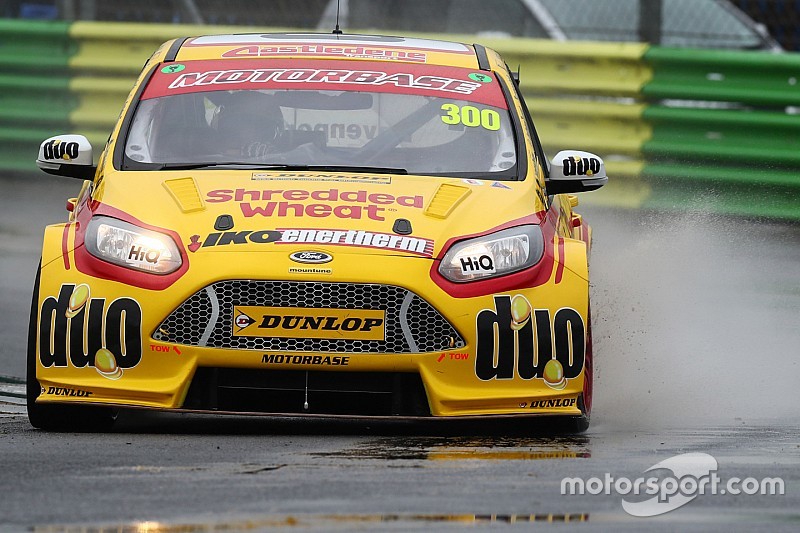 The Motorbase Performance British Touring Car Championship team has issued an update on the condition of its driver Luke Davenport, who was seriously injured in a crash at Croft last Saturday.

Davenport’s Ford Focus was struck in the side by the Honda Civic Type R of Eurotech Racing man Jeff Smith, as the two drivers found themselves involved in a multi-car pile-up in the BTCC qualifying session.

The 24-year-old suffered multiple chest injuries, lung damage, a broken right leg, a broken pelvis, broken right arm and a concussion. He was taken to the James Cook Hospital in Middlesbrough for treatment and has been placed in a coma to help with his respiration.

The Motorbase statement said: “[Luke] as undergone a number of successful operations on his leg and pelvis and we are happy to report that there are no signs of any injuries to his head, neck or spine.

“Luke has been briefly conscious during his time in intensive care and the current plan is for him to hopefully be brought out of the induced coma later this week.

“Once again we would like to pass our sincerest thanks to the marshals, BTCC extrication team, BTCC medical team, Croft circuit staff, Air Ambulance Crew, TOCA and the wonderful staff at James Cook Hospital for their professionalism, support and ongoing care.

“We will post further updates in due course, but would ask for the family’s privacy to be respected at this difficult time."

Motorbase Performance has posted a thread on its Facebook page, and is encouraging fans to send messages of support.

Smith, the other driver involved in the incident, sustained multiple chest injuries, extensive shoulder injuries and a concussion. He was released from intensive care earlier this week and placed in a trauma unit.