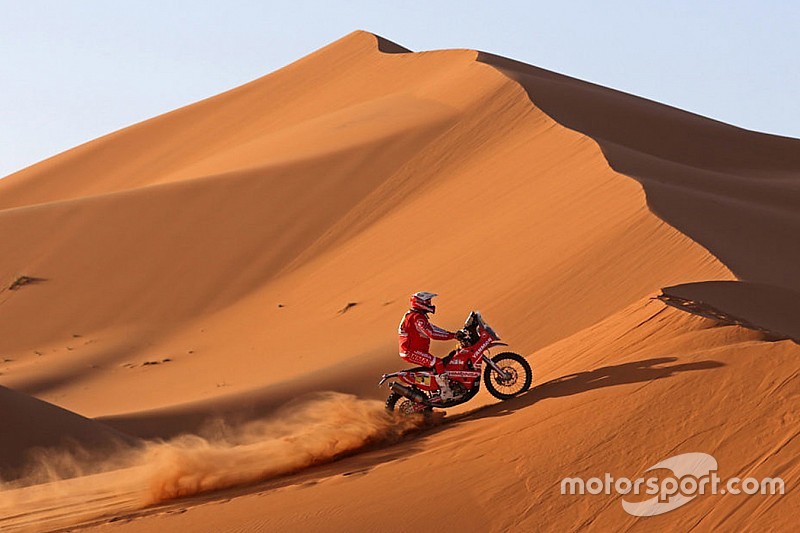 After winning the first two stages, Frenchman de Soultrait had to play second best to Farres on Tuesday, who perfectly navigated the two highly-complex loops: the first of 112km and a second one of 63km.

“We came here to test, but with the goal of doing the best possible,” Farres told Motorsport.com. “In the end, we are between those 10 riders that can fight for win and obviously we fight for it.”

The Argentinian Franco Caimi, who suffered problems with navigation on Monday, completed the stage in second place, only 37 seconds behind Farres and beating his own teammate de Soultrait.

“We're getting better and better and that's really important for the rest of this event,” said Caimi. “I'm gaining more confidence aboard the bike and day by day I'm improving my speed.

“Following a tough day yesterday, I was determined to push hard for the win today. As the seventh rider to start the special stage in the morning I could quickly make some passes.”

De Soultrait holds a 4m41s advantage over Farres, and is over 20 minutes clear of his teammate Caimi. In quads, Tomas Kubiena finished ahead of Simon Vitse by 7m07s.

The leader of the category, Jeremias Gonzalez, was only fourth today, but the Yamaha Argentine rider continues to lead the overall.

Wednesday’s stage is the first ‘Marathon’ section of 274kms.