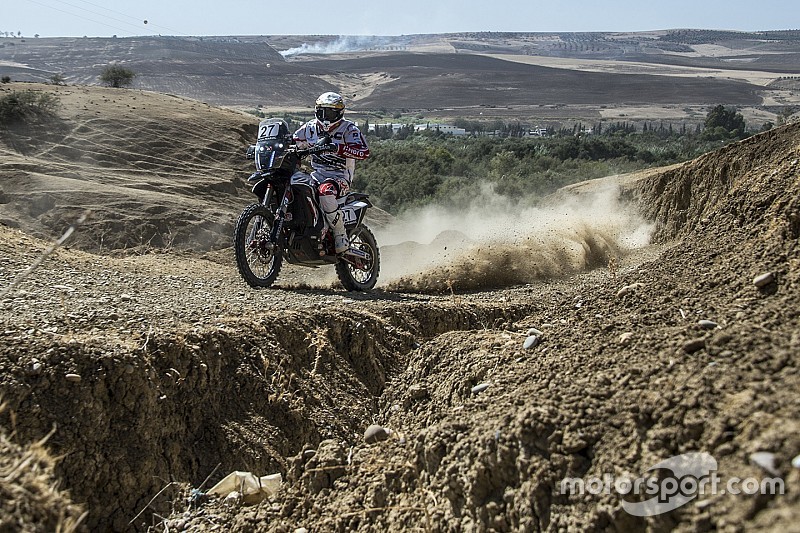 Rain and the resulting over flooded rider beds wreaked havoc in Stage 2 of the Oilibya Rally of Morocco on Saturday.

The Indian teams also had to bear the brunt of the conditions. Hero Motorsports riders Joaquim Rodrigues and India’s CS Santosh were 13th and 19th respectively.

However, the results were yet to be made official nor was there a roadbook for Stage 3. The first part of Stage 3 was also cancelled.

It was all a messy affair due to the overfull river beds and the 364-Km Stage 2 around Erfoud had to be cut short at around the halfway mark.

Several riders, including Husqvarna rider and rally leader Pablo Quintanilla, tried crossing the riverbeds but had a tough time getting out after being submerged.

Rodrigues said: "Today was a special day with all the rain, the riverbeds were very high. We had some problems to cross them, but my bike was dealing very well with all the water.

“Then, there was a really dangerous part because the rain had changed the roads and some things were different to the roadbook.

“A lot of riders got stuck and were in no condition to continue further. Other than that, I´m happy with how things went,” he added.

Santosh said: "The stage was kind of interesting after all the rain we had in the area. The river crossings were really deep in the beginning.

“The speed was pretty fast in places. It was a nice stage, unfortunately there was a spot where we couldn't cross so they had to cut it short 170 Km into the day.

“Overall, a good one, I kept it on two wheels and now we´re looking forward to the marathon stage."