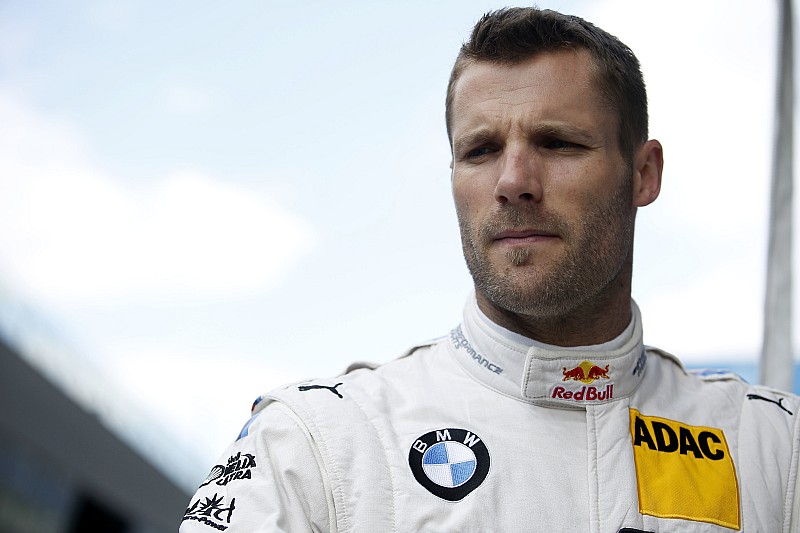 Robert Wickens and his Mercedes team boss Ulrich Fritz were critical of BMW and Martin Tomczyk after an incident in Race 2 at Moscow Raceway.

Wickens, who led the championship coming into the race, was running third on the road before making his mandatory stop.

Emerging from the pits in traffic, the Canadian caught up with Tomczyk, who was yet to pit, on lap 22 and the duo made contact, after which Wickens nursed a malfunctioning car home in fifth place.

While the Mercedes driver confirmed he had started to lose power steering well before the Tomczyk incident, he insisted the collision had exacerbated the problem.

"In my mind, he just took it too far," Wickens told Motorsport.com. "Holding up someone for the benefit of a brand is part of the game here in the DTM but he took it too far - braking in corners that are full throttle and doing things that he shouldn't.

"Then [the handling] was twice as s**t - I lost a lot of performance, lost a lot of downforce and I was struggling more and more with power steering."

Echoing the sentiment expressed by his driver, Fritz told Motorsport.com: "I think in general, after the pitstop, he [Tomczyk] was left outside to block us and he did a proper job in that, didn't let our guys by.

"That was particularly [bad] for Paul di Resta, who he brake-tested twice, but he [di Resta] could escape.

"In the end, he [Tomczyk] just left no space for Wickens to overtake and Wickens lost a lot of aero parts and the performance of the car was gone."

"I would say it's not sporting, because if you just use several drivers to block other drivers, maybe that's... not the gentleman approach. But in the end we have to live with it and we have to come back stronger."

Mercedes veteran Paffett, who himself had a run-in with Tomczyk in the race but insisted it was "nothing major", said that Tomczyk and BMW's strategy against Mercedes lead cars crossed a line.

"[It's] not that sporting," he told Motorsport.com. "This sport, there's a lot of teamwork involved - but doing things within your team is one thing. Doing things to deliberately impede other people is different.

"And, at that point, the lines are crossed that aren't really fair, I think. You can do strategic moves, leaving cars out and stuff to cover for pitstops, which is fine, it's just racing.

"But when you deliberately do manoeuvres to impede or slow down other cars, it's a bit beyond the limit, I'd say."

Wickens, meanwhile, said that manufacturers working to impede specific drivers of rival marques was "part of the game".

"It's been happening all year, to be honest. Already in qualifying other brands make your life difficult by sending out cars directly in front of you even though it doesn't make sense.

Speaking to Motorsport.com, Tomczyk insisted he had done nothing wrong in his fight with Wickens.

"He went out of the pits and he overtook me, quite quickly I would say. He lost approximately one and a half seconds behind myself, I defended my position. But everything, I would say, [was] in a fair way.

"I did not contact him - he drove into my car. When I close the door, he dives in and there's contact.

"But I think everything was in a legal and good way."