Drivers from both BMW and Audi believe that the R-Motorsport Aston Martin Vantage DTM can be a credible threat this season based on its long-run pace in last week's Lausitzring test.

Audi drivers dominated the headline laptimes during the four-day test at the German track, which was topped by Robin Frijns, while R-Motorsport appeared to struggle.

The quickest of the four Vantage DTM drivers was Jake Dennis, whose best laptime was just under 1.2 seconds slower than Frijns and only enough for 14th place overall.

However, Dani Juncadella raised eyebrows on the opening day of the test with a very consistent long run, remaining in the 1m38s bracket for 11 laps of a 12-lap stint.

By contrast, Audi men Nico Muller and Mike Rockenfeller both started in the 1m37s before slipping into the high-1m39s and 1m40s when they attempted comparable runs.

BMW did not conduct any meaningful long runs as it struggled with technical problems and also focussed on back-to-back running with updates, but Juncadella's run still caught its eye.

"Dani's long run was on a very good level," BMW motorsport boss Jens Marquardt told Motorsport.com. "He wasn't super-fast at the beginning, but he was super-consistent.

“At the same time Audi also did a long run. They were much faster at the beginning, but then had more degradation."

BMW driver Timo Glock added: “If you compare [Juncadella's] long run with Audi, it was extremely good. I'm curious to see what's possible for them because they took a giant step forward.

"It surprises me a bit about Audi, because they've always looked very good at the long runs in recent years. On Monday I drove behind one Audi for the last two laps and he had to fight hard to keep the car on track." 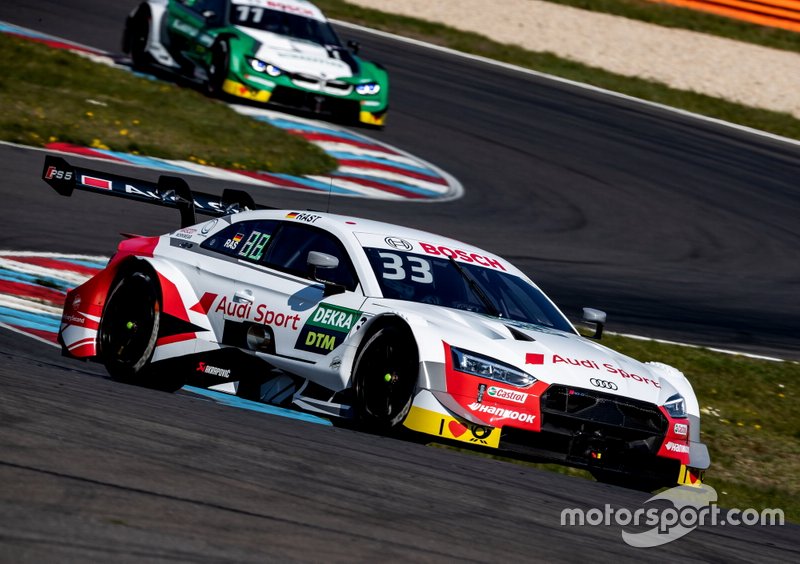 Audi's Rene Rast suggested the Aston Martin's kindness on its tyres might be because its slower initial laptimes at the start of the run stress the tyre less.

"Of course the tyre lasts longer if you drive very slowly at the beginning, but you lose a few seconds as a result, and that's not feasible in the race," Rast told Motorsport.com.

"You can't say I'll let them pass at the beginning, but then I'll be faster. So you have to try to drive like [you would] in the race."

But Rast admits that he considers the Aston Martin long runs to be "very, very impressive".

“They made a real step from Jerez to here," he added. "It didn't look that way after the first test in Jerez, but suddenly they're really strong here."

Dennis could barely contain his optimism, telling Motorsport.com: "At race speed we can definitely keep up with Audi, if we're not even better. We're really competitive there.

"We have to improve in the qualifying trim. Audi is ahead, while BMW still has to find time."

Although conditions at the Lausitzring are not necessarily representative, with low temperatures (ranging from around 3 to 13 degrees Celsius) causing the Hankook tyres to grain, Juncadella believes that the Aston Martin's tyre advantage will apply at all tracks.

The Spaniard said: "Sure, when it's hot, everyone will have big problems. But I see that some others already have problems with these temperatures.

"Then, of course, it gets even worse when the temperatures are high. All that speaks for our car. It's very good with the tyres.

"This year, tyre degradation will be the big issue because we have much more power. And that kills the tyres in the corners. Our long runs have been very good over the past few days. And in the end, the races will be won or lost by the long runs." 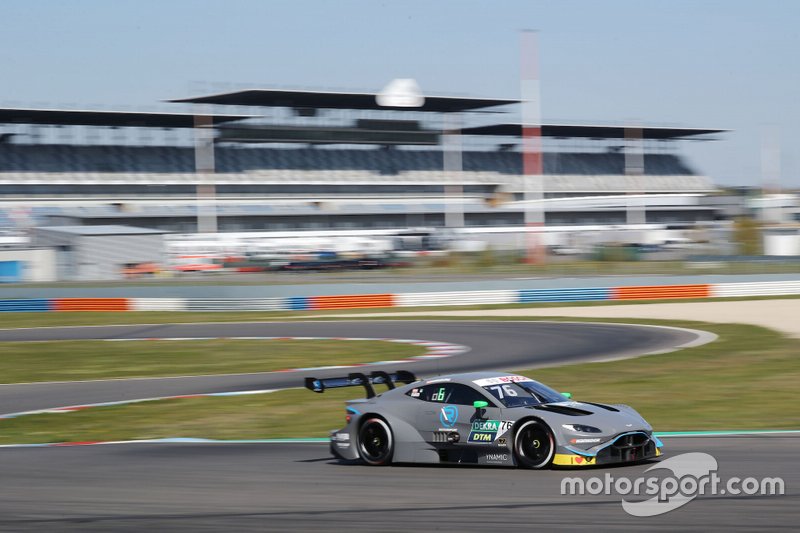