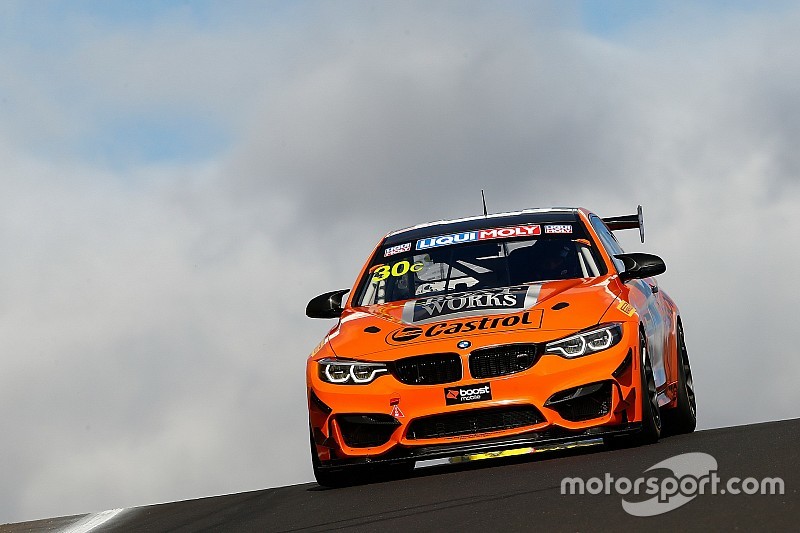 Fresh off the back of losing his Bathurst 1000 drive, Matt Brabham has been promised a shot at outright honours at next year's Bathurst 12 Hour.

The third-generation racer was signed by single-car Supercars outfit Team 18 for this year's Bathurst 1000, however a difficult build-up to the Season of Endurance has seen him axed from the driver roster in favour of the more experienced Jason Bright.

While that means his Bathurst 1000 debut is off the table for now, Brabham has quickly picked up an opportunity to race a GT3 car at Mount Panorama early next year.

It's come in the form of a promise from Aussie motorsport legend Tony Longhurst, who teamed up with Brabham and Aaron Seton to win Class C in a BMW GT4 car at the Bathurst 12 Hour earlier this year.

Having announced his own retirement following the class win, Longhurst says he'll put together a GT3 entry with a driver line-up including both Brabham and Seton.

Beyond that, though, there are very few details.

“Matt Brabham and Aaron Seton are two of the best young talents that we currently have in Australia and we need to be nurturing that,” Longhurst said.

“I am not sure whether we will buy or lease a car or what brand it will be, but we have a little bit of time and I am sure we will spark a bit of interest now that we have committed.

“These two kids were faultless for us at Bathurst earlier this year and they deserve a shot in an outright car.

“Matt did a full customer ride day for us at Queensland Raceway on Wednesday and is one of the most mature and sponsor-friendly young men I have worked with in 40-odd years in the business.

“He has also proven time and time again that he is a hell of a driver.”

Brabham, who made his GT3 debut at the Portland Pirelli World Challenge round recently, added that he's humbled by Longhurst's commitment.

“It is has certainly been a week of highs and lows, but you just have to push on,” said Brabham.

“The support I have received has been humbling and for Tony to announce this commitment to myself and Aaron for next year’s Bathurst 12 Hour is terrific.

“This year’s 12 Hour was one of the most enjoyable events I have been a part of and this deal for next year really gives us something to work towards. It will be terrific to team up again with Aaron who I rate highly as a driver and a person.

“I enjoyed my GT3 debut in the DeVilbiss Mercedes AMG at Portland and driving one of those cars at Bathurst will be a blast.”