Extreme E unites Hamilton and I for good cause, says Rosberg

Since his shock decision to retire as a driver after winning the 2016 Formula 1 World Championship, Nico Rosberg has remained in the public eye. And much of his activity has been focused on the electric and the sustainability agenda, as a shareholder of the all-electric FIA Formula E series and founder of the Greentech Festival.

Now as a team owner in the newly launched Extreme E series, he’s going head to head with former teammate and nemesis Lewis Hamilton and a cast of US racing legends.

As manufacturers and sponsors increase pressure on the sport to demonstrate a sense of purpose, what is Rosberg’s vision for the future of the sport and does the internal combustion engine still have any part in it? 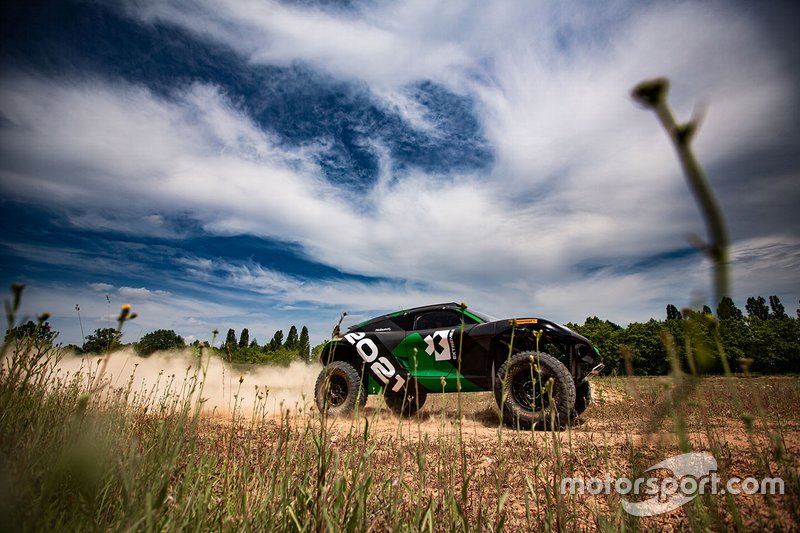 Nico, you've just launched an Extreme E team, what is it about Extreme E as a platform and a race series that makes it something you'd want to commit to?

It was just the perfect crossover, it's going to have really awesome racing wheel-to-wheel racing, with four cars, starting alongside each other on the grid for each race. So there's going to be a lot of banging wheels and everything, I'm sure it's going to be very fun to watch and at the same time crossing over with the opportunity to have a positive impact, to reverse some of the damage done by climate change. Ideally, let's see if we can manage to do that. But that's the ambition. 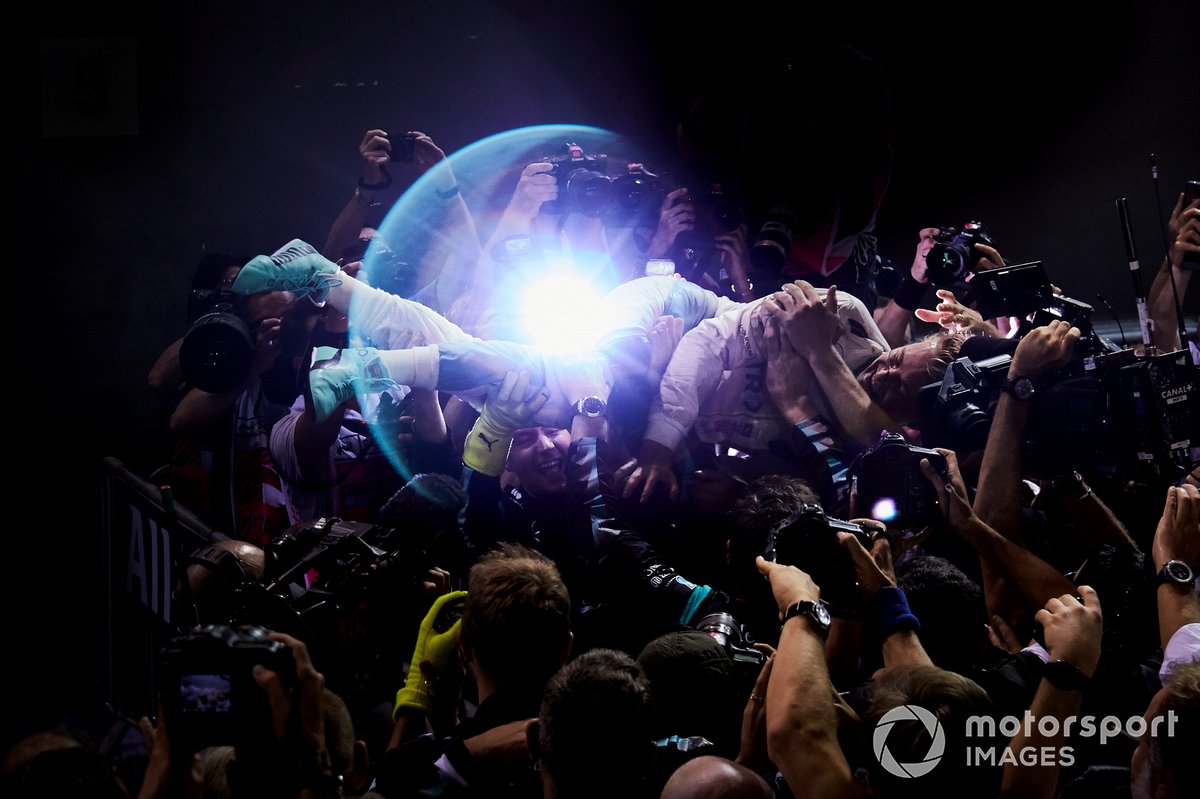 You talk about close racing, one of the exciting storylines here with you getting involved is it rekindles the Nico Rosberg vs Lewis Hamilton rivalry, which was so spicy during the last few years of your F1 career, will you both be as combative on the sidelines as you were behind the wheel?

Yeah, I think that's really, really cool. I was very happy to hear that Lewis was joining Extreme E because, of course, he also has a huge reach and everything. So it's just all the better and then together now a to be racing each other on track now as team owners. Very exciting. And then at the same time to join forces in a way and really fight climate change together. 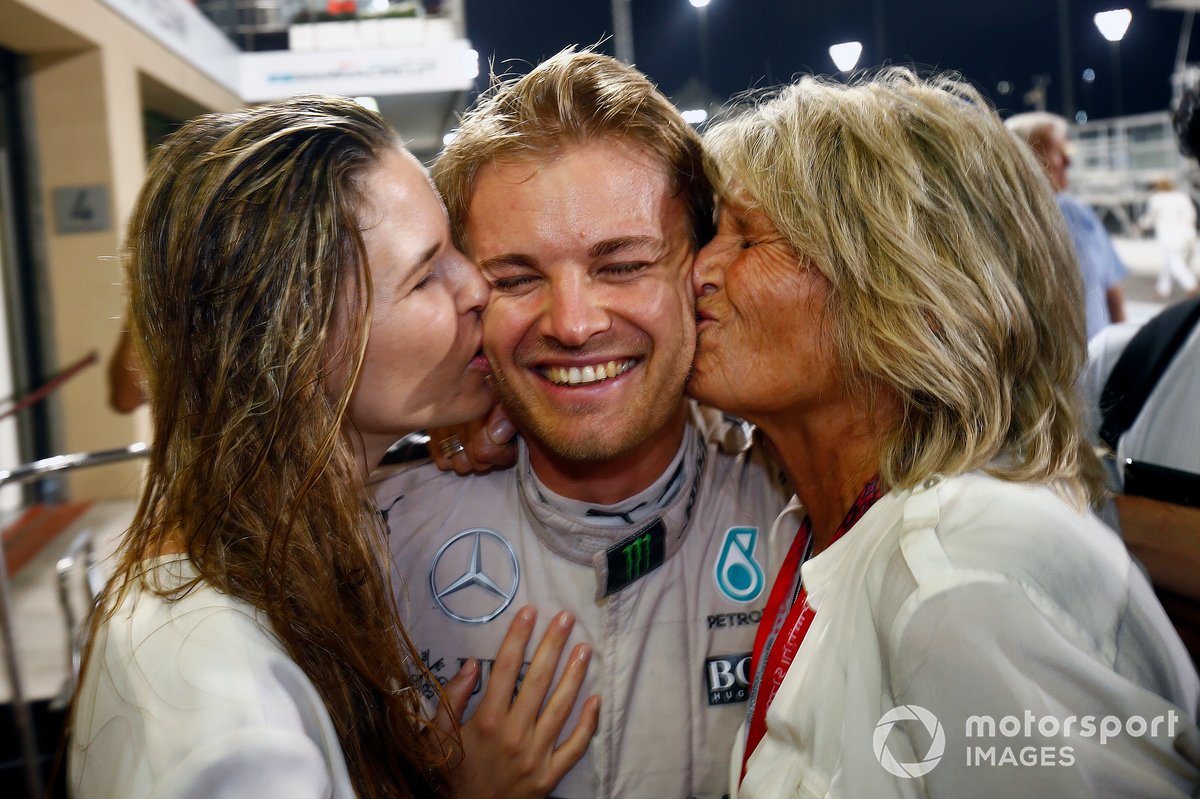 You’re both clearly sincere about this. And so it seems are the other people that have got involved; interesting racing people from across the spectrum, particularly from the US people like Zak Brown, Michael Andretti, Chip Ganassi – what do you think that says about this series?

First of all, it says that everybody is becoming more and more conscious now of the need to do their part. Because climate change is a huge crisis that's facing us. And it's reaching everybody. And also businesses have understood that they need to get involved, they need to make a difference themselves as well. No one can afford to look away anymore. And that's also the reason why Extreme E is going to be such a success, because it's positioned so nicely, exactly in that crossover of racing and also the opportunity to do good. It's fantastic to see hardcore people like Chip Ganassi also understanding and talking about the importance of positioning his business as well for the future. And that was that was really powerful. 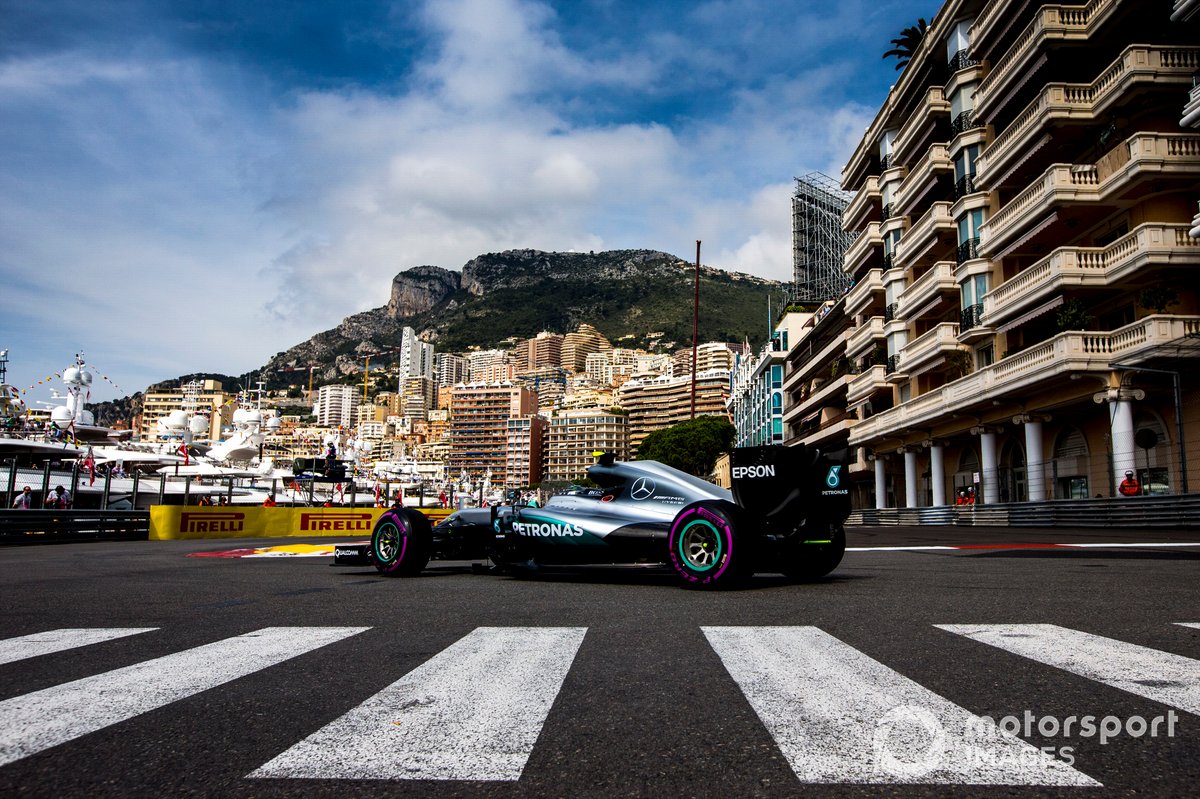 Now you've invested in a number of sustainability initiatives as a shareholder in Formula E, founding Greentech Festival. So you're probably the ideal person given also your racing background, to answer this question:  how do you see the future for motorsport as a whole? How long do internal combustion engines have? And even hybrids?

Yeah, awesome question. So, first of all, motorsport has the opportunity to be such a platform for good and that's the direction we all need to go in. Motorsport and Formula 1 is doing that, making all the events sustainable by 2025 going emission free completely as a sport by 2030. But that's as a sport. You know, there's also the other role of raising awareness of accelerating positive change are playing a crucial role there. And F1 as well there’s a huge opportunity, for example, in the development of biofuels or synthetic fuels, if F1 can play a big role. That would be fantastic for F1. Because there is a big, big future there.

Of course, we know they're CO2 neutral, what CO2 goes into develop them is equal to the CO2 that comes out. So that's an opportunity and, and if you do make that work, then there is a space for combustion engines still for quite some time. And then at the end in parallel, of course, we're developing this electric solution, electric mobility, which today is not more sustainable than a hybrid engine, because most of the energy (for recharging) is coming from coal energy stations, so the whole energy transition still needs to happen. But electric mobility is an accelerator for that energy transition. And that's why I'm such a huge fan of E mobility and my entrepreneurial activities, a lot of them, are now based on mobility as well. 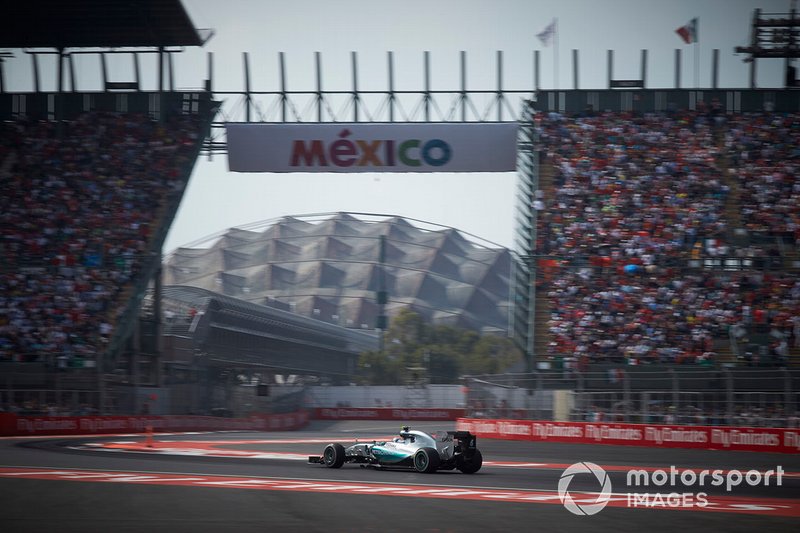 One of the USPs of this Extreme E series, is this idea of zero emission electric charging. It would have been a bit wrong, frankly, if they hadn't done it that way, when you consider that they're taking these electric buggies out to places that have been devastated by climate change around the world. But is this technology something that excites you? And secondly, is it something that you think that can be developed for other motorsport series?

Yes, so this was one of the highlights for me from the presentation of Extreme E – there's not going to be any diesel generators or anything on site generating the energy to power the cars. But they're going to use the source of solar energy, and hydrogen to then create electricity and water. That's the by-product in a very, very complicated process, a very energy heavy process. But amazing that they found the energy partner to make that work on site to have that technology, travelling with the paddock on the St Helena, which is the paddock ship, which is going to take all the cars and all the material around the world, and to have that technology on there as well, I think is really crucial. And that was a fantastic news. 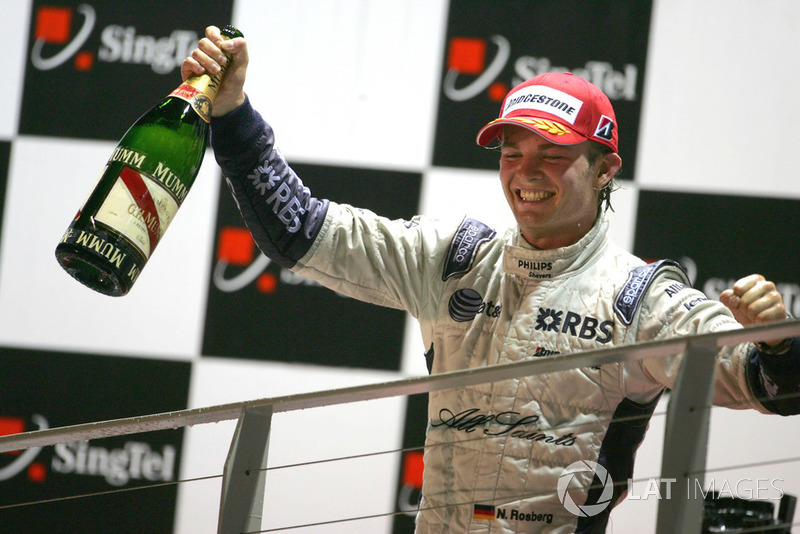 Nico Rosberg, Williams on the podium

So to be successful, obviously, this is going to need to be entertaining, it's going to need to allow people like you and Lewis and the other owners and drivers to be able to use your platforms to draw in viewers, and then get the balance right between the entertainment but also the kind of the legacy projects, the educational and scientific projects. Is that something you see yourself getting involved in? And how difficult do you think it'll be to strike that balance?

Well, absolutely at the core has to be fantastic racing. That's what all this builds onto. And I don't know, if you have watched some World Rallycross racing, where six cars alongside each other go into racing. And it's just so action packed and Extreme E, bases itself a little bit on that. So every time for each race, there's going to be four cars side by side. And it's going to be proper wheel-banging, I think it's going to be incredibly exciting. And then also doing the driver switch.

Each race entails two laps, and one lap per driver and there's a driver switch in between. So that driver switch is also going to be a really exciting ingredient certainly. And also there's a whole bunch of gamification, as we know from Formula E, there's going to be a lot of gamification elements thrown in some even in form of virtual augmented reality. And we know Alejandro Agag, knows how to make exciting racing. 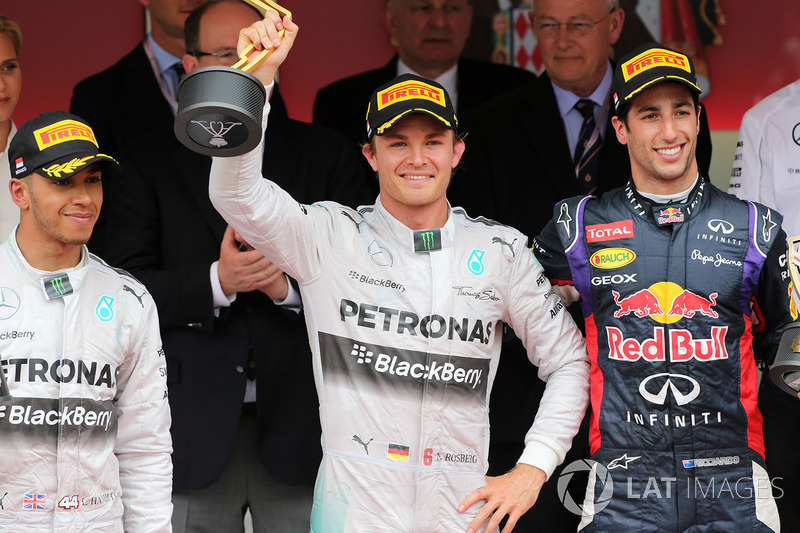 You came up in motorsport the traditional way, petrol-driven racing cars throughout your career. Now a few years on, you're an electric pioneer, you're involved in this series, you're talking about gamification. How do you see it going forward? I mean, is there going to be room for traditional motorsport, the nostalgia, historic racing in the future? Or Is everything going to have to have all these components in order for people to get excited and for companies to sponsor it?

So I'm a strong believer that we don't need to go too much to ‘disallow’ or ‘cancel’ stuff. I think there's always going to be a role for the historic racing, there's a lot of passion there. And that's fine. That's our past. But at the same time, there's an opportunity now to move forward. And I and we're seeing that in every sector in the world, and particularly motorsport as well. And formally, extremely are at the forefront of that. And so I think that's fine. Both worlds can coexist.  And as long as we're doing a lot of good with the new products and the new series, then I think it's fine. 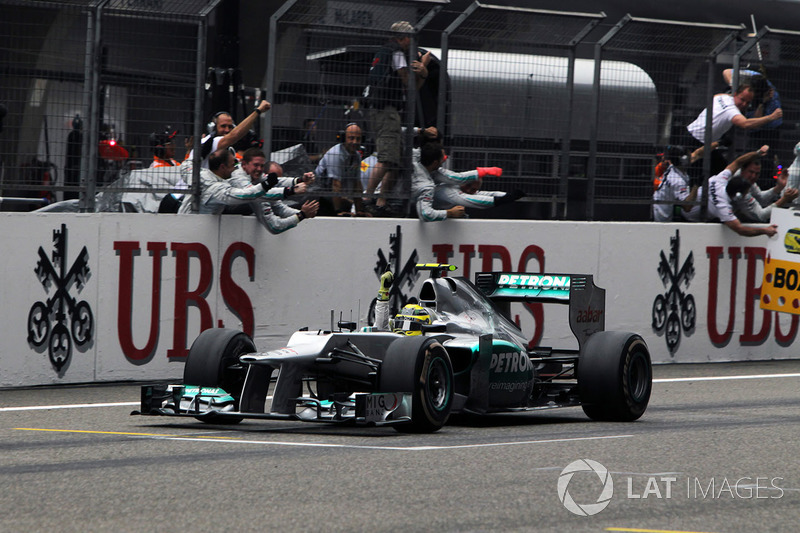 There will be sceptics looking in on this and at the whole concept of taking racing cars into climate change affected areas. As you mentioned earlier motorsport has some really good things going for it as a showcase for technology, driving sustainability and change. It's  unrivalled, really, but also, there are some negative perceptions of the sport as well. So do you believe fundamentally that motorsport is a good platform for good causes?

Oh, totally, I'm hundred percent convinced of that. And let's not forget that even Formula 1 has done a lot of good in the mobility sector in the past. I mean, they were, they were absolutely at the forefront of developing turbos, which we know have made engines a lot more efficient. They're at the forefront of the developing the whole hybrid technologies, which a lot of the car manufacturers have now brought into their road cars.

So F1 has always done a lot of good, maybe they need to talk about it a little bit more. We know that, particularly now going forward. And so yes, motorsport has to position itself in that way. And there's a massive opportunity to use the whole reach that motorsport has, and to really take people along on this journey on this journey of making all of our futures more sustainable.

Hamilton "jumped" at chance to start own XE team

Why latest Hamilton-Rosberg battle won’t have the same edge

Extreme E at the Goodwood Festival of Speed