Renault Formula 1 team principal Cyril Abiteboul admits that conversations about a possible future Red Bull engine supply could take place at the highest level between the top bosses of the two companies. 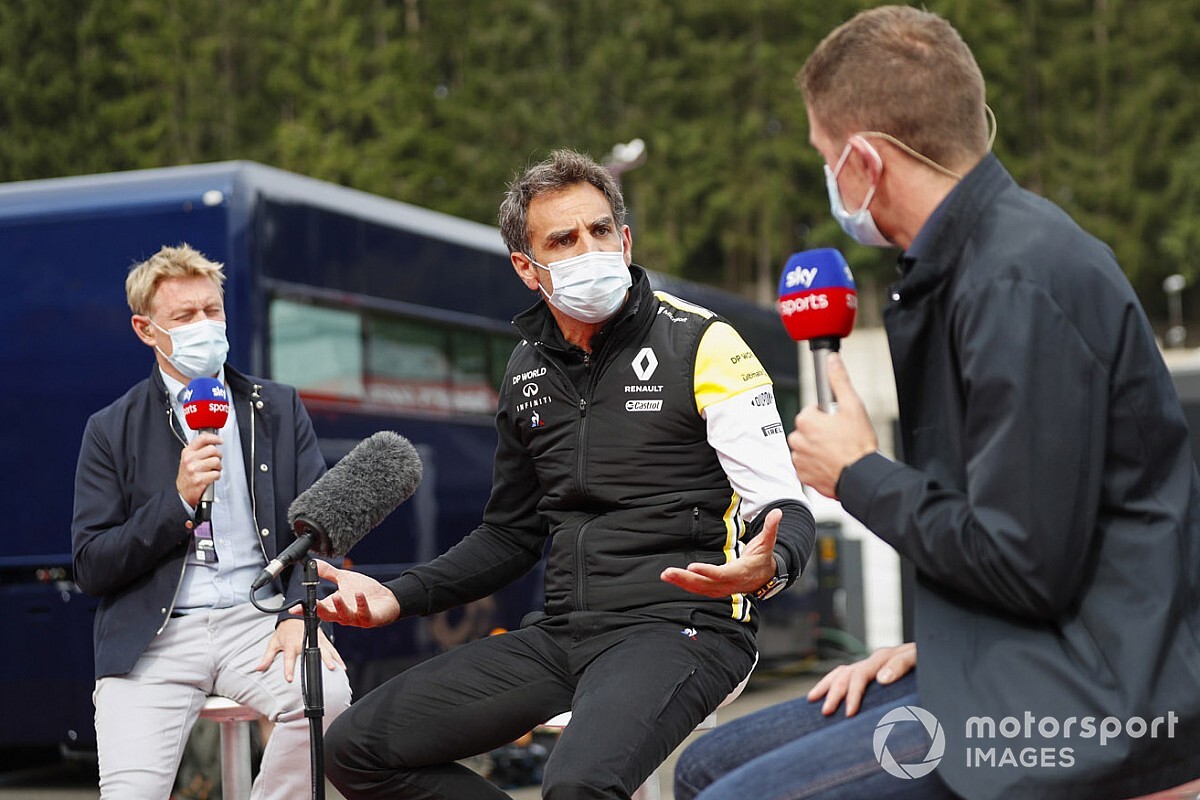 Abiteboul acknowledged that the matter might be decided by new Renault CEO Luca de Meo and the Austrian drink company’s boss Dietrich Mateschitz, rather than by their respective representatives in the F1 paddock.

The strained relationship between Abiteboul and Red Bull’s Christian Horner and Helmut Marko is seen by observers as a potential stumbling block on the way to a possible reunion between the two companies, who worked together until 2018.

Renault remains a strong option, unless Red Bull finds a way to retain the use of Honda’s technology, which will inevitably be a more expensive route.

The FIA regulations will oblige Renault to supply RBR and AlphaTauri from 2022 if they haven’t already agreed a deal.

Intriguingly on the grid prior to the Eifel GP either Horner or Marko or both were seen talking to Abiteboul, Ferrari team principal Mattia Binotto and Daimler CEO Ola Kallenius.

De Meo was also present at Nurburgring, and was caught on camera with Horner, Marko and Abiteboul in the Red Bull motorhome on Sunday morning.

“If you're asking about the level of the discussion, I think Helmut has always been my point of contact for these discussions,” said Abiteboul when quizzed by Motorsport.com.

“So I would expect that he remains so. Having said that you are right, Dietrich Mateschitz knows Luca de Meo. So maybe there will be some discussion going on there.

“There is no such discussion at this point in time. I think first Red Bull is still in the aftershock of Honda's announcement, which may or may not have been news to some persons in Red Bull, it's not clear to me.

“But anyway I think they are still trying to take stock and understand the options. And when comes the time, I guess they will look at what the regulations allow them to do.”

Abiteboul says there’s no hurry to discuss a deal, as the rules on engine supply don’t kick in until early next year.

“And as I said on many occasions we know that regulation, but we also know that it's not before a while, it's not before mid-May that we could be requested to supply an engine to whichever team doesn't have a contract in place for '22.

“So there's lots of time as you can measure in F1, between today and mid-May. God knows what can happen. And we'll bridge that gap when we get there."

Asked by Motorsport.com about his high profile chats at the Nurburgring Horner did not deny that engines came up in conversation.

“Obviously, there are three current suppliers remaining past the end of 2021,” he said.

“So it's only natural that we will engage in discussion with those parties. We've got a bit of time on our side to evaluate all the options.

“So inevitably though there is always going to be a discussion about engines when you're without one for the 2022 season.”

Tsunoda set for F1 test debut at Imola next month