In 1996, Jacques Villeneuve's Formula 1 career with Williams was taking off. In the 19 September issue of Autosport magazine, the second-generation Canadian and his manager Craig Pollock explained the nuances of having the right agent in your corner

Every year there's a flood of young hopefuls trying to make it into F1, but some have a better chance than others. These are the guys who, in addition to GSM phones and carbon fibre briefcases, already have the ultimate driver accessory - the personal manager.

It's not just the new boys who need a hand. Damon Hill was always rightly proud of the fact that he made it to the top on his own, doing his own deals direct with Frank Williams. It's only recently that he's sought outside help, but he didn't choose a man steeped in the intricacies of the ruthless F1 world.

Many observers have suggested that perhaps Hill's associate, inexperienced in this delicate poker game, seriously misjudged the situation at Williams. The value of a streetwise manager had never been better illustrated. Jacques Villeneuve and Heinz-Harald Frentzen both have such a man on their side, and they are in the most sought-after seats in F1 next year...

There have been agents and such-like around since Jackie Stewart's era, looking after the affairs of the superstars, but the last five or six years have seen the growth of a new phenomenon. These are men who link up with future stars in their formative years, sign long-term deals for an appropriate cut of their earnings, and guide their every move on the way to the top. In the paddock they became as closely associated with their drivers as the wives or girlfriends, and very often they stay around longer than the latter.

Some managers are well known names in their own right, such as former drivers Keke Rosberg - who masterminds the career of Mika Hakkinen - and Huub Rothengatter, who plucked Jos Verstappen from karting. Some became famous in the slipstream of their charges, like Willi Weber, who has steered the Schumacher brothers' every move. Others have long been familiar faces in the paddock, such as Ortwin Podlech, who saved Frentzen from the wilderness, and previously worked with Rosberg and Thierry Boutsen.

Is it possible for a young start to make it without a manager?

"My gut feeling is in this day and age, no they can't," says Craig Pollock, the sun-tanned Scot who has looked after Villeneuve for the past five years. So how does a driver find the right agent? 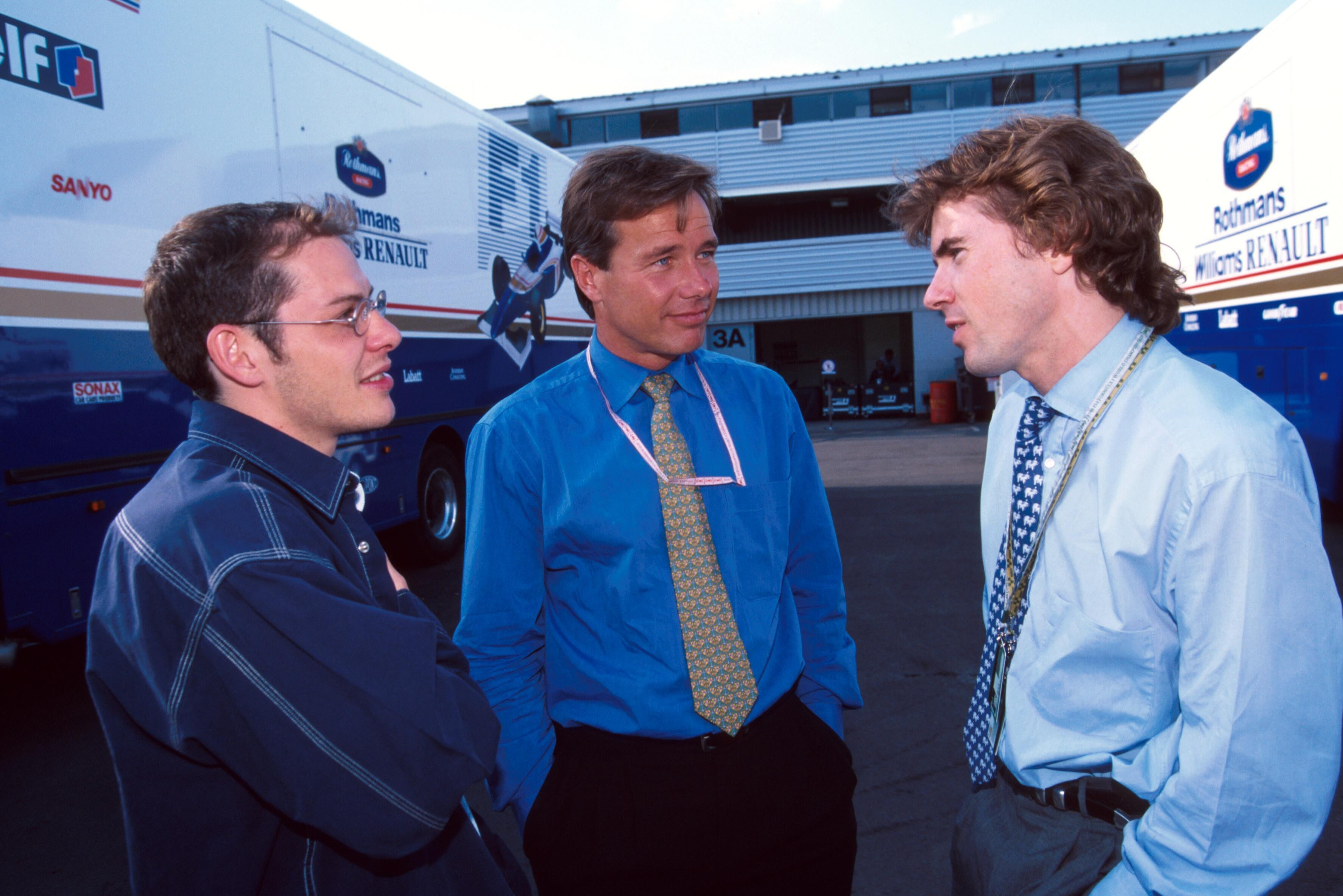 Villeneuve and Pollock meet Paul Stewart in the paddock at Silverstone

"If they trust the person and are happy with the results," says Pollock. "But you cannot tell just from the first six months. You've got to give the other person a chance. On the other hand, these young drivers might have to make it within a year, or else they're out. I'd be very careful of sharks, but it's very, very difficult to see who the sharks are."

Villeneuve chose Pollock precisely because he trusted him. The Villeneuve name was a unique selling point, but Pollock showed faith in the young man's talent at a time when most had written him off.

"You need an awful lot of patience and a certain amount of expertise in very broad areas. I don't think you should ever be pushed in any one area or an expert in any one area, you've just got to be relatively good at what you're doing in many areas" Craig Pollock

They first met as a teacher and pupil at a Swiss boarding school populated by the children of the rich and famous. They stumbled across each other years later at the 1991 Japanese Grand Prix.

"In 1991 he was just a young lad from the past who came up to me," recalls Pollock. "There was no question of becoming his manager at that time. But I agreed to keep an eye on him and it developed from there.

"Three or four times he came to Switzerland to convince me to become his manager, not really knowing what he was doing. I think he needed somebody he could have confidence in at that time."

Villeneuve has his own version of their early days.

"Craig was involved in F1 and I started seeing him a little bit," remembers Villeneuve. "And the relationship was good right away. We became friends on the spot and I had a good feeling about it. I felt that it would be the right way to go.

"He knew me well, he knew how I was as a person and how I was as a competitor, and if he decided to work with me he'd be completely behind me and he would know what he had to deal with, and vice versa. 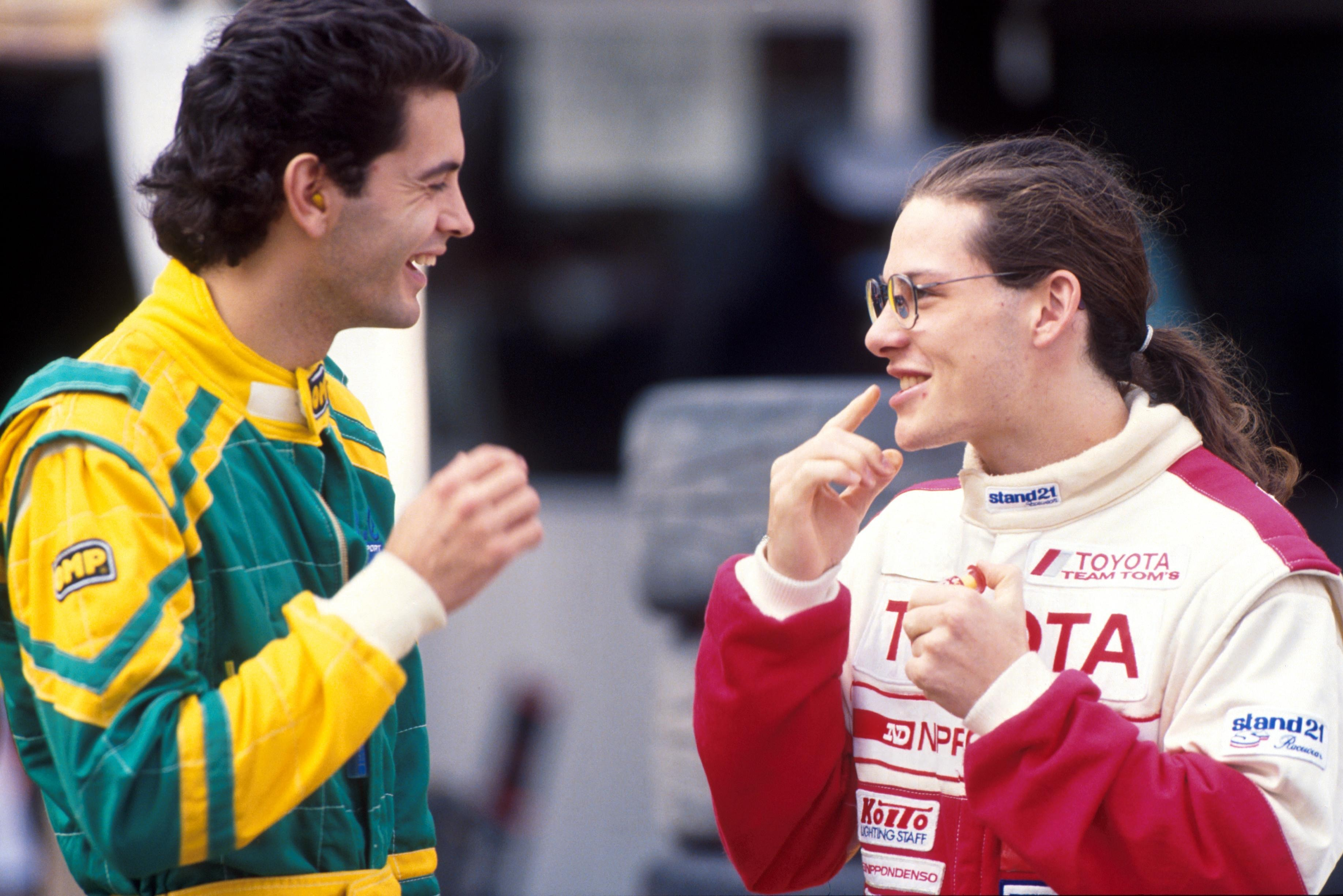 "He says it took a lot of persuading! It took a while, because he started by helping out a little bit when I left for Japan in 1992 and gradually became more important and more involved. I went to Switzerland a few times to make sure he didn't have a chance to say no."

For Pollock, putting his weight behind a guy who had only ever raced in Italian Formula 3 was a big decision.

"If I didn't think Jacques could make it, I wouldn't have taken a risk with my career either, because I was in a relatively sound position," he says.

The plan worked perfectly. In 1993 the Forsythe-Green team was set up with Player's cash, and after a year in Toyota Atlantic, the team and its driver moved on schedule to Indycars. Villeneuve won a race in his first year and both the Indianapolis 500 and the title in his second. But as early as April 1995, even before Indy, Pollock was at the San Marino Grand Prix undertaking some serious F1 negotiations.

"There was a very, very positive reaction," says Pollock. "Obviously the teams that were interested a couple of years ago were middle of the line teams. Teams that started to be interested at Imola were top teams.

"If you stay in the States your life is made without any problem, because of the Indy 500. There's no reason to take a step backwards if you're enjoying what you're doing in the United States. It was a question of making sure Jacques got into the winning team. We had our eye on one particular team right from the start, prior to Imola..."

Of course, steering a driver into the best team in the world is one thing, but there's plenty of day-to-day work to do as well. What makes a good manager?

"You need an awful lot of patience and a certain amount of expertise in very broad areas," says Pollock. "I don't think you should ever be pushed in any one area or an expert in any one area, you've just got to be relatively good at what you're doing in many areas. 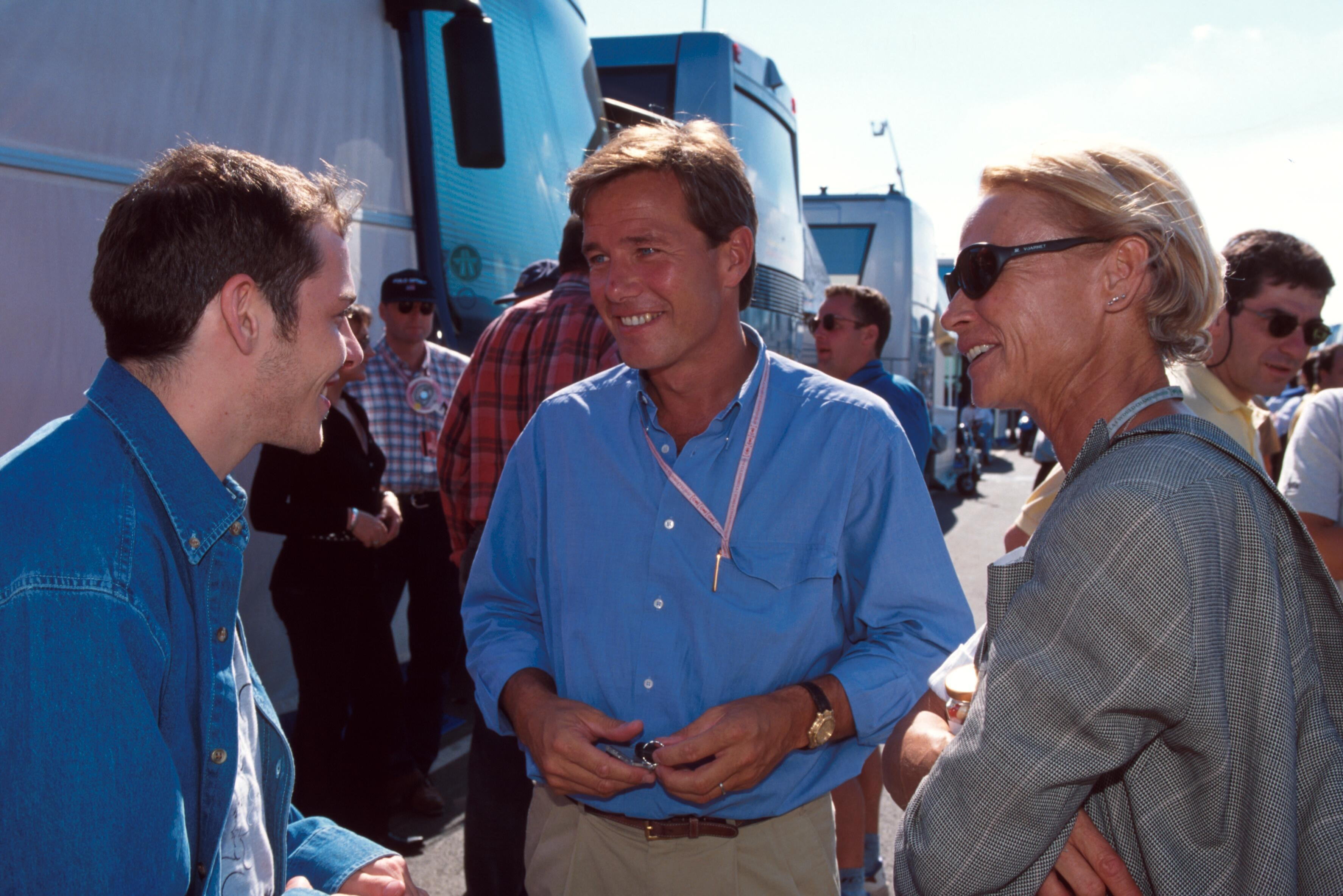 "There are tax problems, contractual problems, endorsement problems, sponsor problems, fan letters coming in all the time wanting to know more about Jacques. Basically what I try to do is make sure that the name is promoted as well as it can possibly be worldwide."

How has their relationship changed over the years?

"Of course it's changed from teacher/pupil to being a good friend," says Pollock. "As a teacher you cannot be a friend with every pupil, and you never try to be. I think a good teacher is a good salesman. The relationship between Jacques and me has developed from being a salesman selling him ideas so he could do things well, to actually being able to convince him that his is the best way to go on the business side of his career.

"I'm happy the way it is, because I can concentrate on the racing and have a couple of days of once in a while. If he wasn't there, I wouldn't have a day off and I wouldn't have the time to do all this side of the work anyway" Jacques Villeneuve

"Jacques has changed tremendously in the last five years in the way that a 20-year-old has turned into a 25-year-old. He's actually progressing into quite a good businessman. He's very lucid when it comes down to knowing when it's a good deal and when it's a bad deal.

"Five years ago he wasn't. He knows when to say yes and when to say no, and he's managed to retain an image which is very, very clean. He's got no skeletons in the closet."

And how does Villeneuve see it?

"Craig's done an unbelievable job and we work well together, and that's what's important. Not only do we work well, we're good friends, so we can go away from the race track and have a meal and a joke and a laugh, or have a drink after a race weekend." 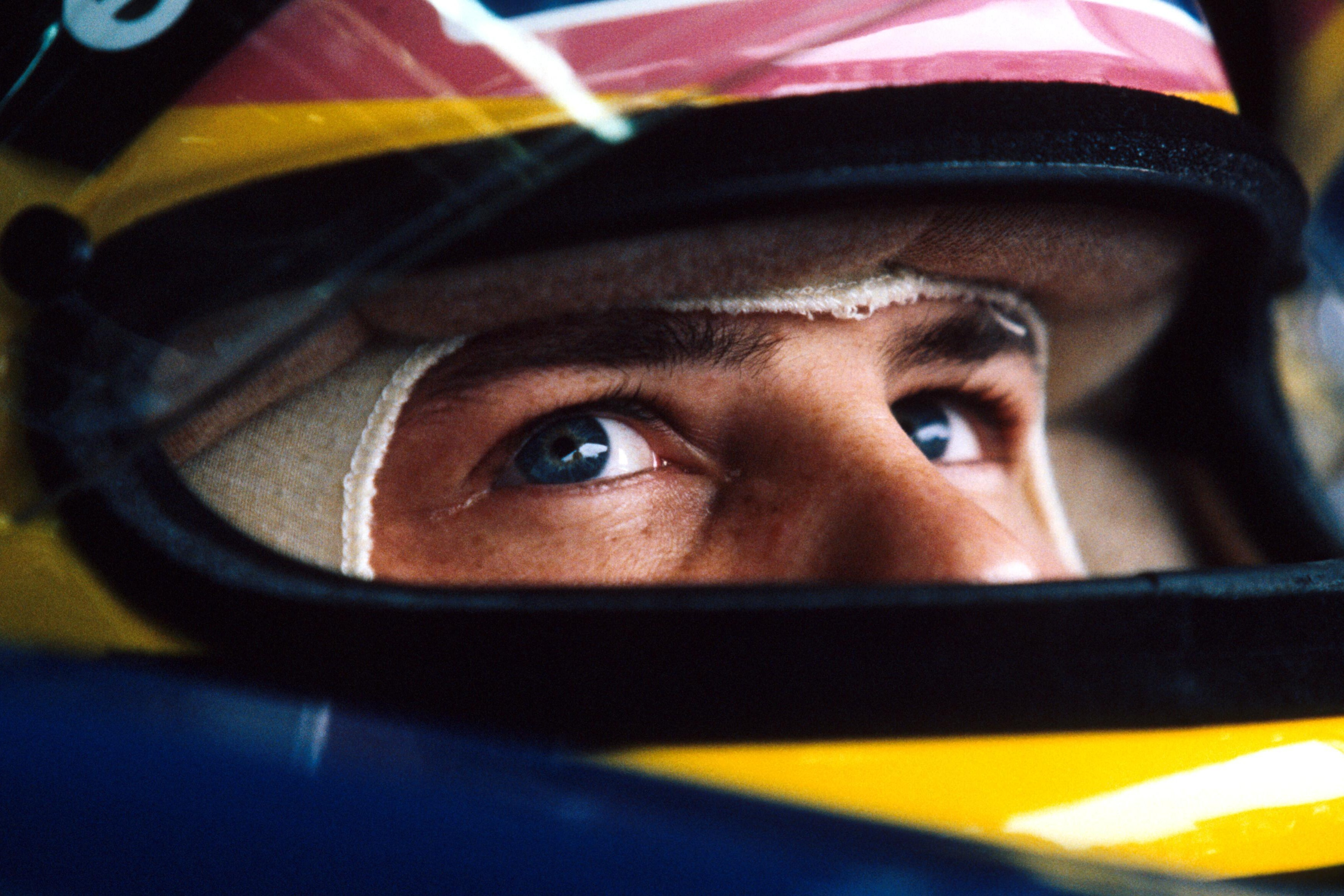 Do they ever disagree?

"He's got his ideas and I've got mine," says Villeneuve. "Two human beings can have discussions. He's looking after my interests, and his own of course, but they're usually after mine. It's still my career, so if there's something I'm really unhappy with, he's not going to push it."

Even with his newly developed business acumen, Villeneuve has no interest in doing everything himself.

"I couldn't do it without Craig, and as far as I'm concerned it's very important that you have someone like that behind you." 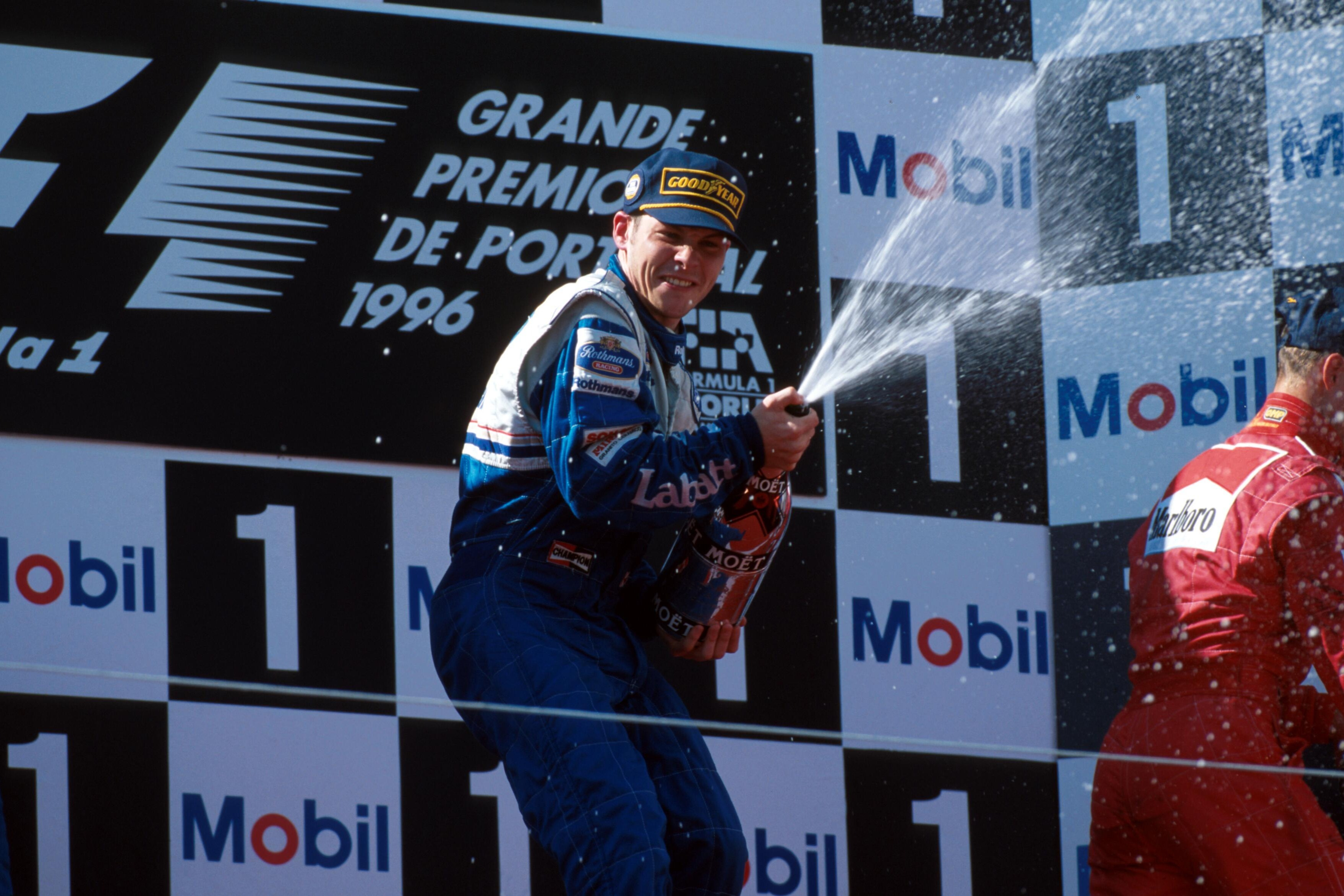