Ferrari kicked off its formal preparations for the 2021 Formula 1 season with a team launch on Friday from its famous museum in Maranello.

While the event did not provide us with a first look of the new SF21 – that launch isn't happening until March 10 – there was still plenty of insight from team boss Mattia Binotto and drivers Charles Leclerc and Carlos Sainz on how the winter has gone and what lies ahead. 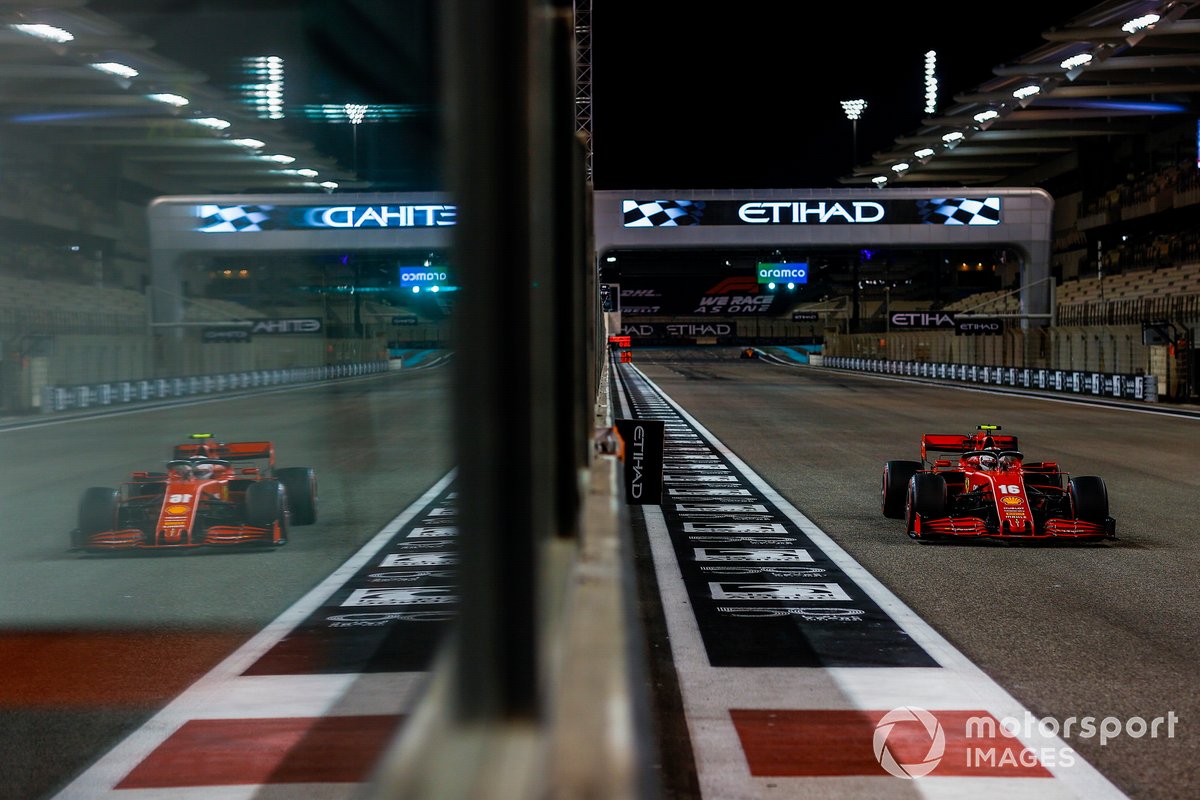 Ferrari’s 2020 campaign was derailed by a double whammy of a down on power engine and a too draggy car design. The combination punished Charles Leclerc and Sebastian Vettel a lot.

For not only were they slow on the straights, the deficit was such that it forced them to trim off the downforce not to be completely vulnerable – and that hurt them in the corners too.

Ferrari knew straight away last season that it needed to do things differently for 2021, and that’s why there has been a double push. An all-new engine will make its debut this season to address the lack of horsepower, and the SF21’s aero package has been overhauled to make it more efficient.

Team boss Mattia Binotto expressed some confidence about where Ferrari was at coming out of the winter work.

“Based on our simulations today, based on what we can see in terms of power output from the dynos, and the drag of the car from the wind tunnel, I think that we recovered quite a lot of speed on the straights,” he said.

“So I'm expecting the speed not to be such an issue as it was. We hope to be competitive, but we will know it only when being in Bahrain, because it's always relative to what the others are doing.” 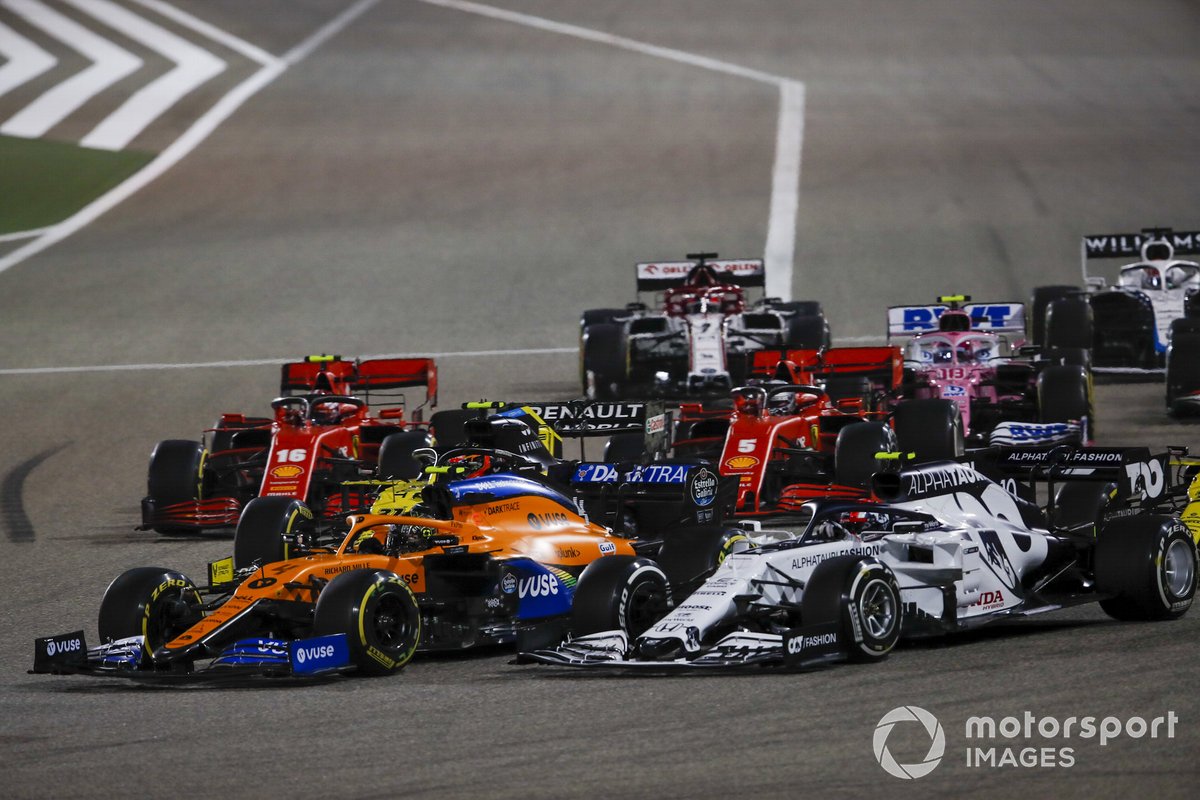 How Ferrari starts the season will decide a lot

While Ferrari knows that it cannot afford a repeat of last season, when it finished a lowly sixth in the constructors’ championship, the forthcoming campaign will not be one that it can throw everything at.

The looming arrival of F1’s rules overhaul for 2022 means teams need to focus as much resource as possible on the future cars. Fall behind on that now, and you will be paying the price when next season kicks off.

All teams are going to have to juggle splitting resources between the current cars and their 2022 projects, and Ferrari has come down on the decision of switching its efforts over early.

It means that it cannot expect to move forward during the 2021 campaign, so how it starts the year will pretty much define how the rest of the season shapes up.

“The 2022 car is such a big change that there is at least a minimum quantity of exercise and design and projects that need to be developed. So most of the effort will be there,” said Binotto. “That's why how the car is handling at the very start of the season is very important, because it's somehow the balance of performance we may see for the rest of the season.”

All eyes on Bahrain then, as a lot rests on how those first runs at Sakhir go. 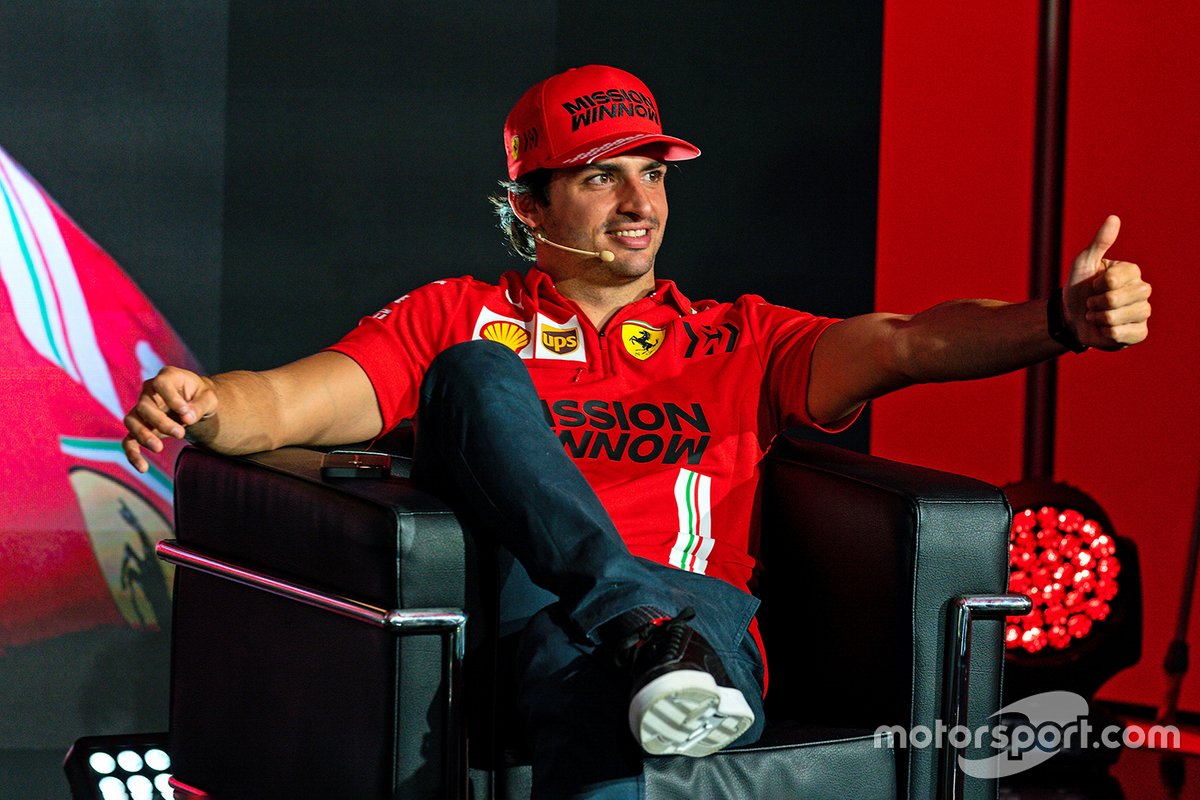 Carlos Sainz has secured a dream in landing a seat at Ferrari – but it comes amid tricky times for any driver changing teams.

New cost-cutting measures mean that pre-season testing has been cut back to just three days in total this year – that’s half of what was on offer last year. That means just one-day-and-a-half for each driver to get ready for the season.

The intricacies of getting a driver fully at one with new teams is complex, and matters have not been helped by Sainz being barred for joining the young driver test at Abu Dhabi last year. Ferrari has tried to help him on his way by getting him out in a 2018 car at Fiorano at the start of this year, and he’s done some Pirelli tyre testing too in a mule car.

However, both he and the team are clear that he faces an uphill challenge to get as on it as he would like by race one.

“My intention is obviously to be 100% ready for race one, but realistically, speaking on my experience of changing teams during all these years, it tells me that is very difficult to achieve," explained the Spaniard. “There's always experiences and feelings that you need to go through race by race, or race weekend by race weekend in free practices, in qualifying, and in the races. [And things] that you always end up learning during the races rather than testing.

“I mean one day and a half of testing per driver is not going to help for sure, but at the same time I'm going to try and count on my experience of changing teams lately and try to arrive to race one at my maximum level.”

Binotto added: “It will take still some more time. So, we are not expecting him to be fully integrated 100% at the start to the season, but again, each single day will be important. I believe he will be ready for the start of the season, if not 100%, very close.

“Because at the end he is not a rookie. He is a professional driver, he's got some F1 seasons on his back. So I'm pretty sure that he will manage very well the situation and be ready.” 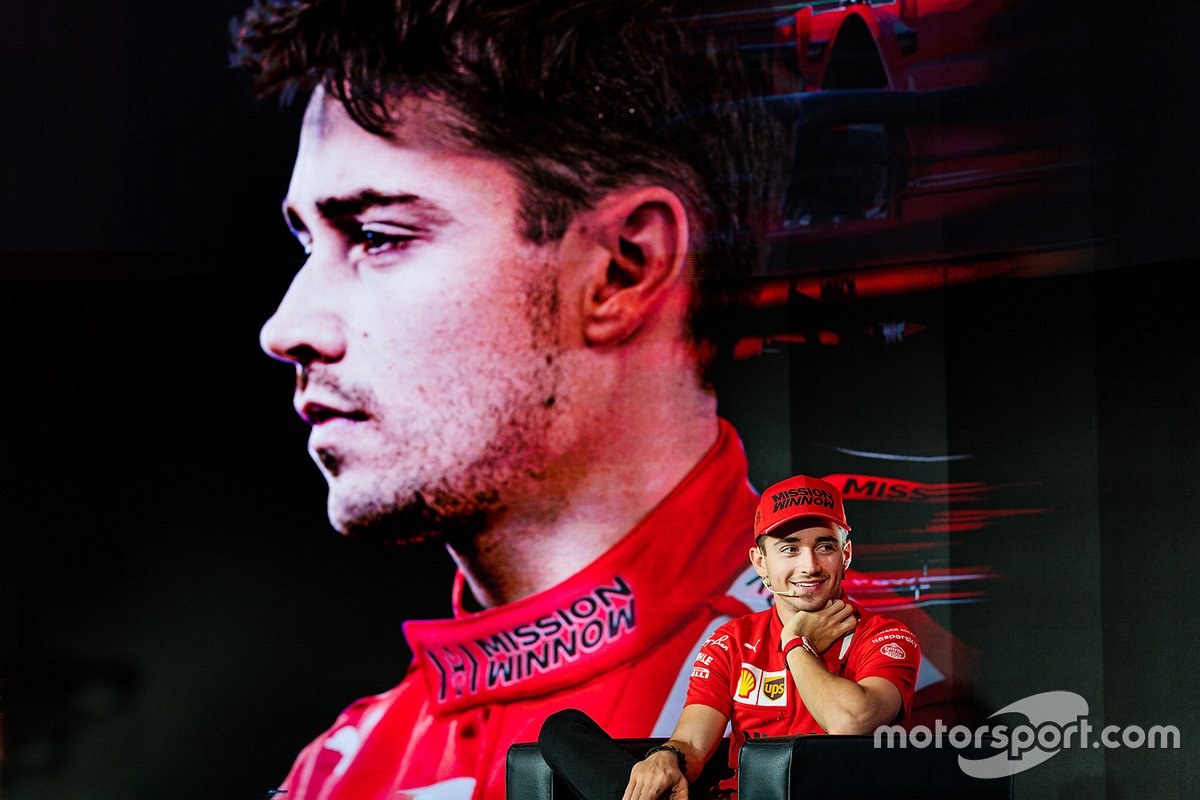 Having avoided catching coronavirus during the season, Charles Leclerc had his winter preparations derailed when he tested positive in January.

That meant a period of complete isolation while he recovered, and a great deal of uncertainty about how badly he would be affected. After all, Lewis Hamilton did not appear too great after catching COVID in Bahrain and returning in Abu Dhabi.

While the situation proved to be an annoyance for Leclerc, the good news is it did not have a lasting impact. And in fact, as he revealed at the launch, he has been closer to Ferrari and Maranello this winter than ever before.

“It didn’t hit me that bad, luckily, so I feel completely fine,” he said. “I’ve done some physical tests just after COVID to be sure that everything came back to normal, and it’s the case. So all good on that.

“I think I’ve never been in Ferrari as much as this season before the actual start of the season. We’ve also been doing quite a bit of tests with the old car, etc, so I feel very ready.” 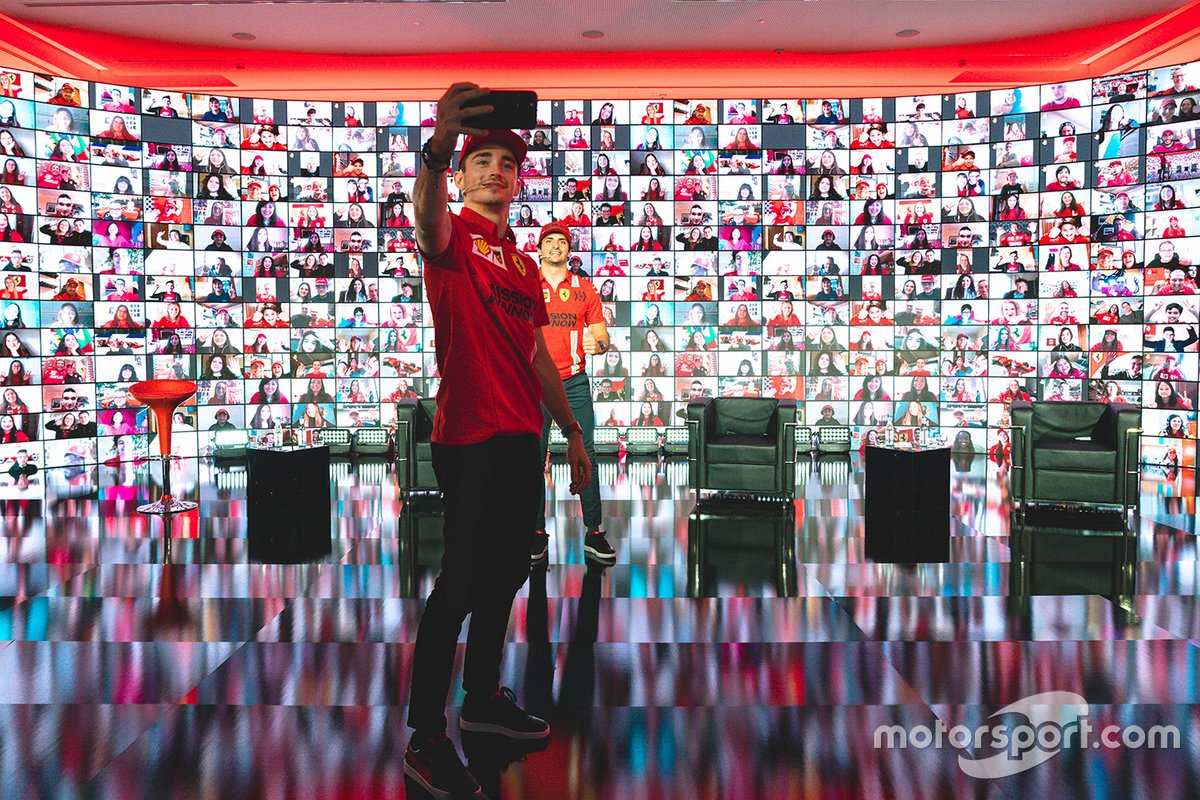 Sainz and Leclerc won’t go to war with each other

Ferrari has had its headaches over recent years thanks to some teammate troubles – especially the collisions involving Leclerc and Sebastian Vettel.

Amid a fight for supremacy between two drivers at different stages of their career, it was perhaps inevitable that the rivalry between them would heat up at times. With Vettel gone and Sainz coming in his place, it will be a clean slate for the team – and the early indications are of a better harmony within the garage walls.

With Ferrari on the back foot after a disappointing 2020, and Sainz not burdened by the expectation Vettel faced of anything less than the world title being a failure, the message is very much one of the current Ferrari line-up helping the team first over their individual expectations.

Leclerc said: “I think what’s most important is that we manage to do the separation of what happens on-track and off-track, and every time we are out of the car, we need to work together to try and push the team forward.” 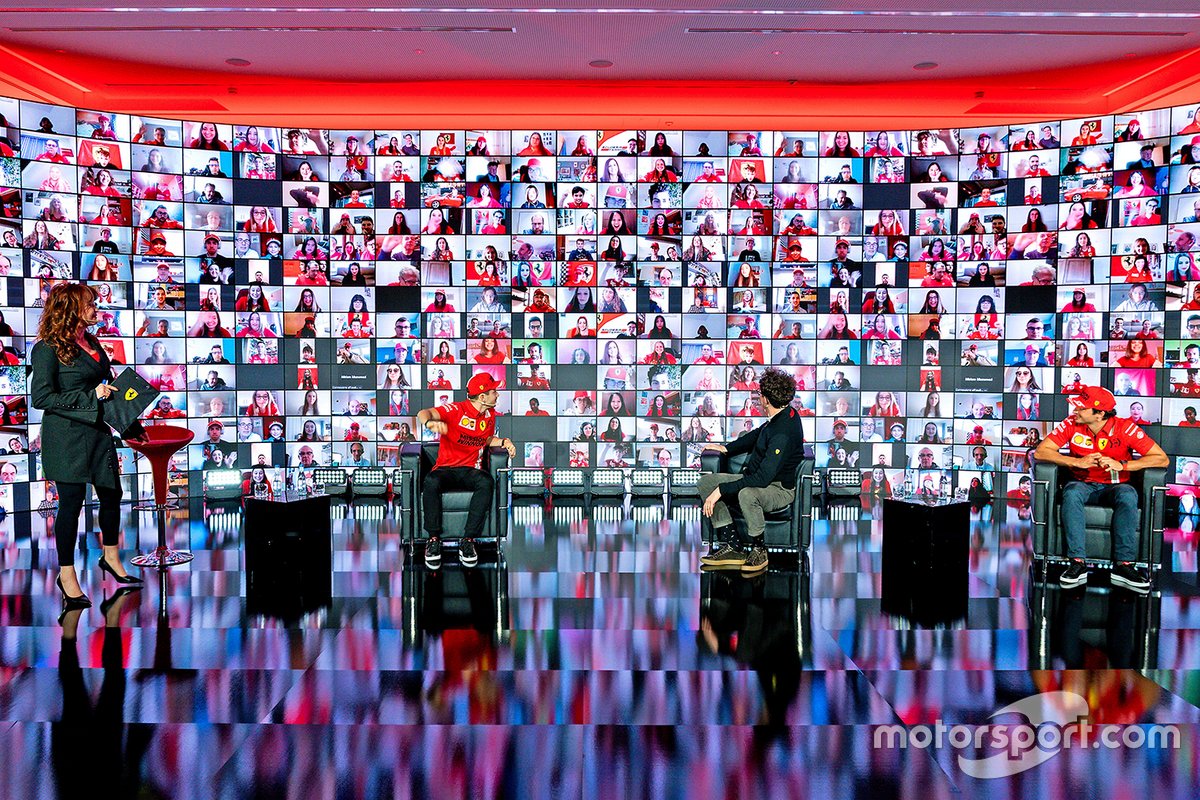 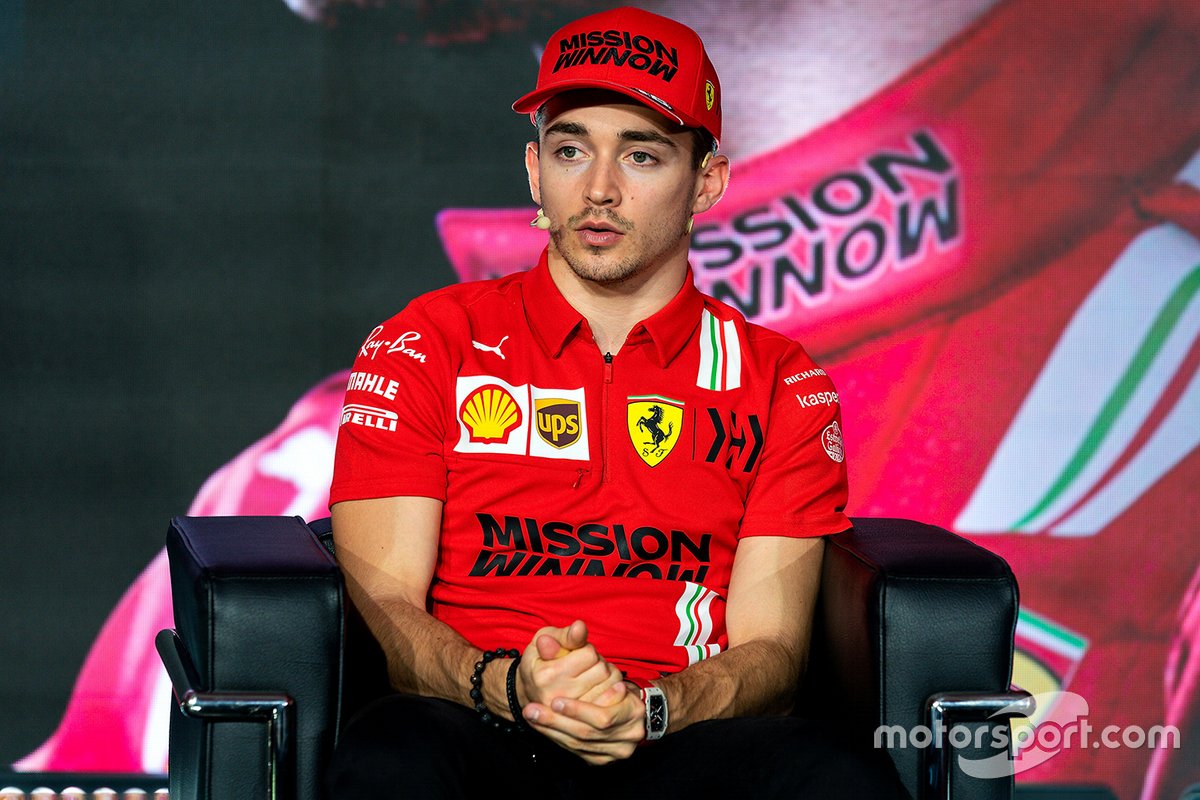 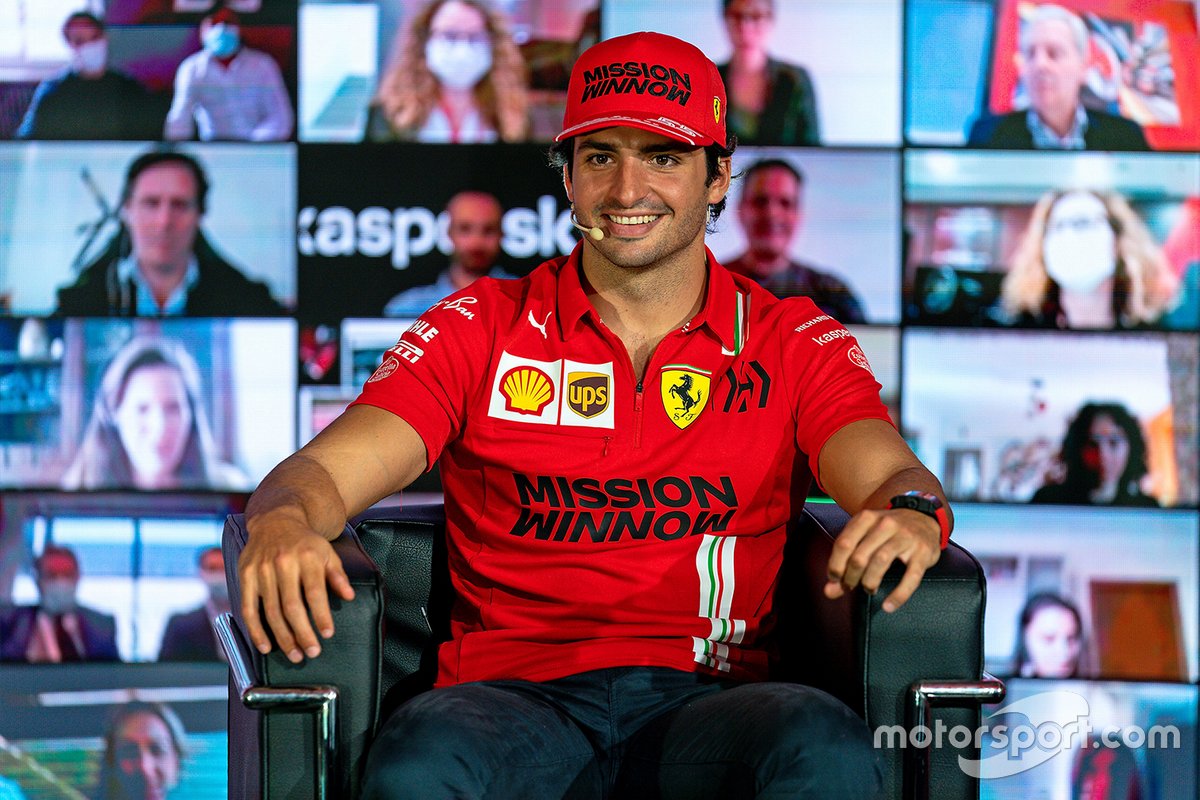 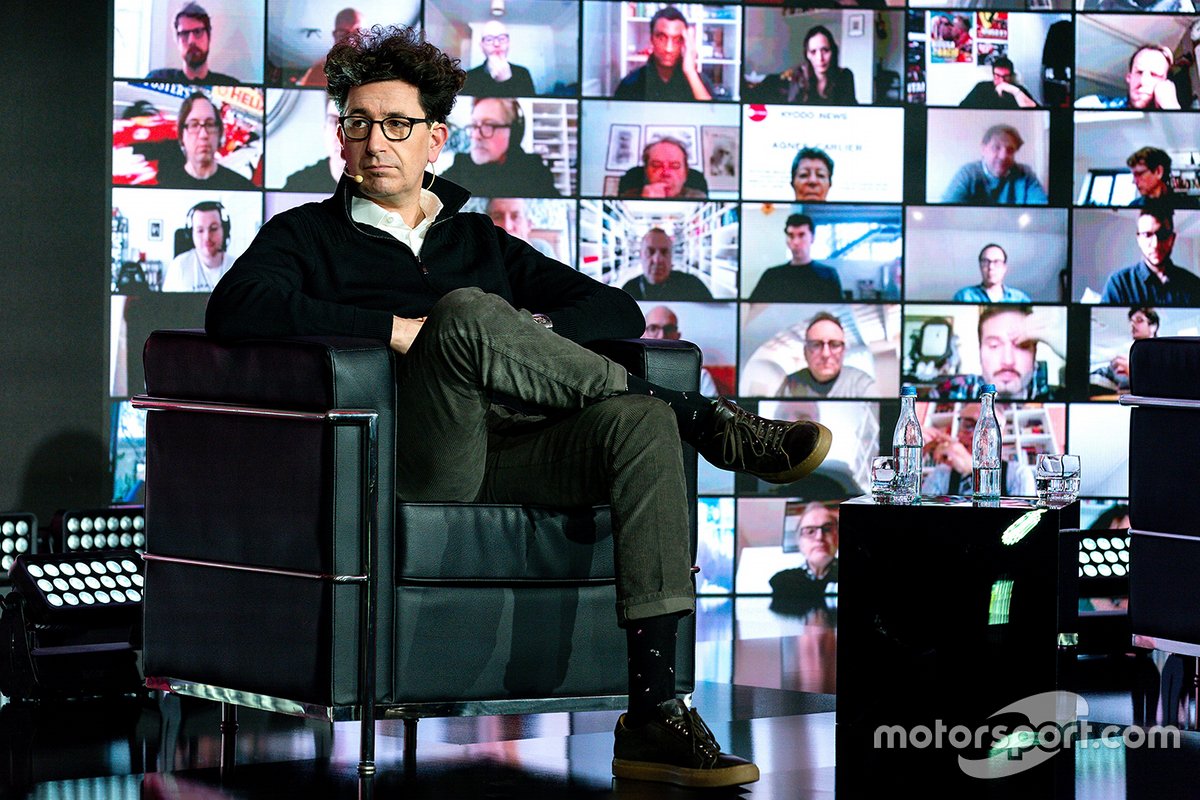 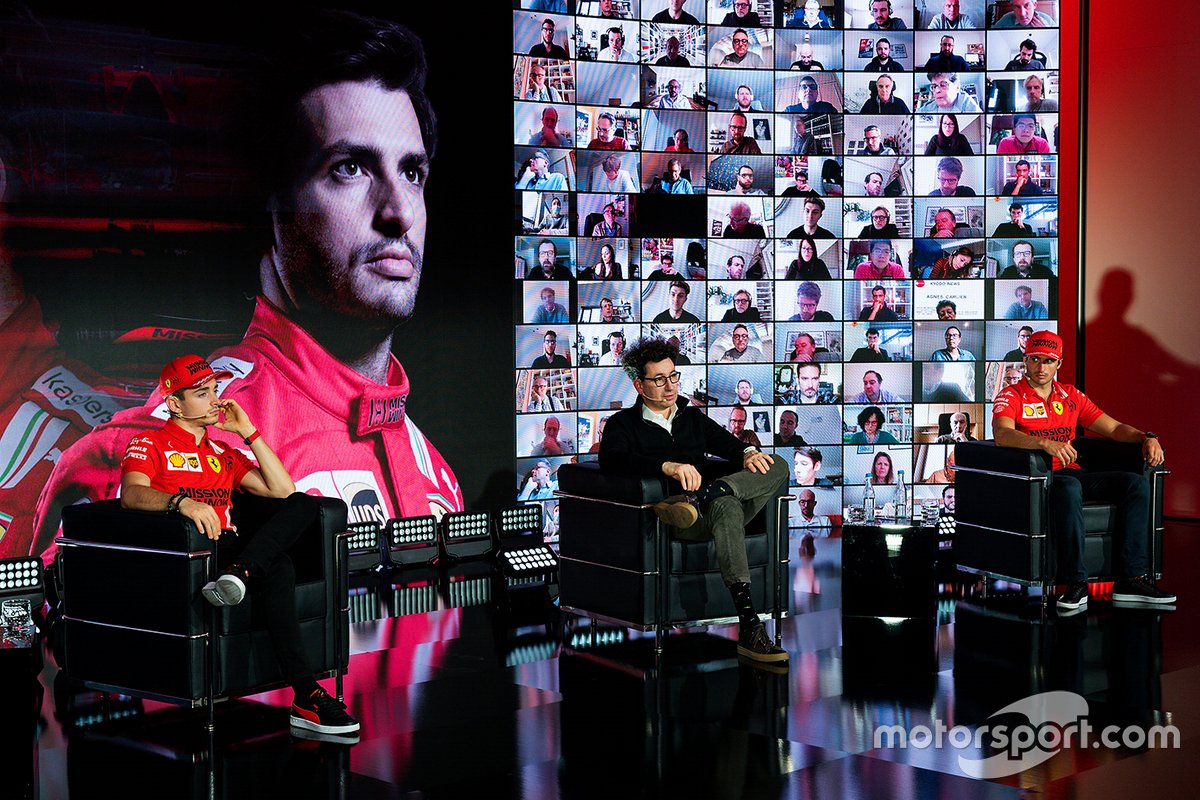 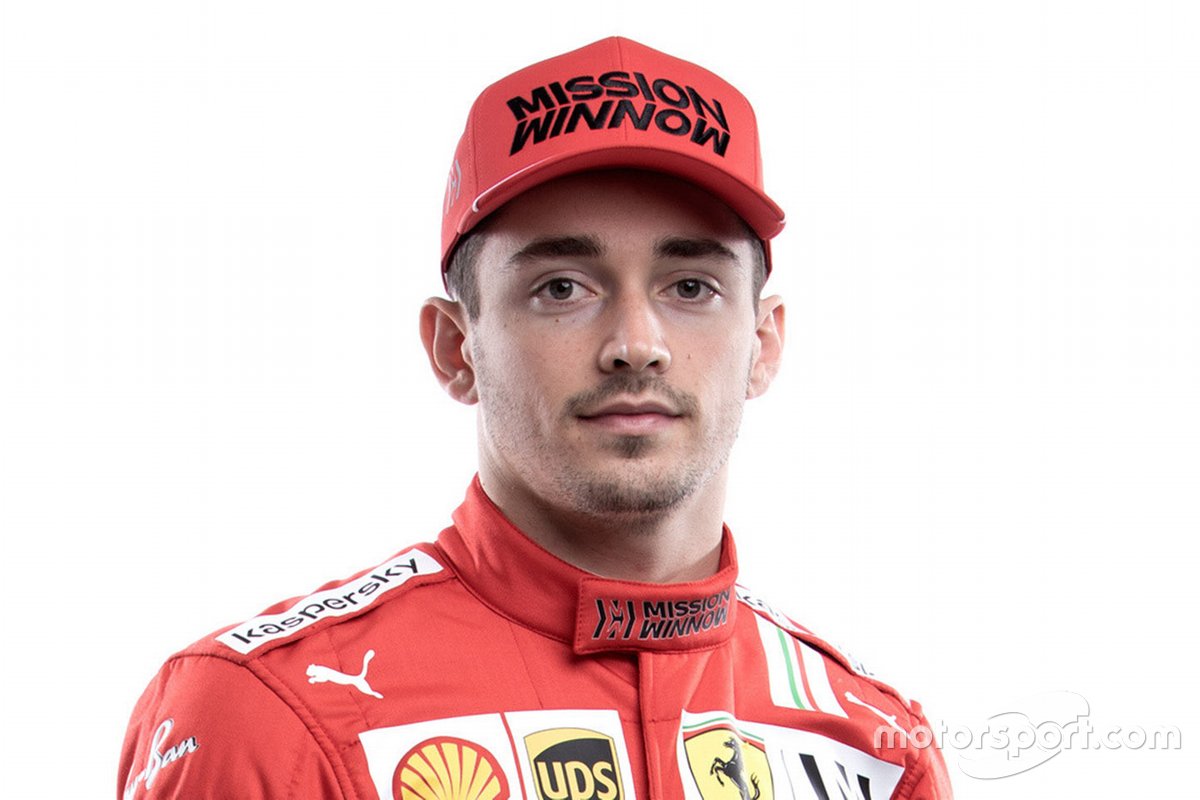 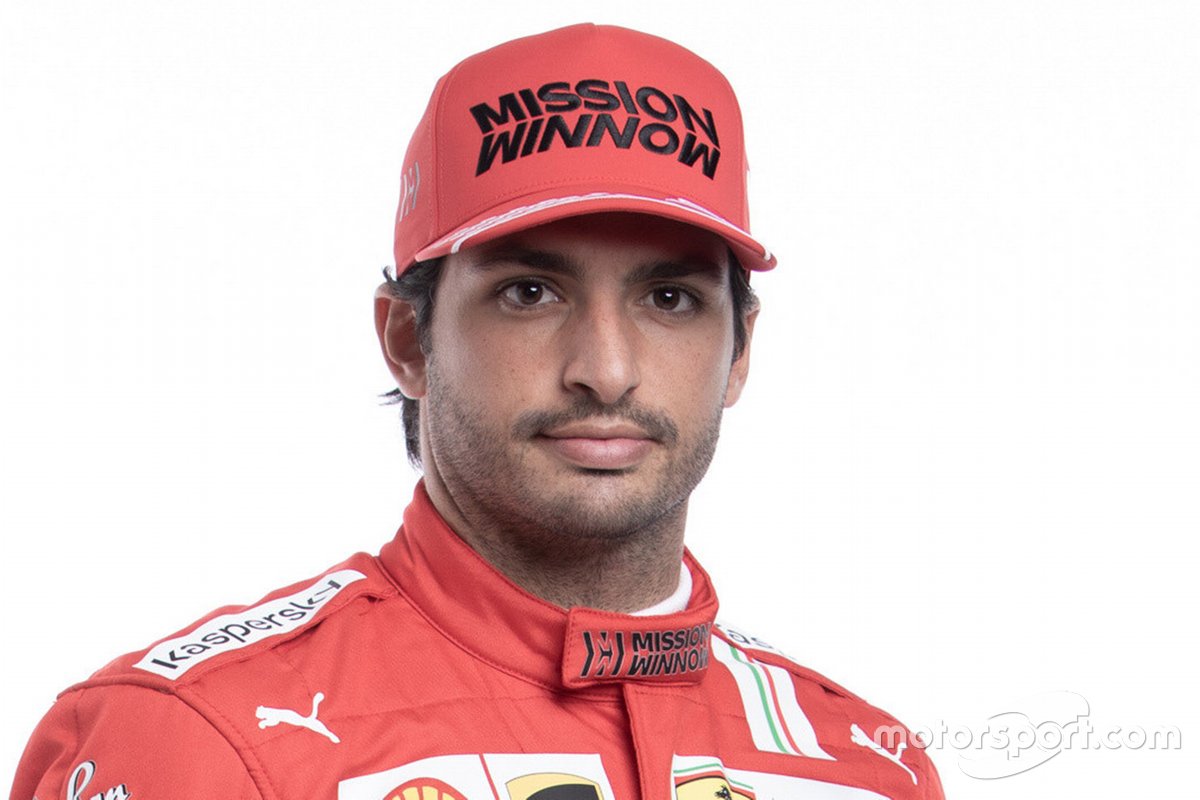 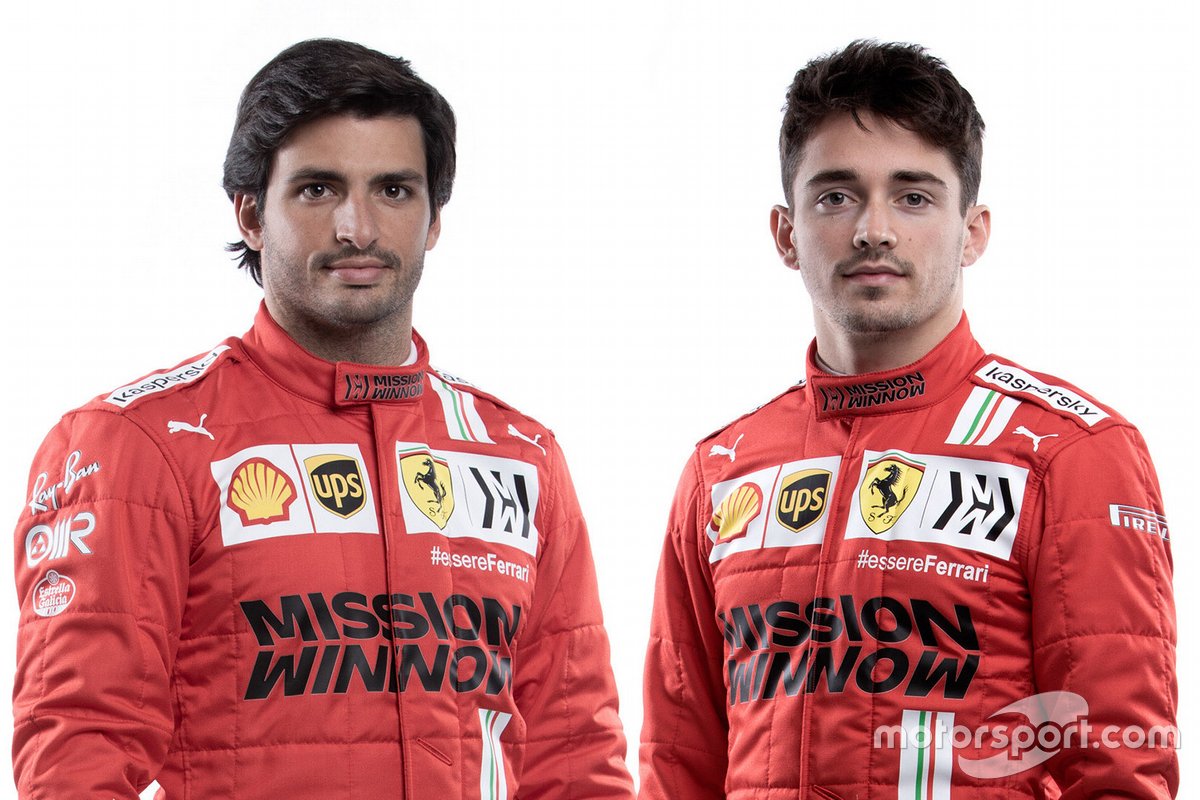