Monza not Ferrari's last chance to win in 2019 - Binotto

Ferrari boss Mattia Binotto is adamant his team will still have more chances to win in the remainder of the 2019 Formula 1 season, despite the last two tracks having clearly favoured his cars. 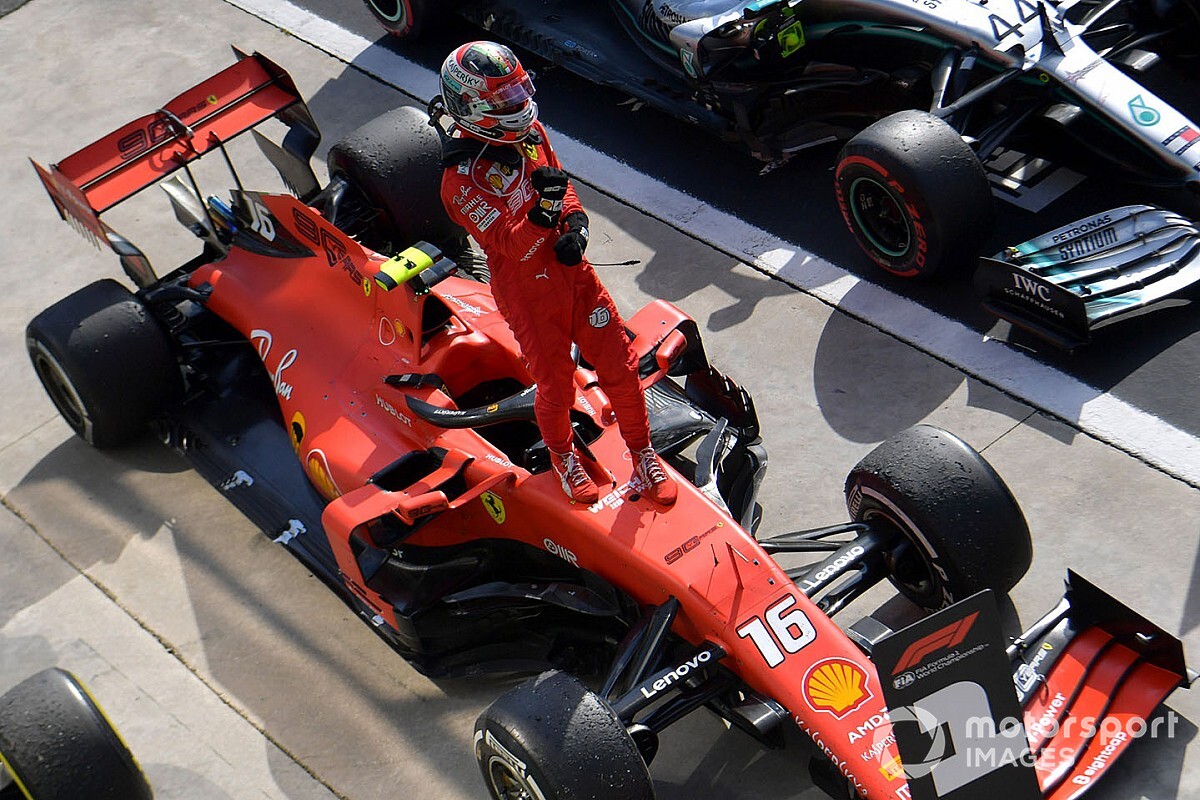 The low downforce and high-speed nature of Spa and Monza were expected to play to Ferrari's strengths, and the team duly came away with back-to-back victories for Charles Leclerc.

Those are Ferrari's only wins of the year so far, which led to predictions that it would struggle on more conventional track layouts for the rest of the year.

But Binotto pointed to the team's strong pace at other tracks earlier in the season as a sign that it could still challenge for wins elsewhere, while stressing that development was still ongoing and the current balance could change.

"We knew that these ones were tracks where we may have been competitive," he said when asked by Motorsport.com about future form.

"It was not a given, but certainly being power sensitive and having long straights it was important for us.

"It's important for us not to miss any other opportunities as we missed in the first part of the season, and the fact that we capitalised on the strengths of our car in these two races makes us very happy.

"What will be for the next races? I think it can be as good as the first part of the season.

"There will be races as it has been in Germany, as it has been in Canada, Bahrain, where maybe we can still be competitive, and races where the weaknesses of our car will not give us the possibilities to go for the win.

"But it's difficult to guess which one. It's important for us to continue to develop the car, continue to understand it, try to have the best balance, and give our drivers the best opportunities whenever they come.

"There are tracks like the next one [Singapore] where maybe the engine is not so important."

Binotto said the team's impressive straightline form at Monza was not only due to the switch to the latest Spec 3 engine, which the works cars used for the first time.

He believes Ferrari's aero package was an equally big factor.

"I think we should thank not only the new engine, which gives us speed and strength on the straights, but as well I think all the aerodynamic department, because the low downforce package we brought has proved to be a good one for the high speed," Binotto said.

"Certainly the speed you may have seen on the straight is not only down to the engine, but also the aero package we brought."

Asked about specific improvements for Singapore he said: "We are working certainly back in Maranello to add some downforce. Maybe a few bits will be there."

Vettel agreed that Ferrari can still shine at some of the remaining tracks on the 2019 schedule.

"Obviously going forwards we haven't been the favourites for this year's championship since far, far away," said the four-time world champion. "I think you don't need to be clever to make that out.

"But I think we still have some races coming where we will be probably more competitive than others, but overall it's just about getting a good weekend.

"I think the speed is there, so I'm not worried, it's honestly just a matter of putting things together. But we have a lot of races and a lot of time."