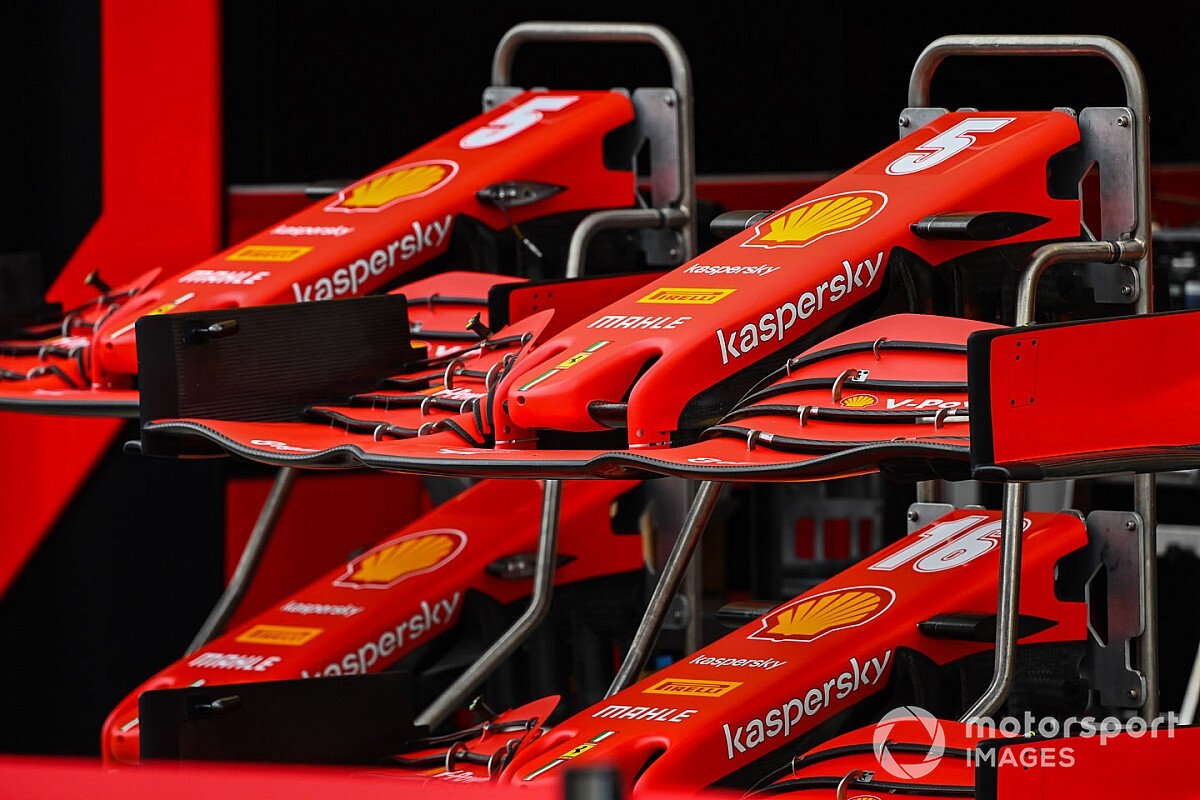 Sebastian Vettel believes Ferrari's updated car package is no "game changer", but says that the team is still lacking information on how good it is.

Ferrari has started the introduction of an aero revamp of its SF1000 to address flaws it discovered with its design in pre-season testing.

It managed to fast-track an introduction of a major update package to last weekend's Styrian Grand Prix, which had originally been planned for the Hungarian race.

However, the team lacked enough meaningful running with it thanks to poor weather and then the first-lap collision between Vettel and Charles Leclerc.

The car specification will remain unchanged for this weekend, with Ferrari's focus since the Styrian race having been on replacing the parts that were broken last weekend.

While there is some optimism that there has been an improvement, Vettel said ahead of the Hungarian Grand Prix that hopes of a major step forward have not materialised.

"We know that the parts have worked," he said. "We would have liked them to be obviously a game changer: it doesn't look at this stage, like that.

"But then again we have to confirm them in real race conditions. So I think it will be interesting and we are excited about seeing where the car will be tomorrow and then especially in the race."

While Ferrari struggled to match rivals on the straights at the Red Bull Ring, the team is not expecting the tighter Hungaroring to be much better for its car.

Leclerc said: "I think realistically we are struggling with the performance at the moment, so I don't think we can consider us fighting for podiums at the moment. But we try to change that. And we are trying to work as hard as possible to change this."

Asked if the nature of the Hungaroring, which is less power sensitive, would make it a better hunting ground for Ferrari, Leclerc said: "So, again, a difficult one as last year I think we were also struggling on this track.

"This year we have a different car. Hopefully the changes made on the balance will help us, but I doubt it will be a very different picture to the previous weekend. So I'm expecting that it will be a similar picture."