Ferrari's self-sabotage is handing 2018 to Mercedes 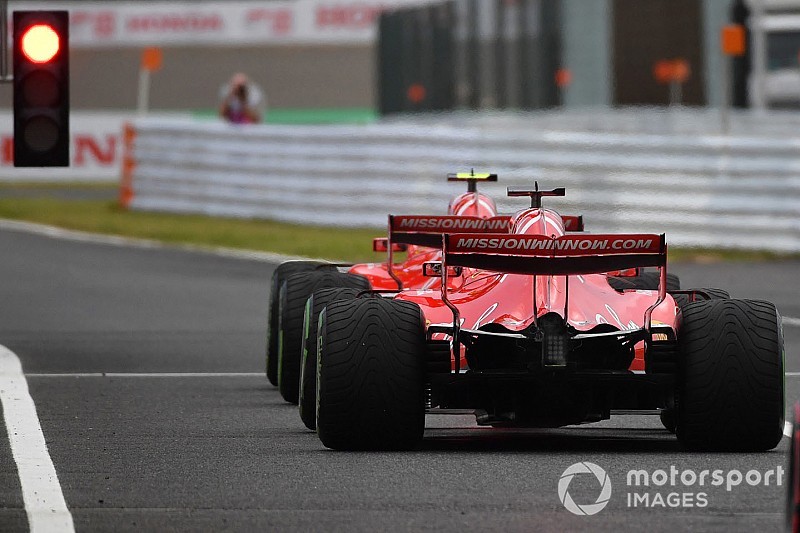 There's no question Mercedes now has the fastest car in Formula 1 again, and Lewis Hamilton is also in arguably his greatest form yet. But a run of unfathomably poor decisions by Ferrari at Suzuka made the title battle outcome even more obvious.

Pressure is a funny thing. Some thrive under it, others fold, and the Japanese Grand Prix laid bare the difference between a secure Mercedes team on the brink of yet another world championship double, and an insecure Ferrari squad seemingly intent on self-sabotage.

Lewis Hamilton's accomplished victory, taking pole position, leading every lap and only being denied a 'grand slam' by Sebastian Vettel's pace on the penultimate lap, was immaculate. But for Vettel, fastest lap was the most feeble of consolation prizes as he finished sixth after a weekend of mishaps both for himself and Ferrari.

Vettel wants to discuss clash with Verstappen in private