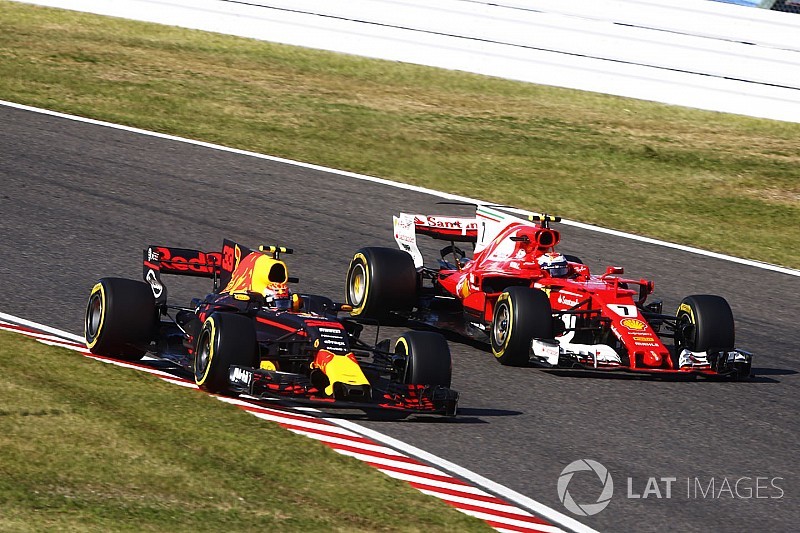 Mercedes boss Toto Wolff thinks the FIA should not be so harsh in punishing "hard racing" moves, in the wake of Max Verstappen's United States Grand Prix penalty.

Verstappen lost a podium finish in Austin when he was given a five-second time penalty for cutting a corner when overtaking Kimi Raikkonen for third place on the final lap of the race.

The decision to sanction him caused huge controversy, with many people upset that there was a lack of consistency from the stewards in how it dealt with abuse of track limits.

Last year's F1 Strategy Group agreed a push for the FIA to be more liberal with dealing with track limits, and only sanction moves that caused accidents or risked putting another competitor in danger.

Wolff thinks that such an approach is what is needed right now, and that moves like Verstappen should not be pounced upon so quickly by the FIA.

"My opinion is we should let the guys race, but if someone is unfair and is using the track in a way he shouldn't to his advantage, then penalise him," he said.

"If it is just hard racing and you are just trying to make your way through, then we shouldn't penalise too quickly."

Fellow Mercedes chief Niki Lauda wants the issue of track limits to be discussed at next month's Strategy Group meeting, after claiming the Verstappen decision was the "worst" he had seen in F1.

Red Bull boss Christian Horner backs that idea up of taking the matter further, but says that the issue was already supposed to have been sorted.

"We have discussed it before," he said. "We have said let the drivers race, let them get on with it, and then decisions like this get made. I just think it was a bad judgement by the stewards."