Haas Formula 1 team boss Gunther Steiner hopes that his drivers pay more attention to their pit boards in the future after they were black-flagged in Monaco GP practice.

Following an IT failure in the garage, the team could not communicate with Kevin Magnussen and Romain Grosjean by radio, and did not have any data from the car's telemetry.

When the drivers initially failed to respond to a pit board message asking them to stop, the team requested help from the FIA.

Both drivers eventually saw the black flag at the startline, and returned to the pits. After the problem was fixed they were able to rejoin the session.

"We had an issue with the IT equipment," said Steiner. "We had no data anymore, nothing, no radio, we couldn't contact them and we couldn't see what the car was doing. They needed to come in quick.

"We put the pit board out but they didn't see it, so we came up with the idea let's ask race control to give them the black flag so they'll come in. That's what we did. Everybody got a little too excited about it.

"We were a little bit creative there, and asked for some help to get them focussed to come in. They got in and then we fixed the problem and we got out the last 20 minutes."

Asked about the eventual response to the black flag, he said: "They should look at the pit board as well! I think they will now in future, if for more than five laps you don't hear anything on the radio in Monte Carlo something must be wrong." 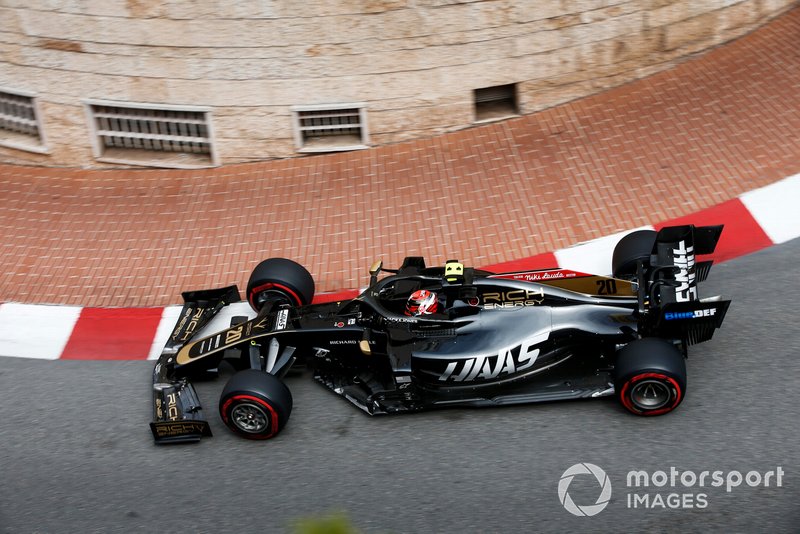 Magnussen gave the team some encouragement by taking seventh place in FP2, although he was beaten to "best of the rest" honours by Toro Rosso's Alex Albon.

However the early signs are that the team has got its tyres working well this weekend, although Steiner suggested it was more related to the move to soft compounds than any change in approach.

"It's a different tyre compound, the soft family," he said when asked by Motorsport.com. "I said before the race I hope we can get them to work here. Pirelli told me that will be possible, and they seem to be working.

"There are also lessons learned, whenever you have difficulty, you learn quicker. The main thing is that we are in the family of the soft tyres, we're in the C3, C4, C5 here, that''s the biggest difference.

Asked if the team can lead the chase of the top three he said: "We will go for it. We've qualified seventh and eighth quite a few times this year, so it looks like the car is competitive here.

"So it could be possible. It's so tight here because the lap is short, so many variables here, more than any other place, and the gaps between the cars are minimal."

"So everybody need to be perfect, and if somebody else has a more perfect lap than you, then he's in front of you. I think we have quite a good car and good drivers, so why not?"