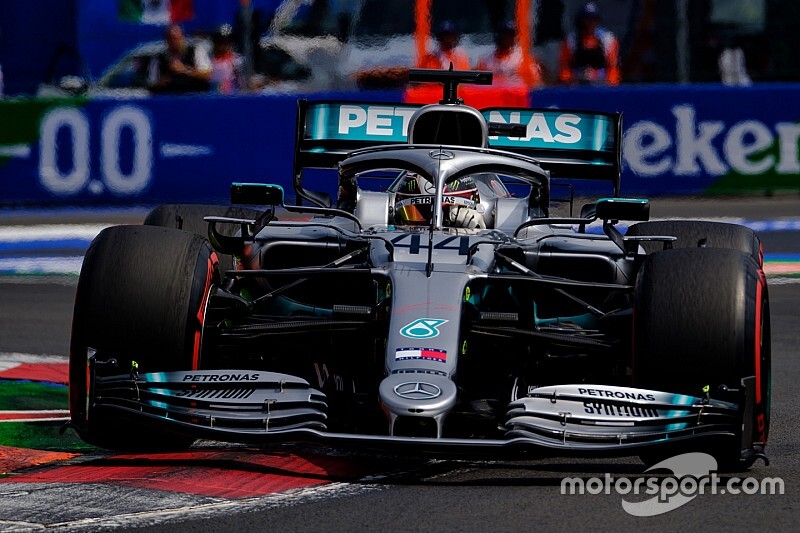 Bonnington – nicknamed Bono and one of the most recognisable behind the scenes voices in Formula 1 - missed the Mexican GP and will also skip the US GP as he recovers from a medical procedure.

Hamilton and Bonnington have won four titles together, having been together since Hamilton joined Mercedes in 2013.

With Bonnington out, Hamilton's regular performance engineer Marcus Dudley stepped up, and Dudley was in turn replaced by Dom Riefstahl, who is usually factory-based and looks after Mercedes' race support team at Brackley.

The Mercedes team made the call to pit Hamilton early on a one-stop strategy, with the hard tyre lasting double the number of laps some teams had expected as Hamilton eeked out victory in Mexico, at one of the squad's weakest tracks in recent years.

"With the build-up, knowing Bono wasn't coming, I'm thinking, jeez, in this intense fight for this championship, you could look at it as a disadvantage," said Hamilton.

"But me and Bono pulled together – he did a huge amount of work as did Marcus and Dom who've both stepped up into new roles.

"I've never worked so closely with Dom before and Marcus stepped into big shoes. It's not easy to work alongside a world champion in this sport, who generally demand quite a lot.

"I have experienced him [Marcus] as my number two and he kind of knew how it worked and he's generally a very laid back individual.

"And then on top of that, Bono was on the radio, we were texting all weekend and I really just wanted to make him very proud this weekend.

"He's devoted so much of his life to me for these seven years. I'd like to think that I can be really proud of today's performance, particularly with the damaged car and the stuff we went through at the beginning."

After the victory, team boss Toto Wolff said the performance proves a "deep strength" in the Mercedes squad.

Asked how Dudley did, Wolff replied: "Phenomenal job, not easy. Also managing Lewis in the race.

"It shows we have a strength, a deep strength in the team, and Bono stepping aside for one race and handing over the baton, Marcus did a really good job together with Dom."

Abiteboul: Renault has to cut out "chaotic" weekends