Lewis Hamilton says "he wouldn't have have moved" and he and Charles Leclerc "would have collided" during the Italian Grand Prix, if he was not targeting the Formula 1 title. 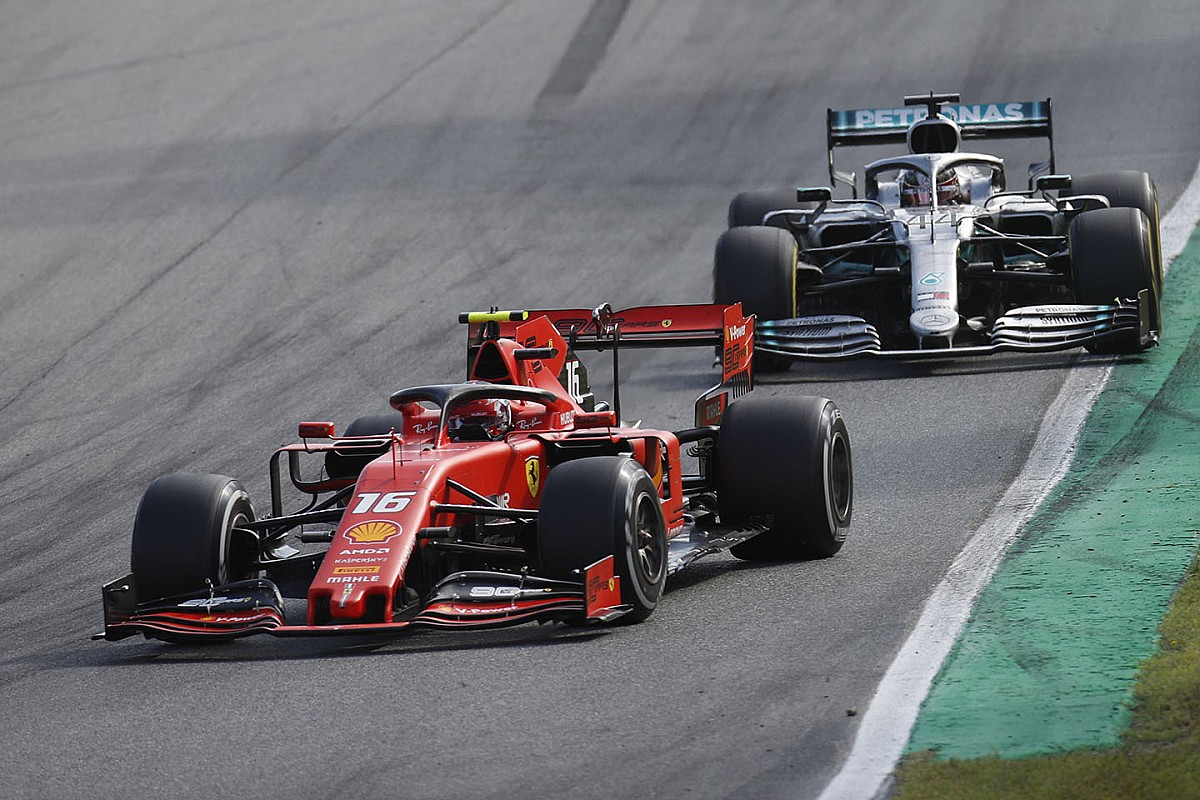 On the first occasion, Hamilton moved to the outside at the Roggia chicane and was forced onto the run-off as Leclerc squeezed him to the right, and on the second Leclerc moved across through Curva Grande, forcing Hamilton to back off.

Hamilton has built a commanding lead in the championship and is zeroing in on a sixth crown, whereas Leclerc only claimed his first win in F1 last week and is not in title contention.

Leclerc also admitted after the race that his first experience of Monza as a Ferrari driver was "the first weekend in my life where the only thing I've got in my head is winning".

In the heat of battle Hamilton suggested Leclerc was being "dangerous", but reflecting on the race afterwards Hamilton did not believe Leclerc got carried away or showed a "lack of respect", describing the incidents as having a "couple of close moments".

"We don't have a problem, we're not in a fight," said Hamilton. "I congratulated him straight out of the car. I think Charles is one of the most respectful drivers.

"This is the first time I've come wheel-to-wheel with him as such. When you arrive at a new driver you learn how they approach different scenarios.

"And maybe you position the car differently, maybe I'll do a better job next time."

Hamilton's pursuit of Leclerc was similar to his chase of Kimi Raikkonen last year, when he eventually passed Raikkonen with a relatively routine pass around the outside at the first chicane.

He did say he may discuss the battle with Leclerc in private should the opportunity arise.

"We could probably talk about it in private together but it's nothing major and we continue to race," he said.

"I'm looking forward to many more races together."